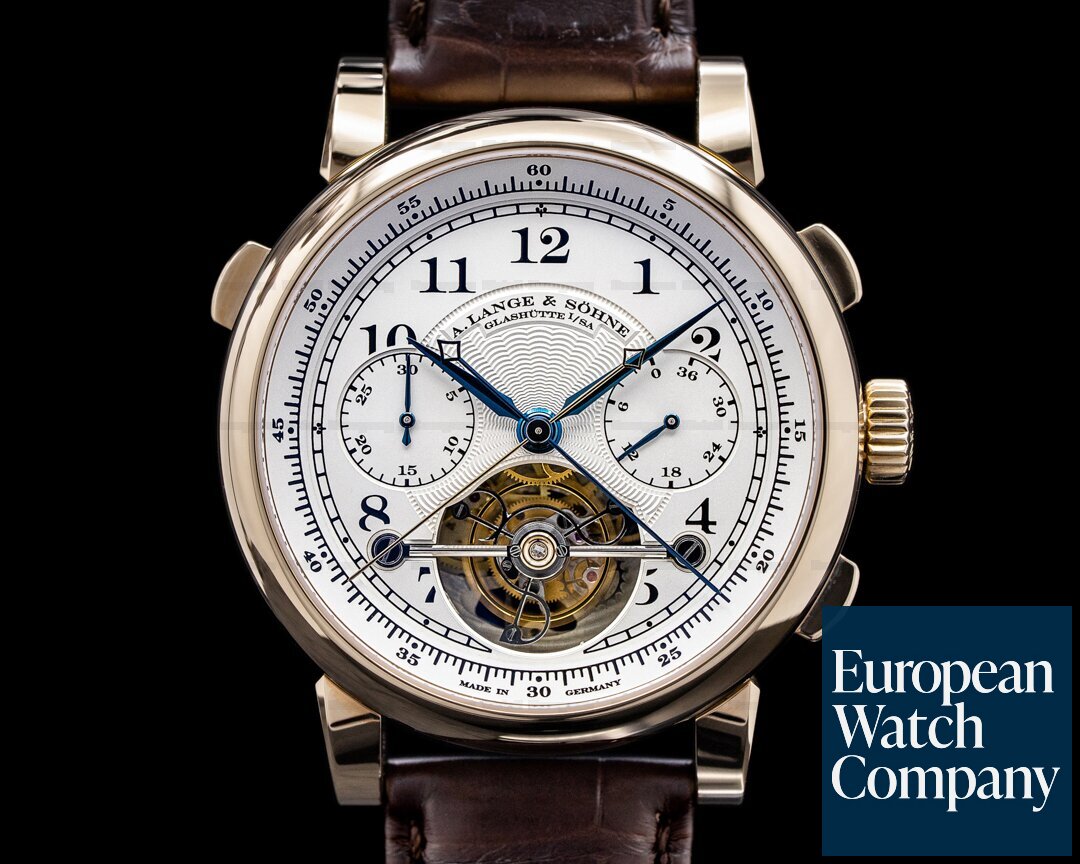 This is an 18k honey gold A. Lange & Sohne Tourbograph "Pour Le Merite" "F.A. Lange Homage 165th Anniversary 712.050. It includes an alligator leather strap with an 18k honey gold tang buckle and scratch resistant sapphire crystals. It has a signed pull-out winding crown, rectangular arched chronograph push buttons, a rectangular arched rattrapante push button on the left-side case band at 10 o'clock, and it has an exhibition sapphire display crystal case back secured with 6 screws and it's engraved in high relief with "A. LANGE & SOHNE – LIMITED – GLASHUTTE I.S.A.," a serial number and hallmarks. The 41.2mm diameter solid round three-body case, curved lugs, and convex bezel, are polished/brushed. It has a solid 18k white gold dial with silver finishing with a center guilloche circle, black Arabic numeral hour markers surrounded by a black railway-style minute/second chapter ring, and the perimeter has an angled black 60-minute flange with Arabic numerals every five seconds. It has blued dagger-shaped hour and minute hands, a blued 60-second sweep hand with a diamond-shaped counterbalance, and a fourth gold split-second rattrapante sweep hand also with a diamond-shaped counterbalance. There are twin silver recessed subsidiary dials with black Arabic numerals, markers, and blued dagger indicator hands including a 30-minute chronograph totalizer at 9 o'clock, and a 36-hour power reserve at the 3 o'clock position. The large tourbillon cage is at 6 o'clock with the balance, pallet lever, and escape wheel. It has a 36-hour power reserve, it's water resistant to 30 meters/100 feet, and the 14.2mm thick case, dial, and movement are all signed. This A. Lange & Sohne Tourbograph "Pour Le Merite" "F.A. Lange Homage 165th Anniversary 712.050 has a mechanical manual winding A. Lange & Sohne caliber L903.0 tourbograph column wheel rattrapante flyback movement. It has polished beveled edges, hand engraving, and it's constructed with over 1,000 individual components (84 in the tourbillon cage), 43 jewels (41 rubies and 2 diamond endstones), heat blued screws, an anti-shock system, and the mechanism oscillates at a frequency of 21,600 vph (3Hz). The extraordinary A. Lange & Sohne Tourbograph "Pour Le Merite" "F.A. Lange Homage 165th Anniversary 712.050 was released in 2010 in a limited edition of only 50 examples worldwide. It was the first watch to include a 636 component fusee-and-chain, a rattrapante, and a tourbillon, and it was the first Lange created with the proprietary honey gold alloy with a Vickers hardness of over 300 that's superior to platinum. The tourbograph was invented by the late horological genius Gunter Blumlein. 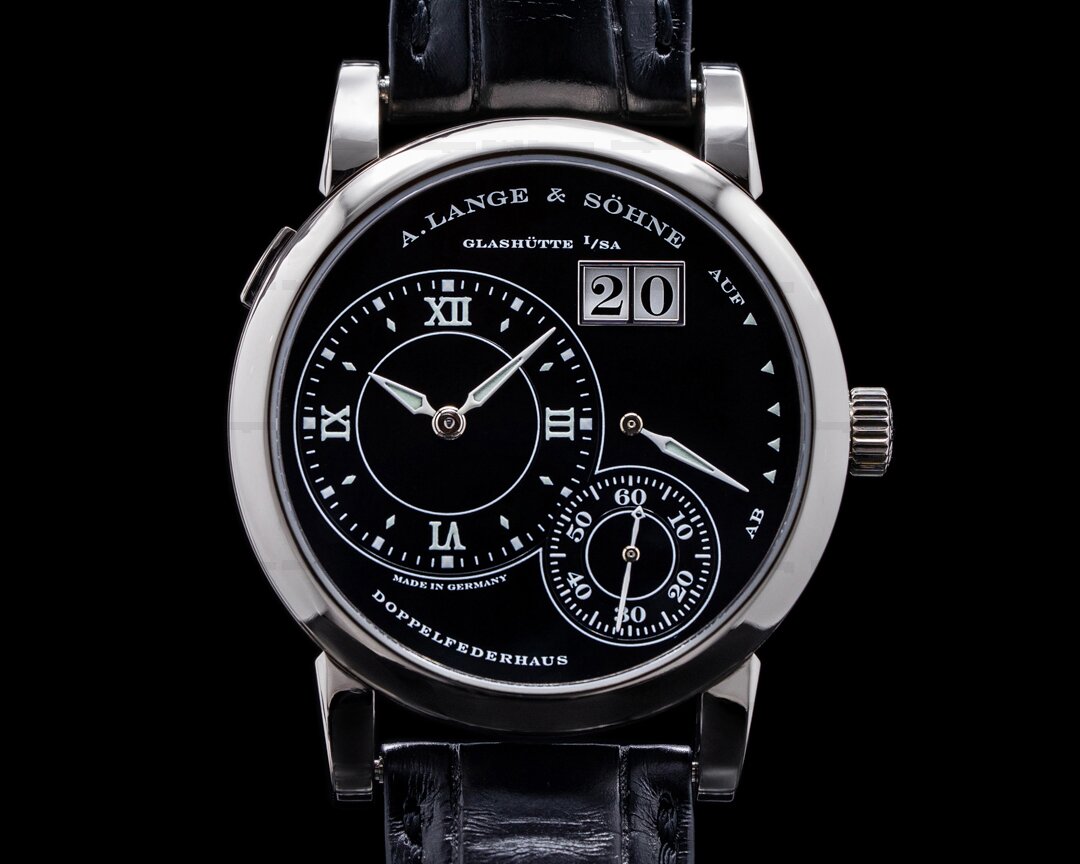 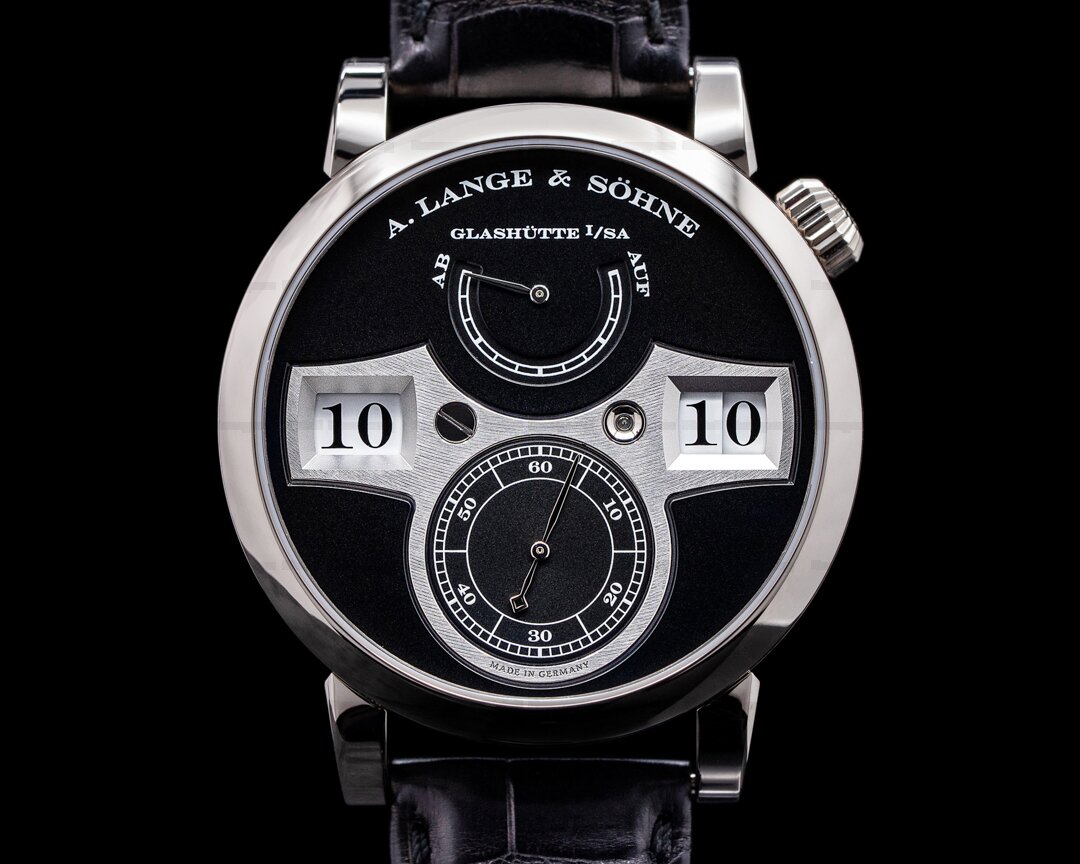 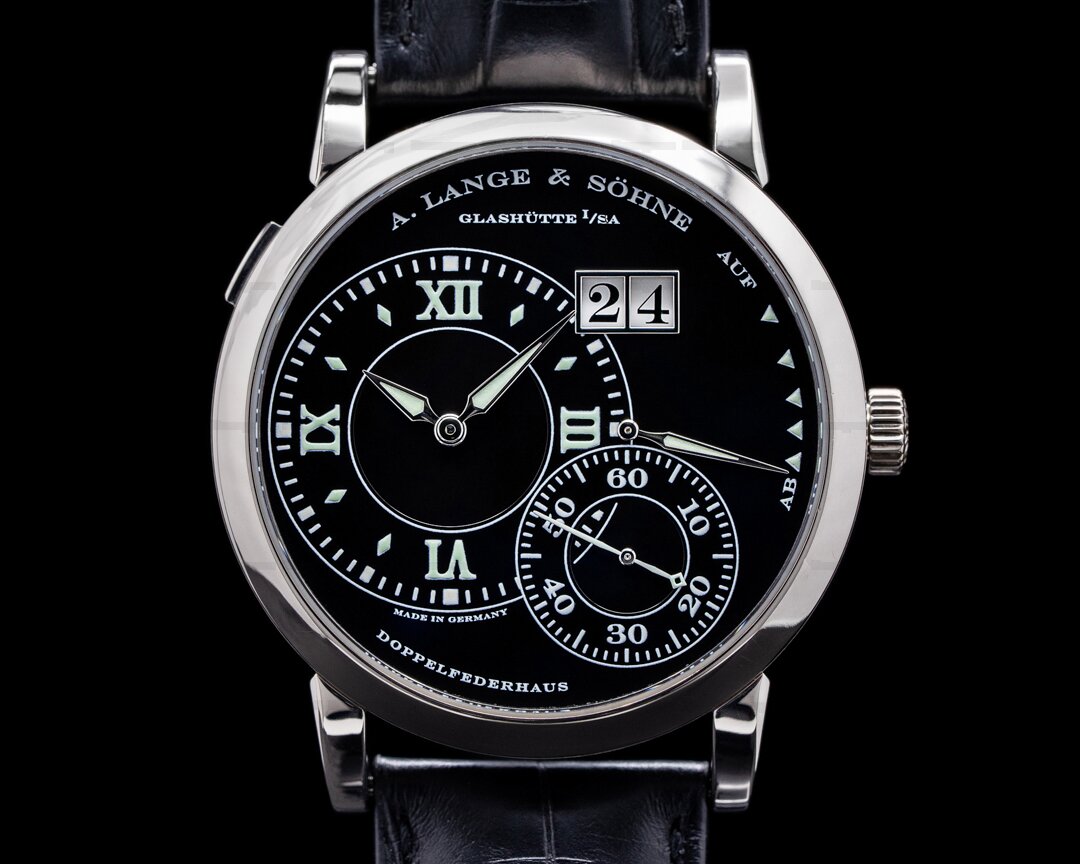 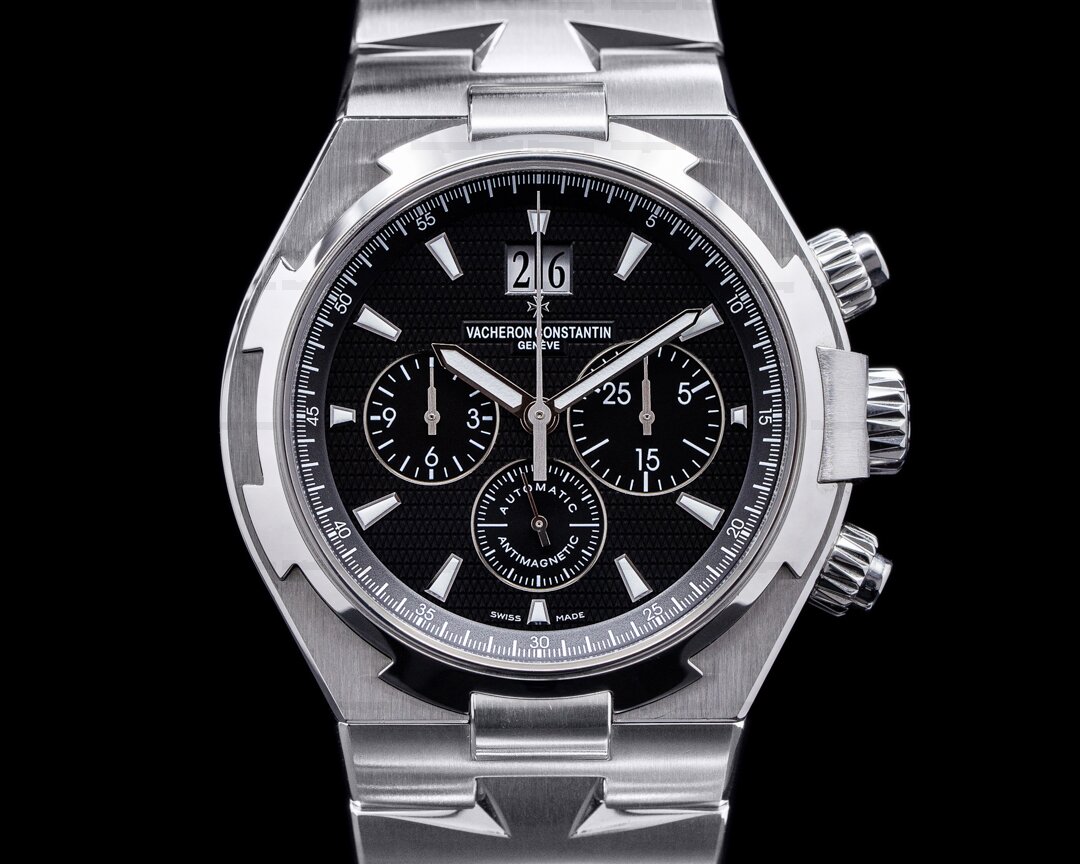 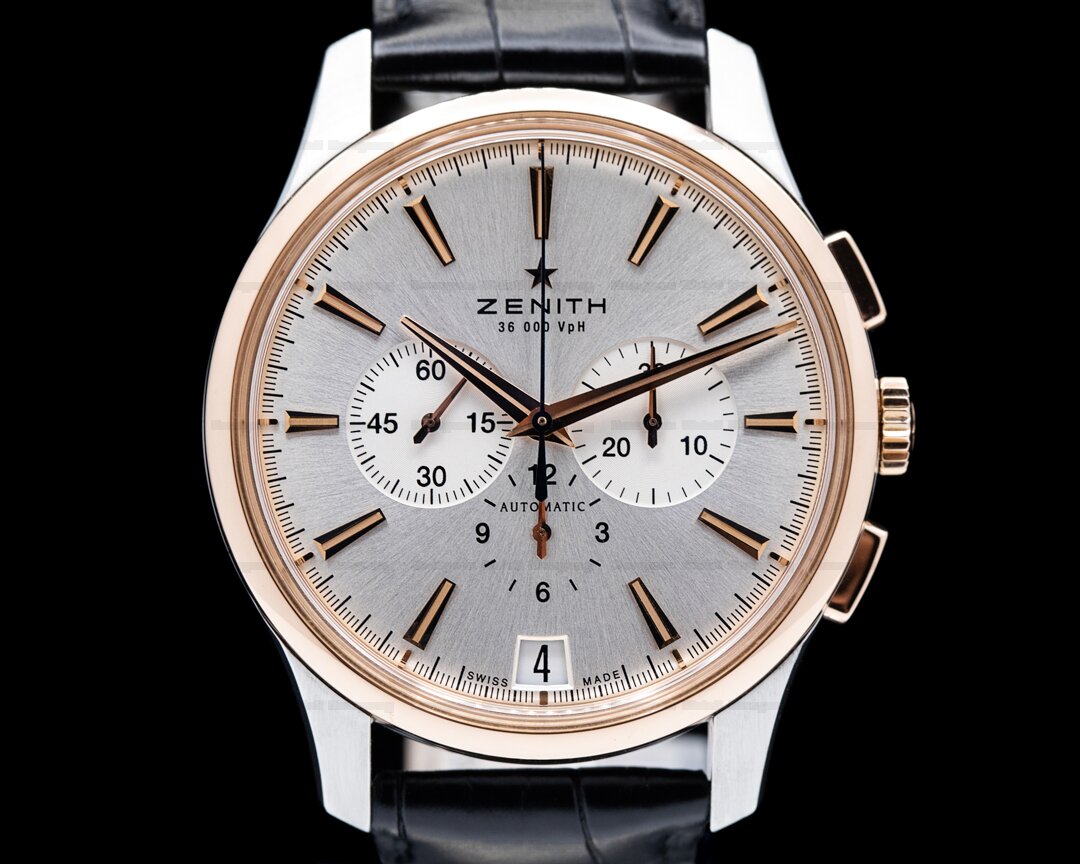 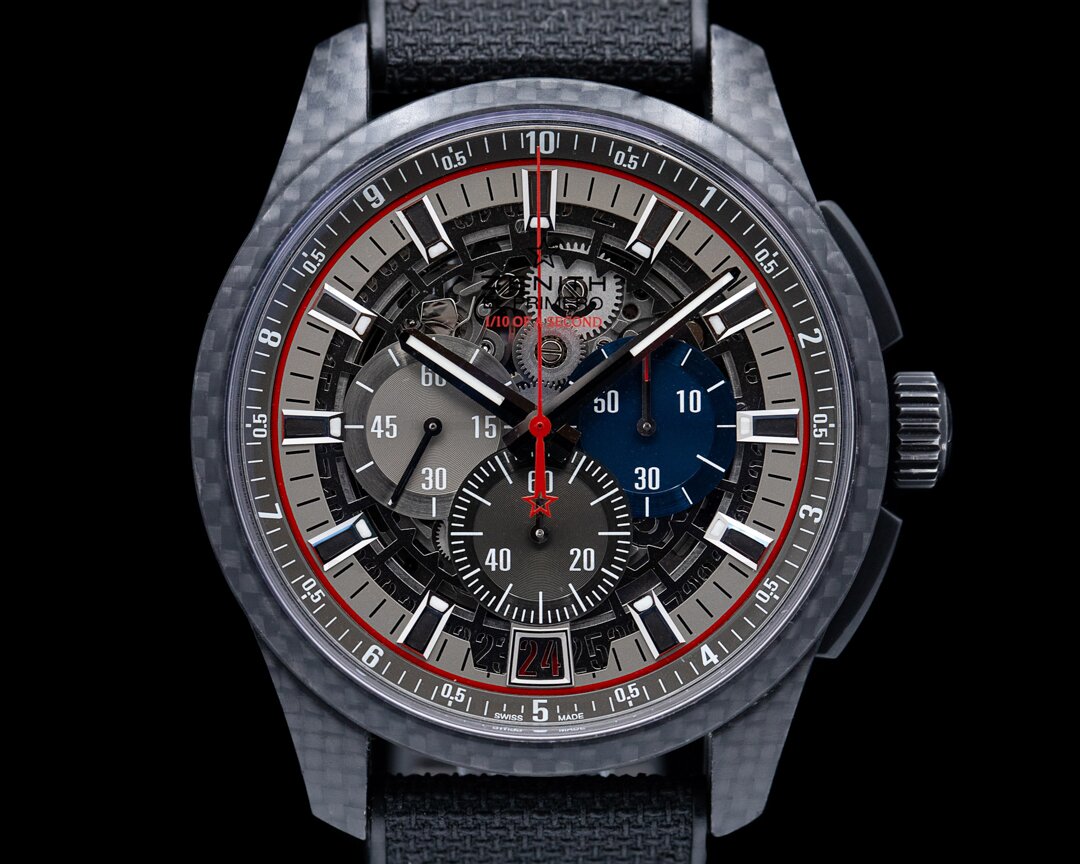 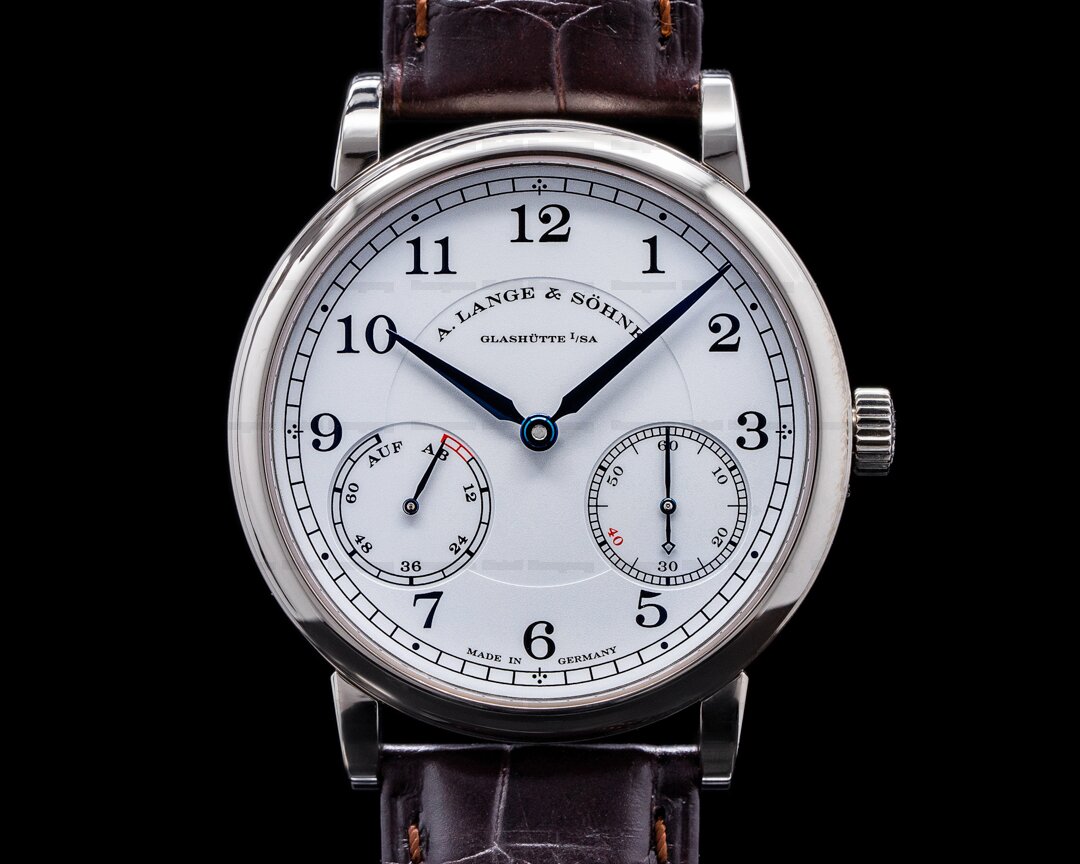 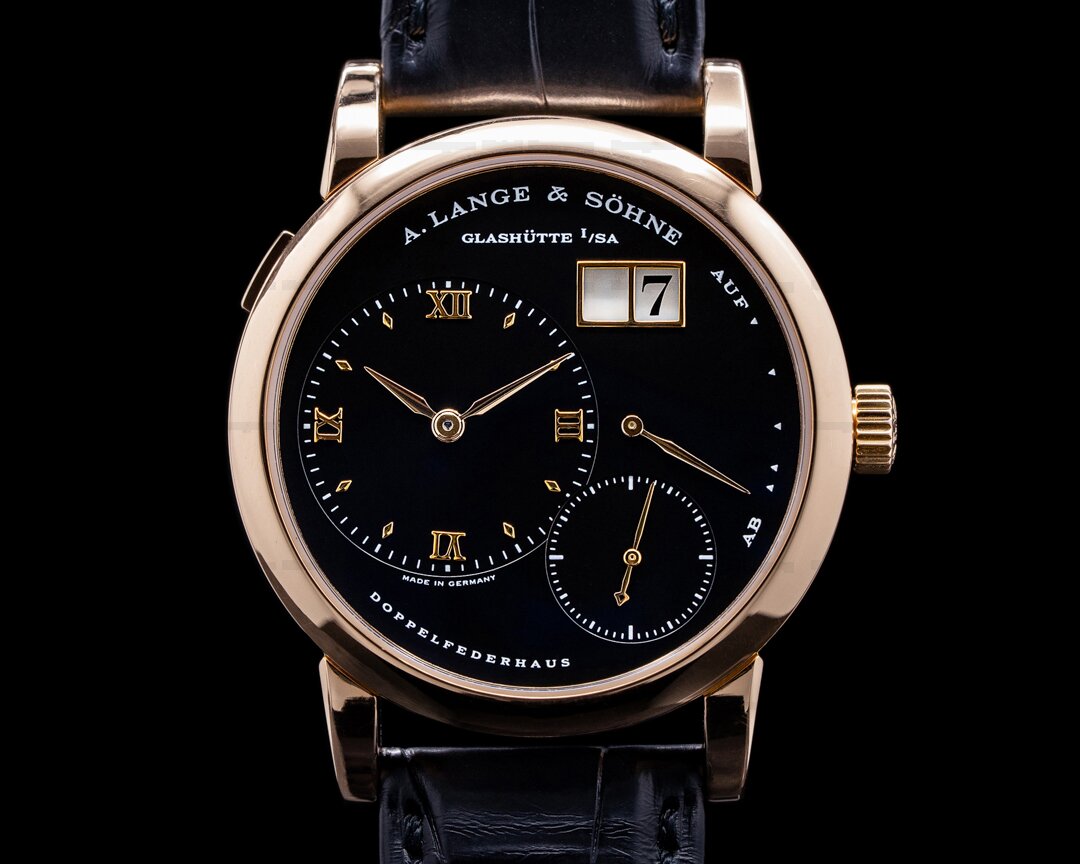 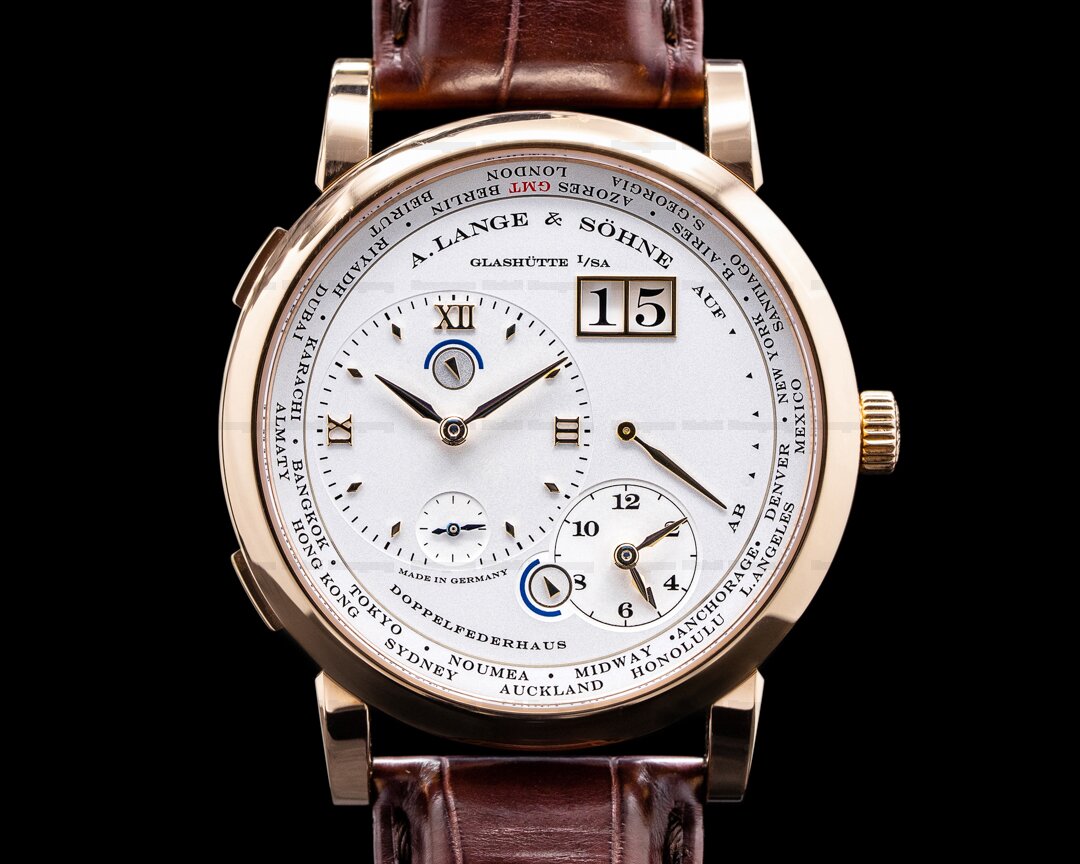