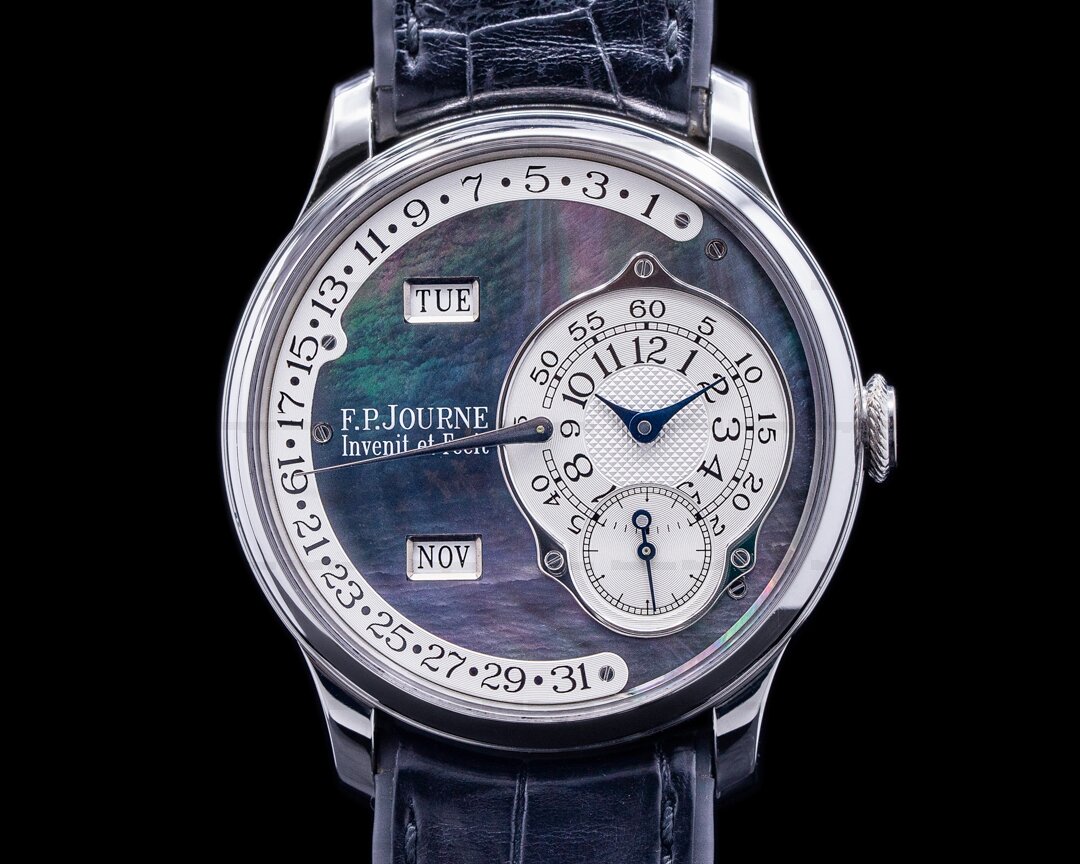 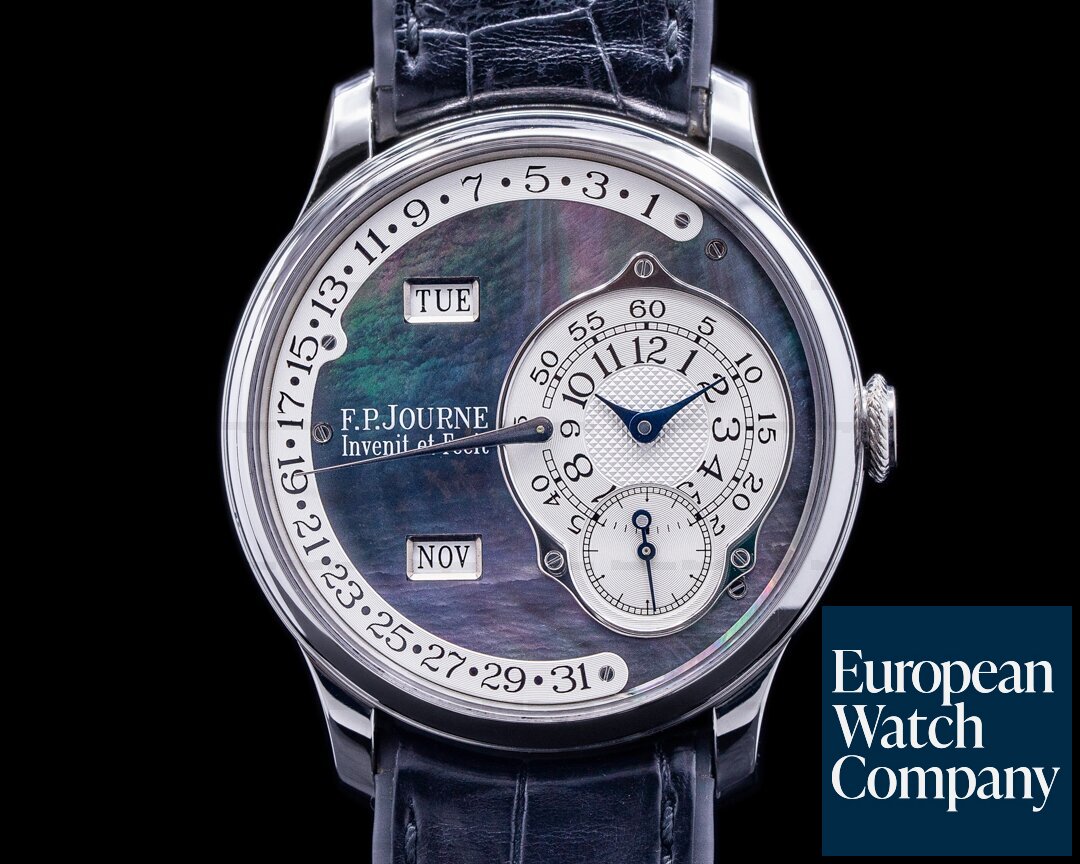 This is a platinum F.P. Journe Octa Calendrier. It has an alligator leather strap with a platinum tang buckle and scratch resistant sapphire crystals. It includes a pull out winding crown and an exhibition sapphire display case back secured with 6 screws, and engraved around the perimeter with "FP. JOURNE - INV. FECIT - OCTA CAL," hallmarks, and a serial number. The 38mm diameter solid two-body case, curved notched lugs, and convex bezel, are polished. The dial black mother of pearl with an off-center guilloche hour/minutes dial with blued alpha hands, and a smaller attached running small constant seconds register at 3 o'clock, with a blued indicator hand and counter balance. The time dial has concentric black Arabic numeral 12-hour and 60-minute scales with a railway-style chapter ring in between. There is a perimeter retrograde radial date with black Arabic numerals and a blued indicator hand, and there are two aperture windows for the day at 10 o'clock, and another for the month at 8 o'clock. The annual calendar movement has a 120-hour power reserve at full winding. It's water resistant to 30 meters/100 feet, and the 10.6mm thick case, dial, and movement are all signed. This F.P. Journe Octa Calendrier has a mechanical automatic self-winding FP. Journe caliber 1300.2 movement. It's 18k gold featuring fausses cotes embellishment, and it's constructed with 32 jewels and an anti-shock device. It's engraved "Exclusive Power Reserve System," and "Precision Chronometer." It's constructed with 37 jewels, 259 components, polished screw heads with chamfered slots, polished rounded pegs, and the steelwork has polished chamfers and straight graining. It includes an in-line lever escapement, a monometallic balance adjusted to heat, cold, and 5 positions, a 15-tooth wheel balance with 4 inertia weights, and a flat Anachron micro-flamed spring. It has an off-center 22K gold bidirectional winding rotor engraved with the F.P. Journe logo and motto (Invenit et fecit), with guilloche texture. There is a free-sprung balance, a mobile stud holder, a slipping mainspring, a variable inertia balance wheel, and. The optimized winding system uses ceramic balls, and the mechanism oscillates at a frequency of 21,600 vph (3Hz). The F.P. Journe Octa Calendrier was released in a limited collection of 15 pieces in 2006 for Sincere Fine Watches. 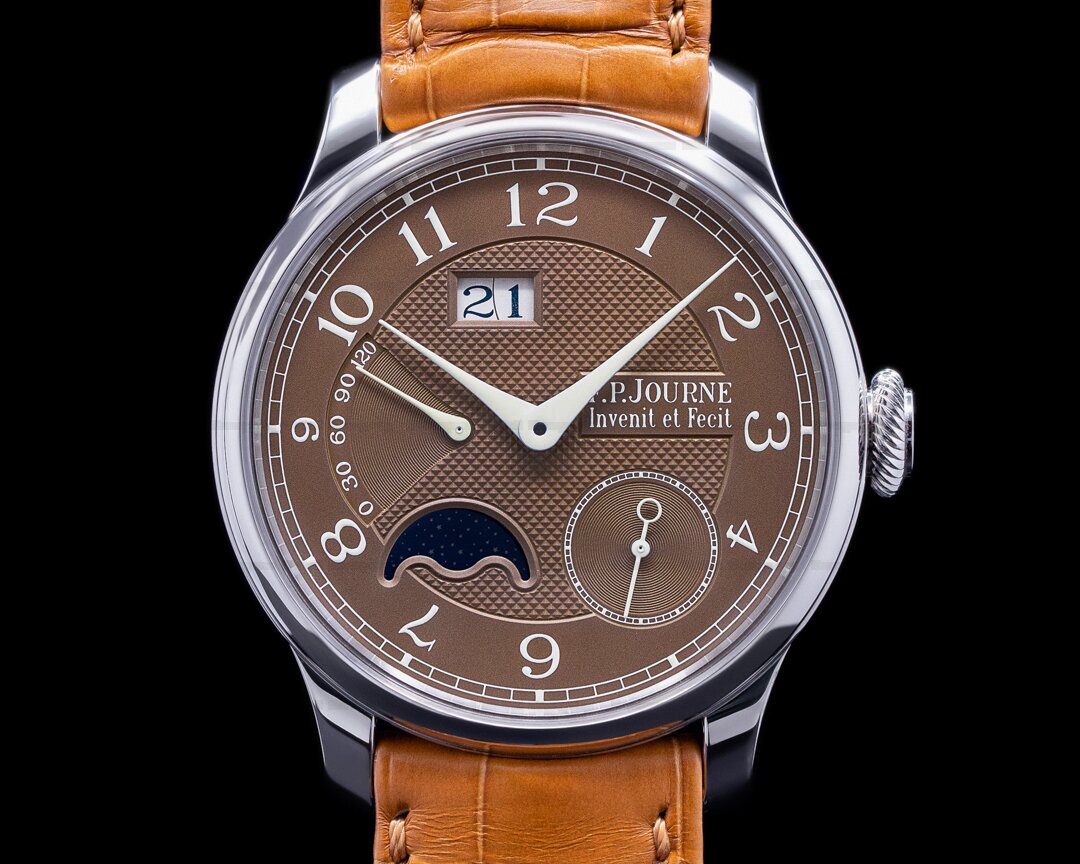 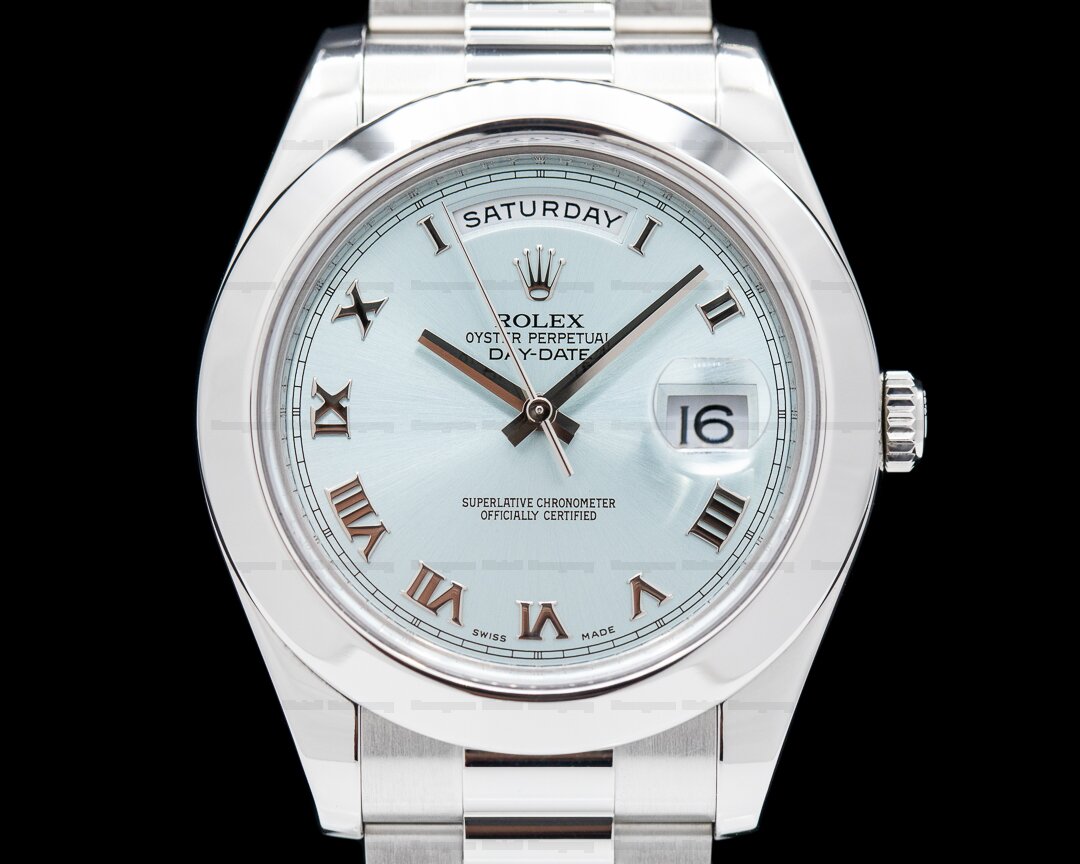 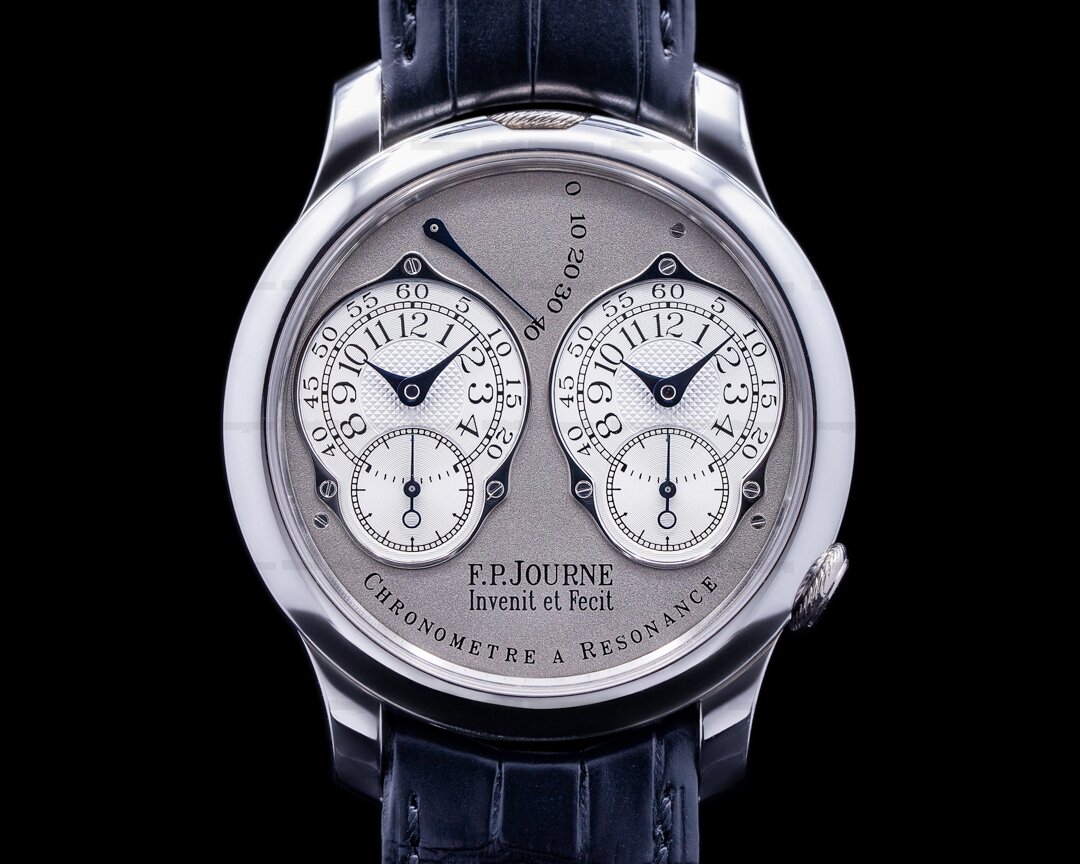 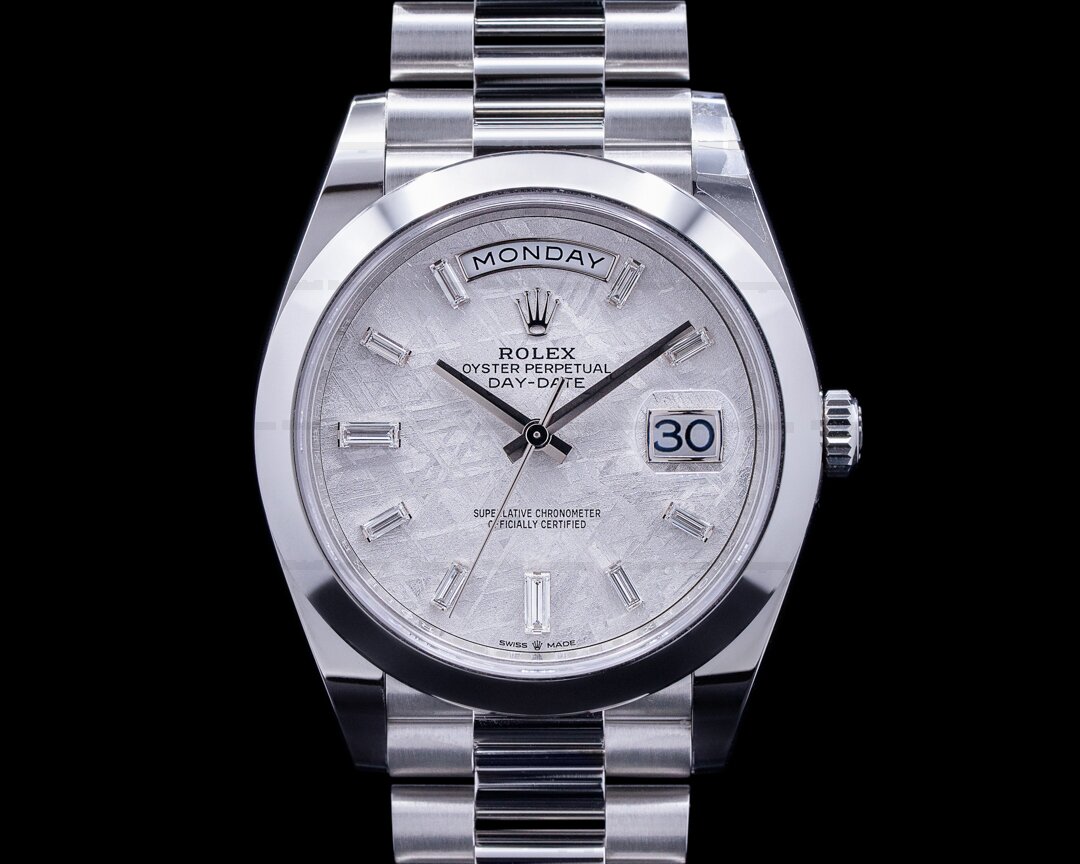 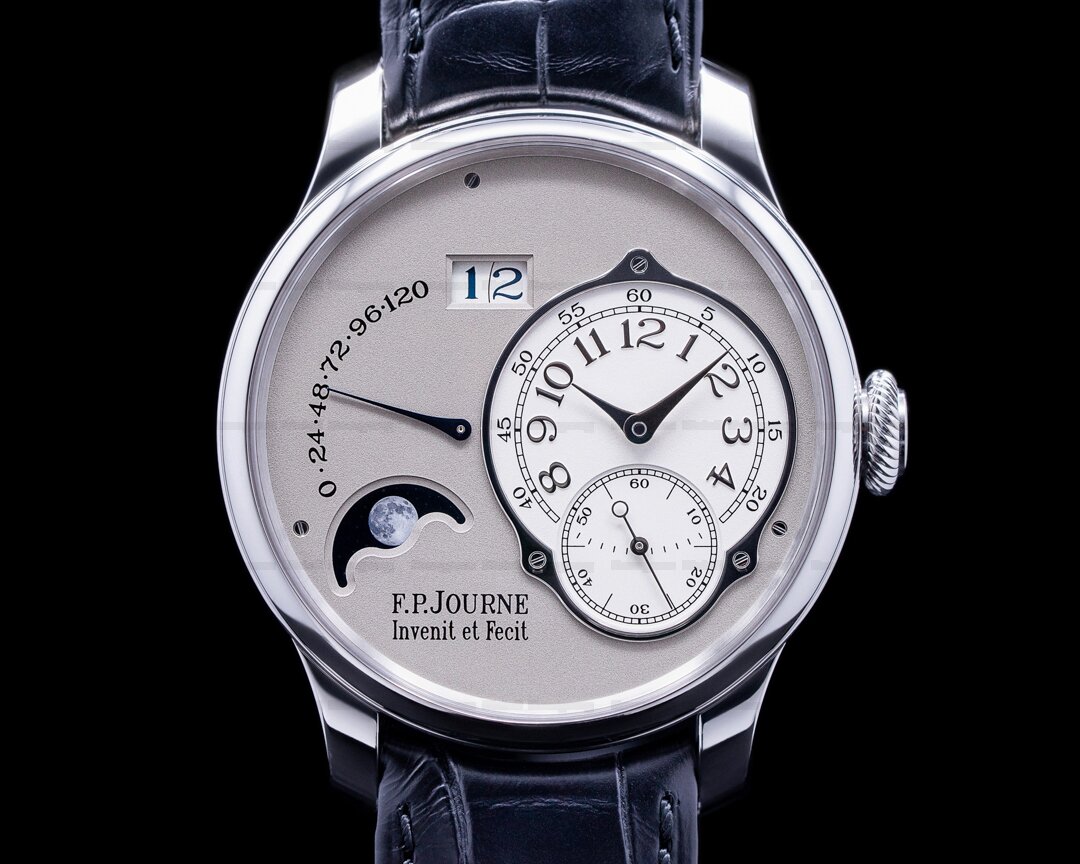 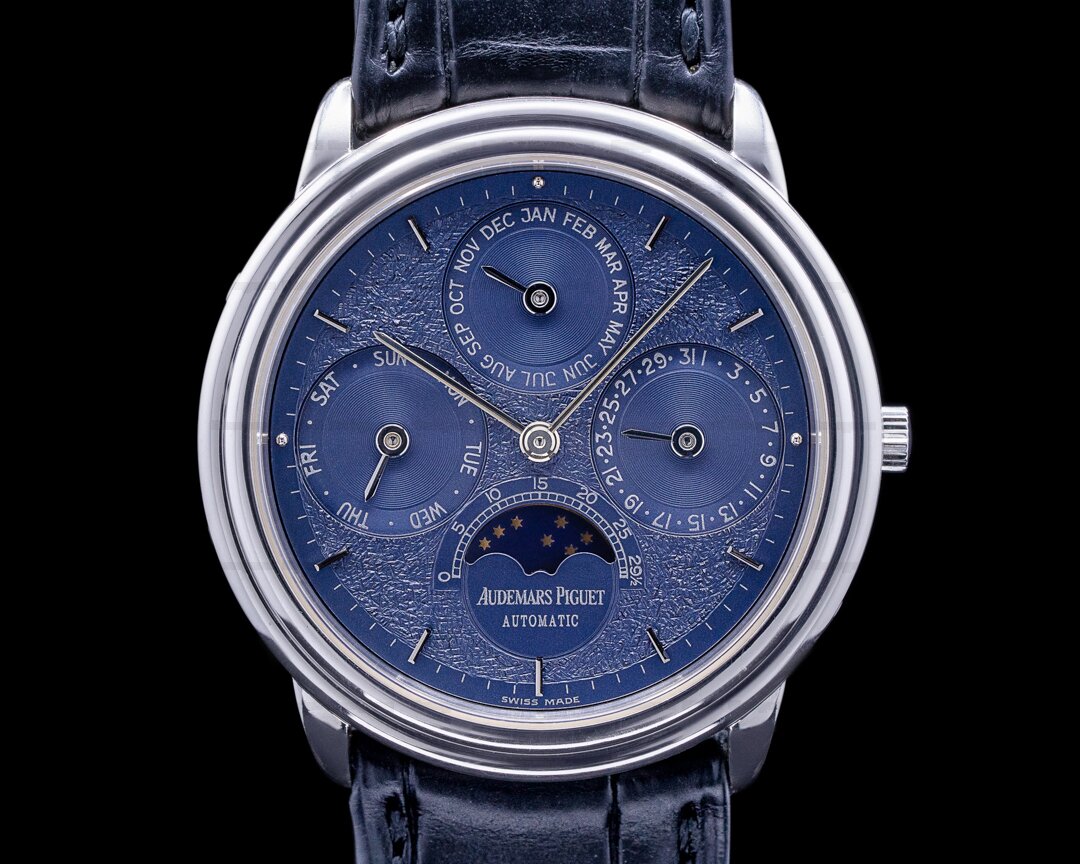 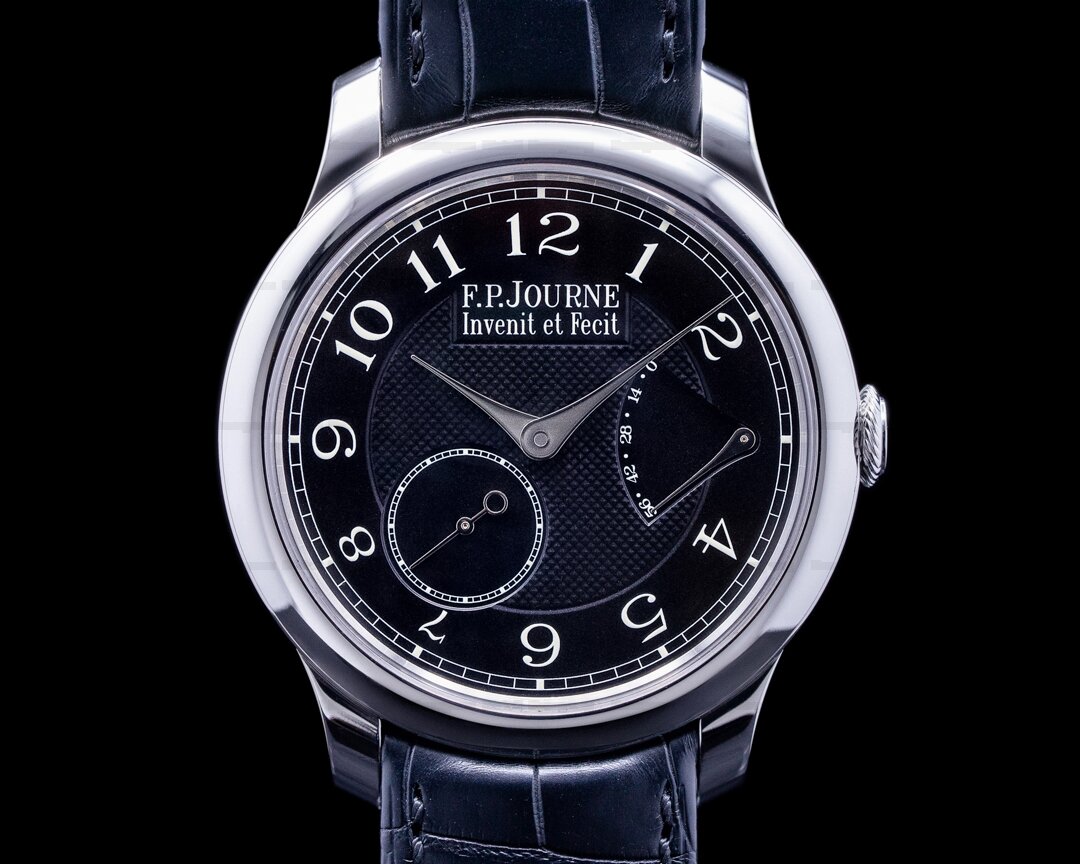 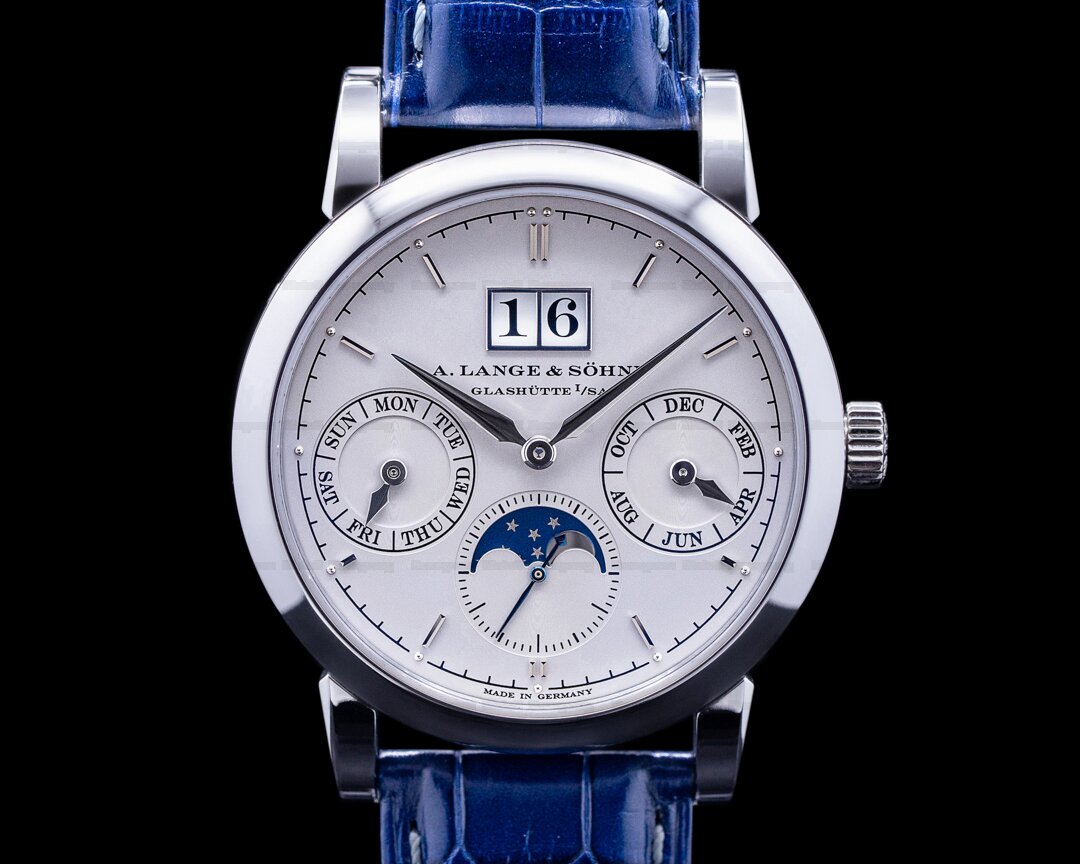 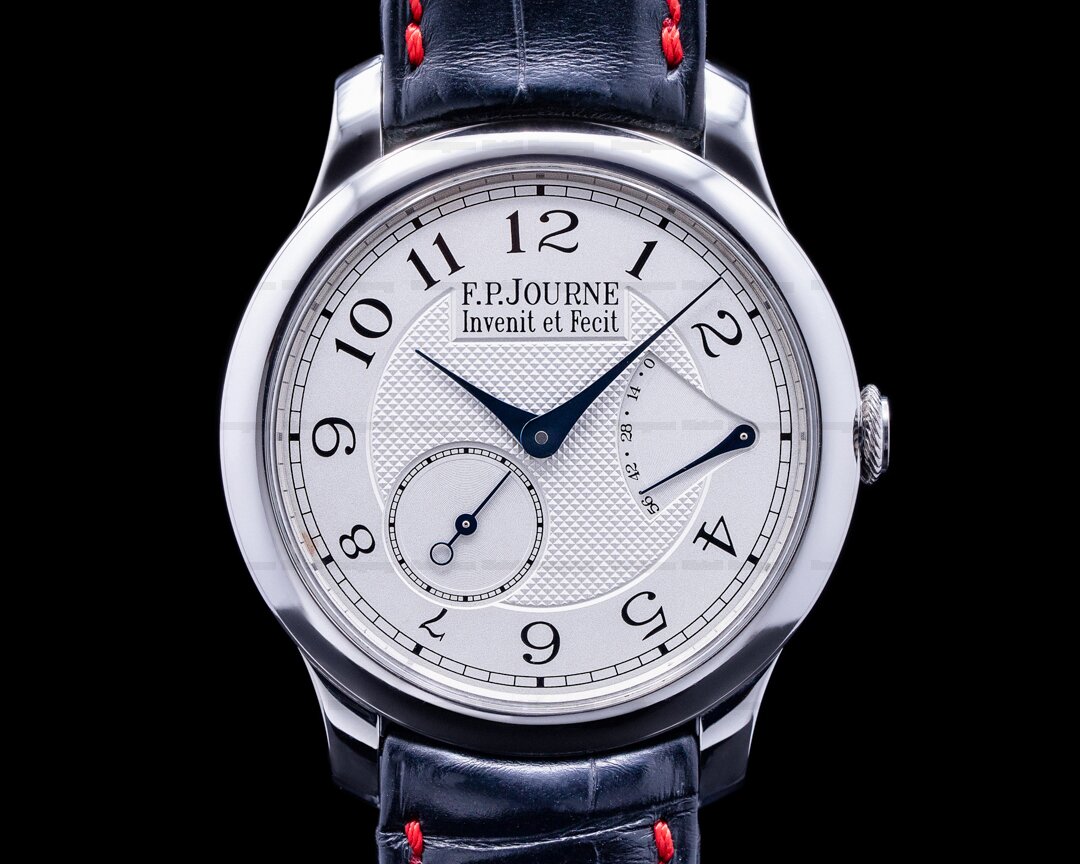