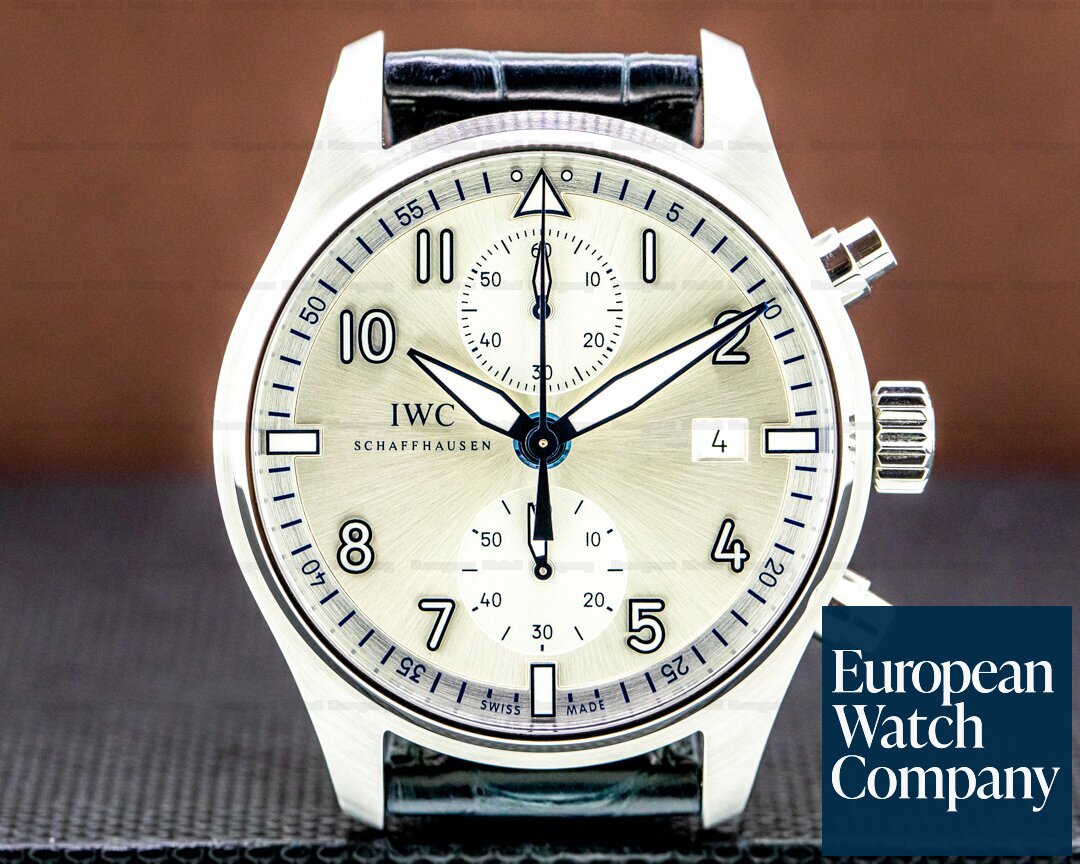 This is a stainless steel IWC Pilot Spitfire Chronograph "BFI London Film Festival" IW387812. It has a leather strap with a folding deployment buckle, and a scratch resistant sapphire crystal. It has a solid screwed-down case back with an engraved "BFI Film Forever", a screwed-down winding crown, and round chronograph pushbuttons on the case at 2 and 4 o'clock. The 43mm diameter solid three-body case, downturned lugs, and angled thin bezel are polished/brushed. There is an arched date aperture window at 3 o'clock, and an inner soft iron case for protection from magnetic fields. The silver dial has applied luminescent steel Arabic numeral hour markers and faceted baton indices at the quarter hours with an aviation triangle at the 12, with luminous steel "Spitfire" hands, a center sweep second hand, and a white perimeter minute/seconds track with Arabic nuimerals every five seconds to 60; all outlined in blue. It has a date aperture window at the 3 o'clock position, a silver subsidiary small constant running seconds dial with a white indicator hand at 12 o'clock, and a silver 60-minute chronograph counter at 6 o'clock also with a white hand. It's water resistant to 60 meters/200 feet, and it has a 68-hour power reserve at full wind. The 15.5mm thick case, dial, and movement are all signed. This IWC Pilot Spitfire Chronograph "BFI London Film Festival" IW387812 has a mechanical automatic self-winding IWC caliber 89365 (based on the IWC caliber 89361) movement that's rhodium-plated, with fausses cotes embellishment. It's constructed with 38 jewels, and a shock absorber mechanism. It includes a straight-line lever escapement, a monometallic balance that's adjusted for heat, cold, and 5 positions, a self-compensating flat balance spring, and a small seconds hacking function for precision time setting. The mechanism oscillates at a frequency of 28,800 vph (4Hz). The IWC Pilot Spitfire Chronograph "BFI London Film Festival" IW387812 was produced in 2016 in a limited edition of 60 examples in honor of the 60th anniversary of the BFI. 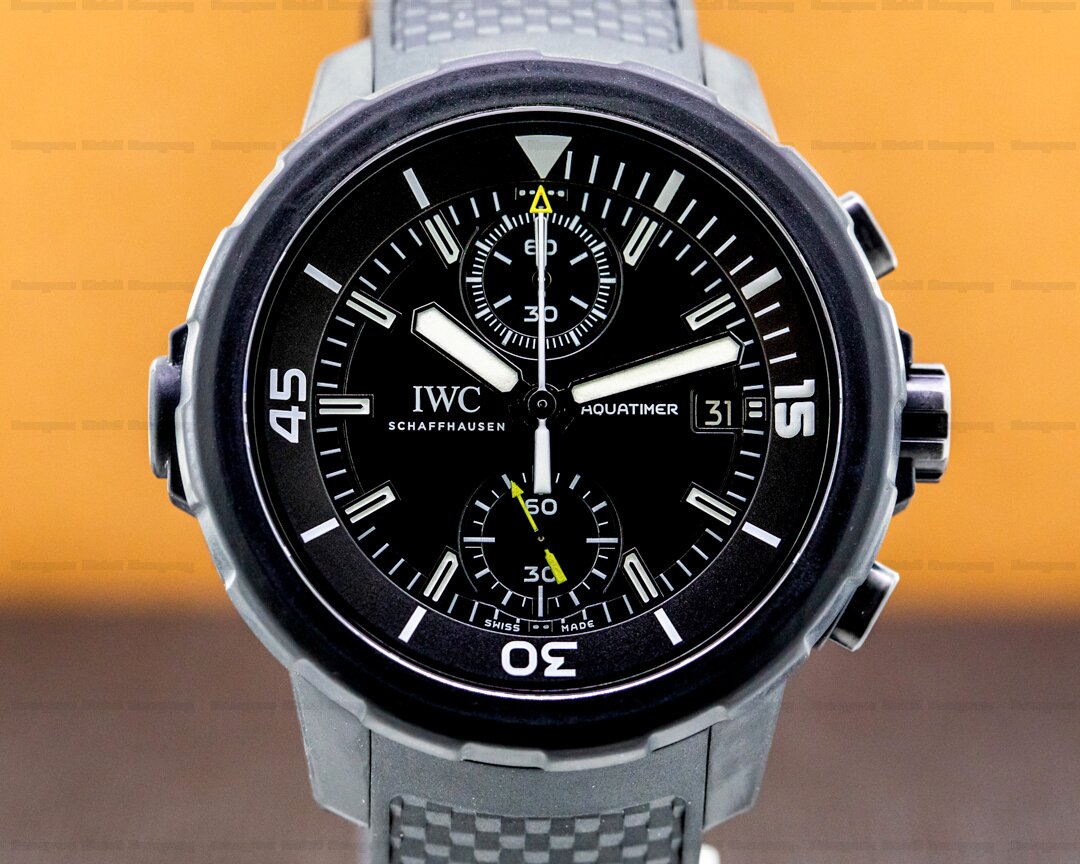 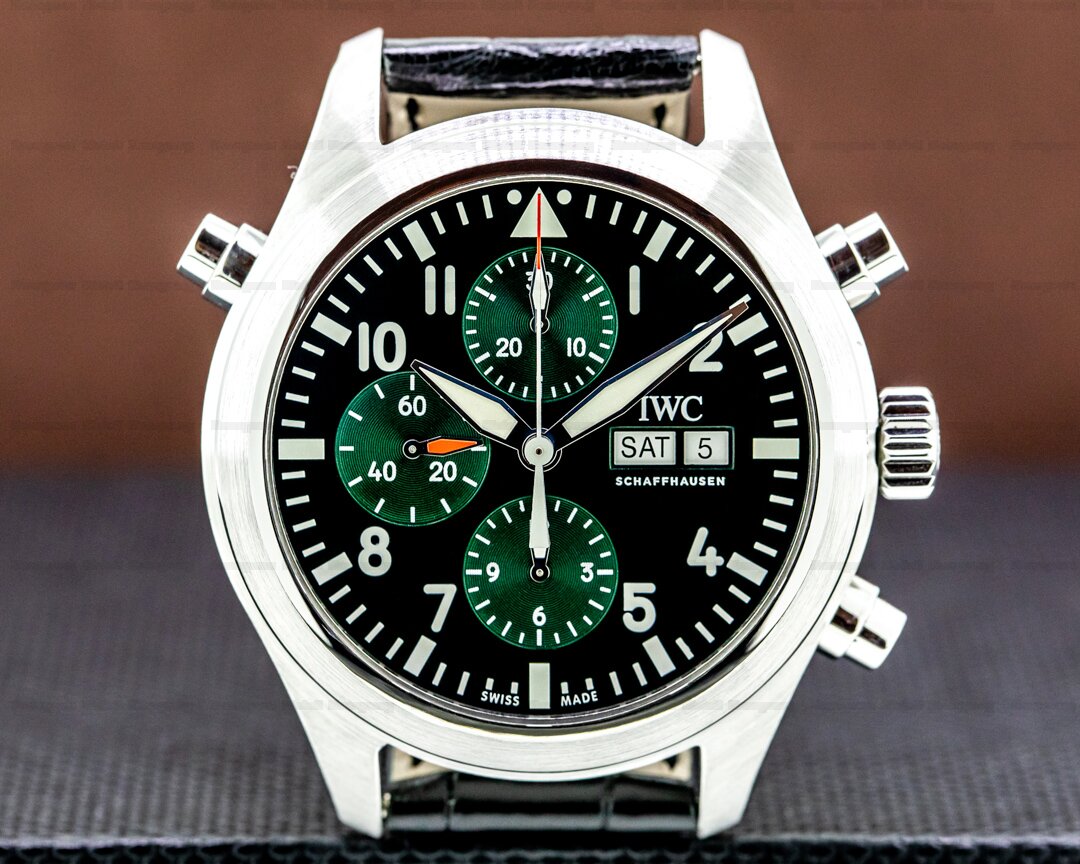 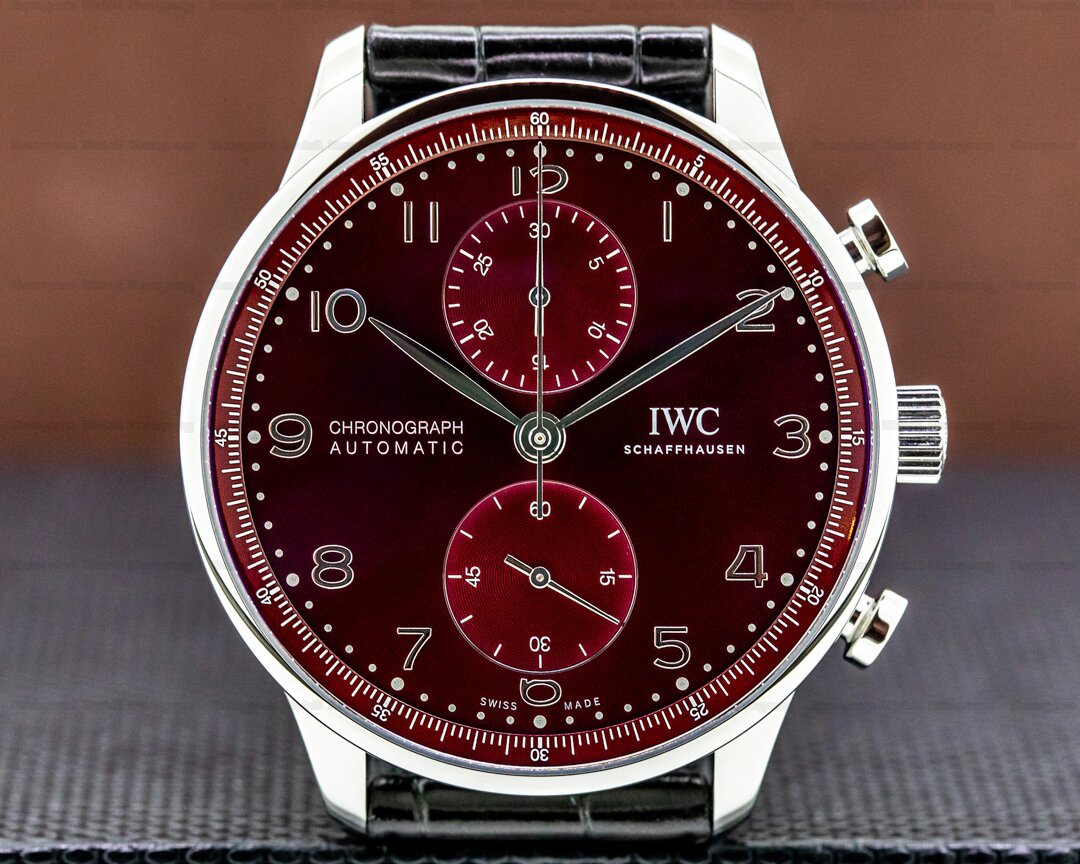 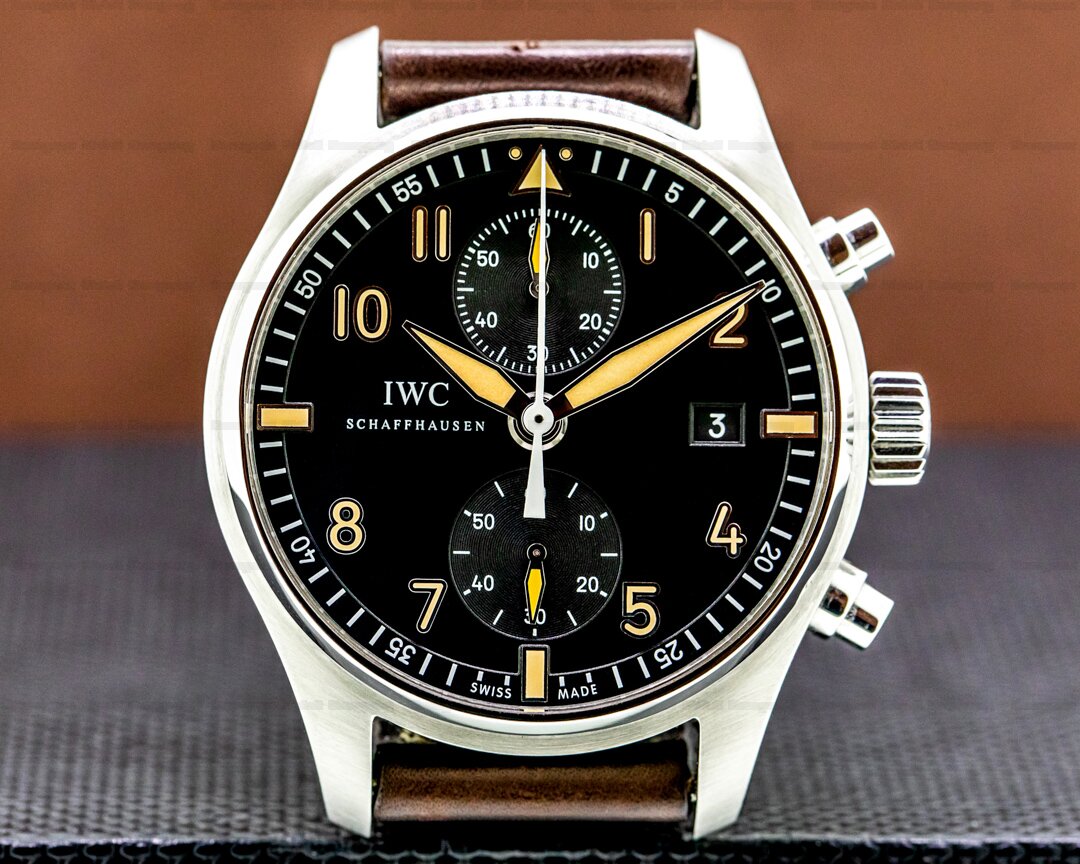 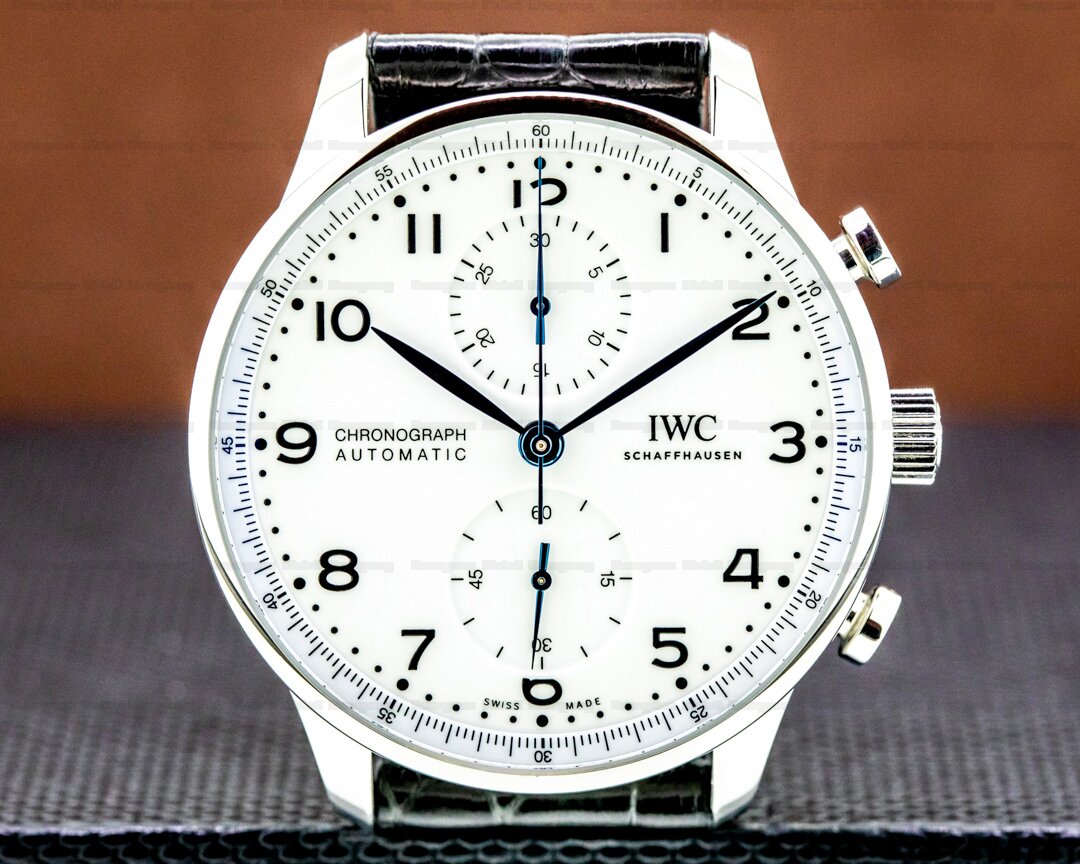 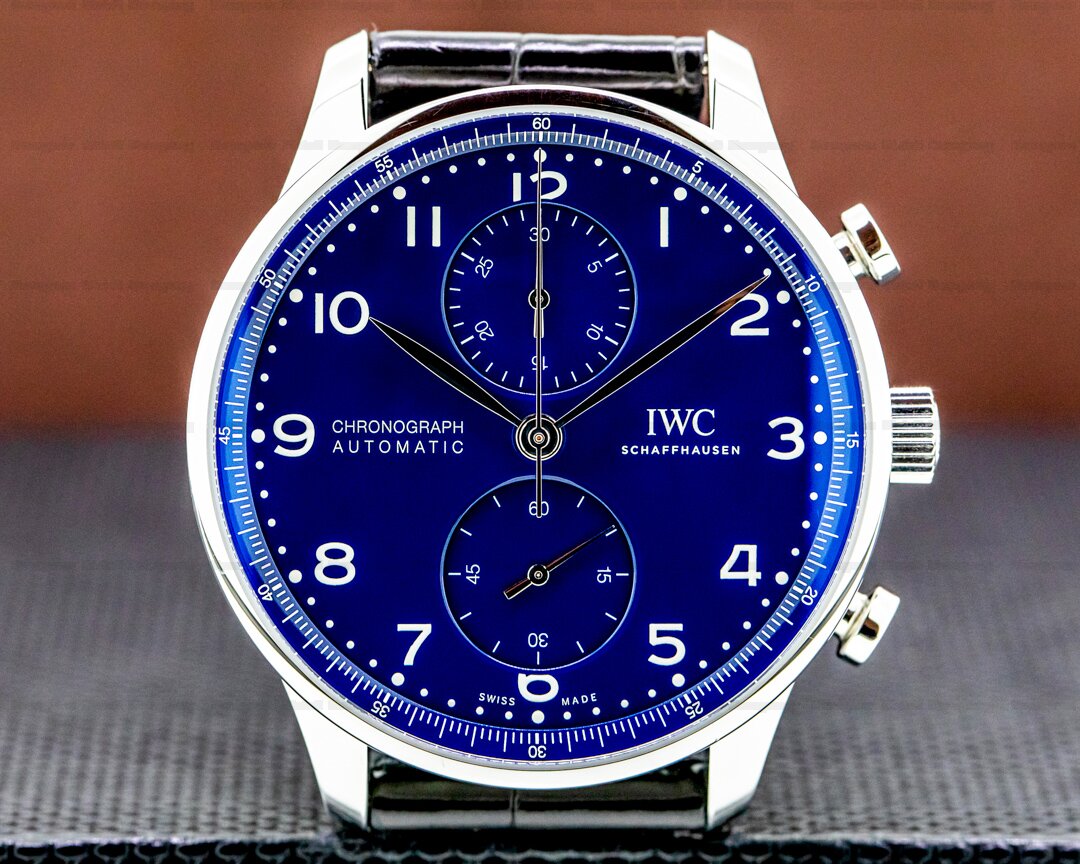 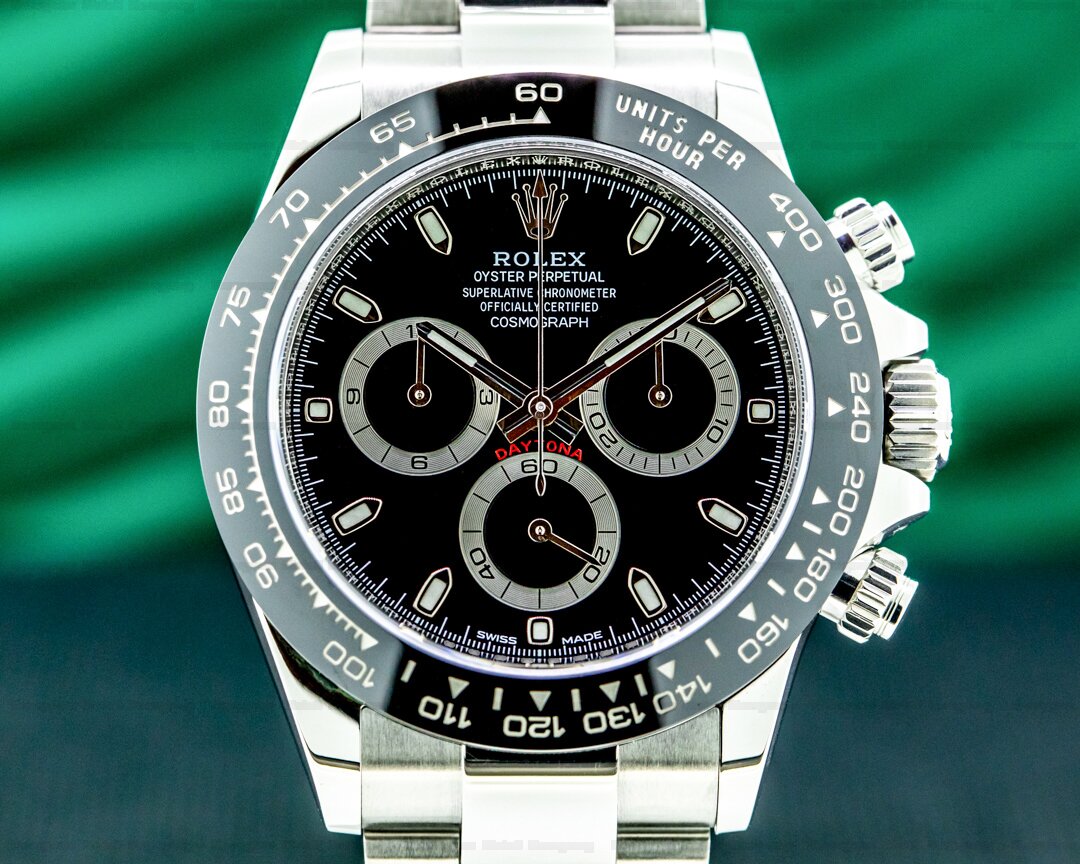 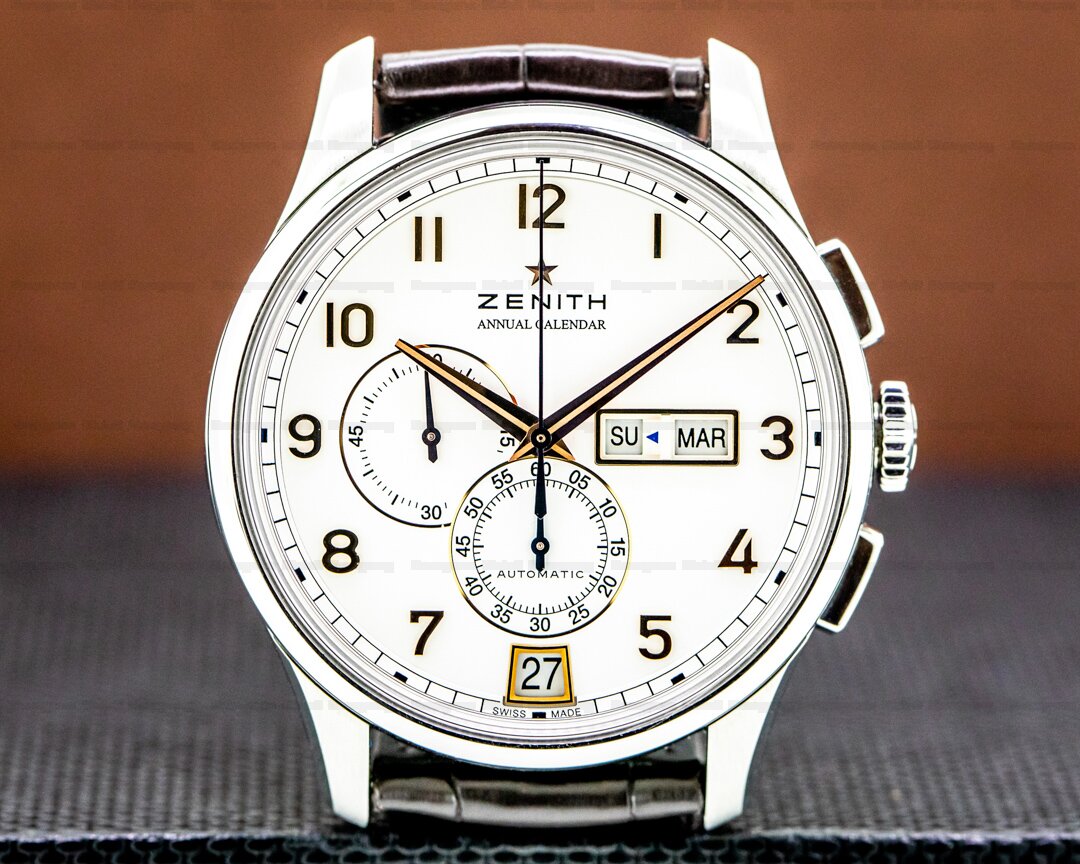