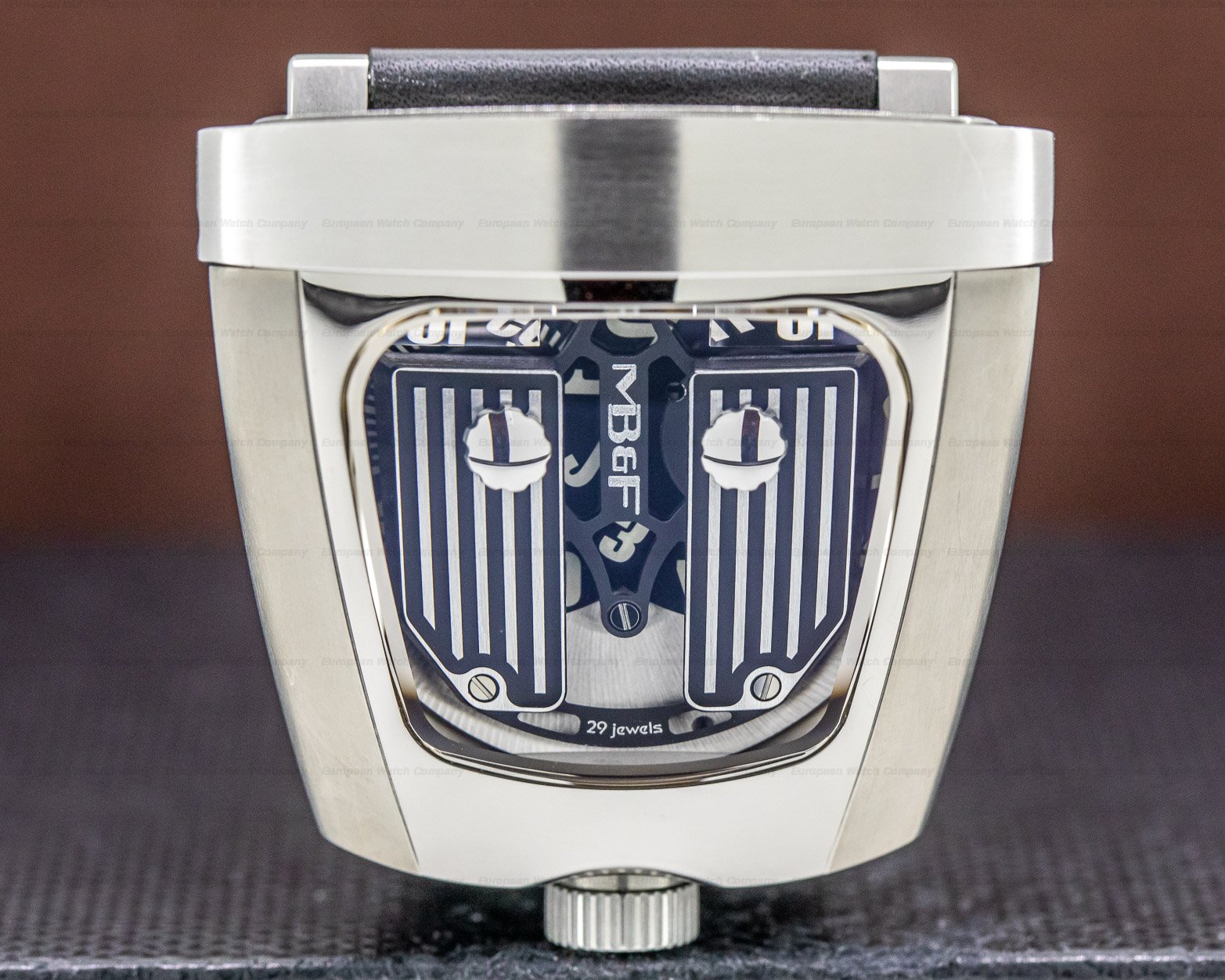 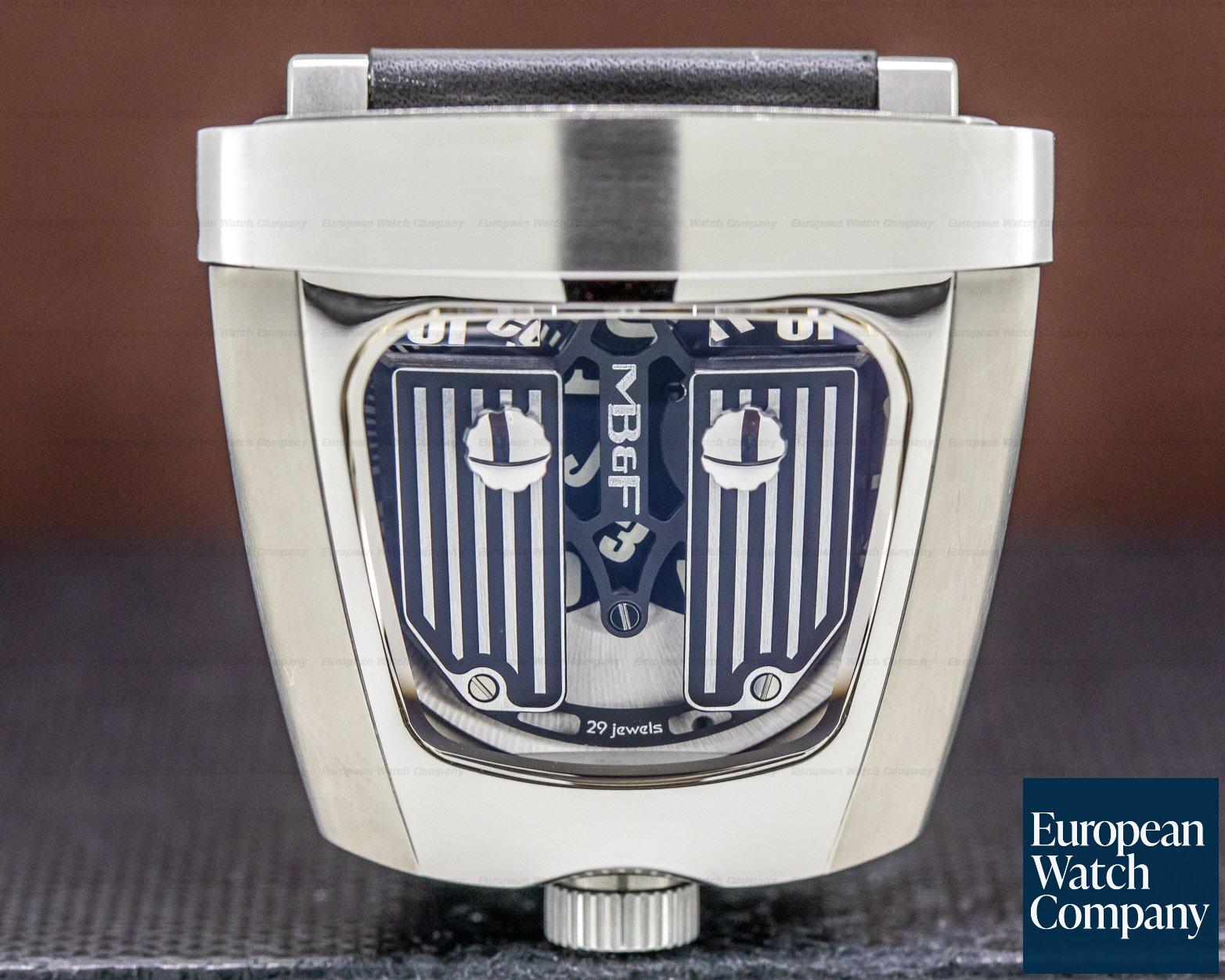 This is a grade 5 titanium and stainless steel MB&F 10th Anniversary Horological Machine HMX Black. It has a perforated driver's calfskin strap with colors matching the engine with a titanium tang buckle. It includes an exhibition sapphire display case back secured with 6 screws, and it's engraved with "LIMITED EDITION – 1 IN 20 PIECES," and a serial number. The round 22K gold winding rotor, visible from the back, is engraved with "10TH ANNIVERSARY – A CREATIVE ADULT IS A CHILD WHO SURVIVED." The 46.8mm X 44.3mm solid 44-piece trapezoidal titanium case, hooded screwed lugs, and convex two-toned bezel, are satin/brushed. The hours and minutes are visible through the wide part of the trapezoidal case, and the screw down winding crown is on the opposite narrow end. It has a 42-hour power reserve, it's water resistant to 30 meters/100 feet, and the 20.7mm thick case, dial, and movement are all signed. This MB&F 10th Anniversary Horological Machine HMX Black has a mechanical automatic self-winding three-dimensional horologic caliber HMX movement developed in-house by MB&F. It's rhodium plated and it's designed to resemble a supercar engine, including the dual colored "rocker covers" with steel oil filler caps. It includes a bi-directional jumping hour and trailing minutes module developed in-house by MB&F, powered by a Sellita gear train. It's constructed with 29 jewels, an anti-shock system, and 223 components. The rotating discs with bi-directional jumping hours and trailing minutes on the top of the movement are reflected vertically, with the dual sapphire crystal optical-grade prisms serving as integral magnification lenses. The polished steel "oil filler" caps actually unscrew to allow oiling of the jeweled bearings of the indicator discs. The incredibly complex mechanism oscillates at a frequency of 28,800 vph (4 Hz). The MB&F 10th Anniversary Horological Machine HMX Black was released in 2015 in an edition of 20 examples (there are three more editions of 20 examples each, representing four different automotive manufacturers including Bugatti blue, British racing green, Ferrari red, and this Lotus black). It celebrates the 10th anniversary of MB&F, which stands for Maxmilian Busser & Friends, of which there are 87, comprising a list of cutting edge genius horologic designers, associates, and engineers, not the least of which are Jean-Michael Pellaton, Peter Speake-Marin, and Andres Deubzer of Sellita Watch Co. SA. 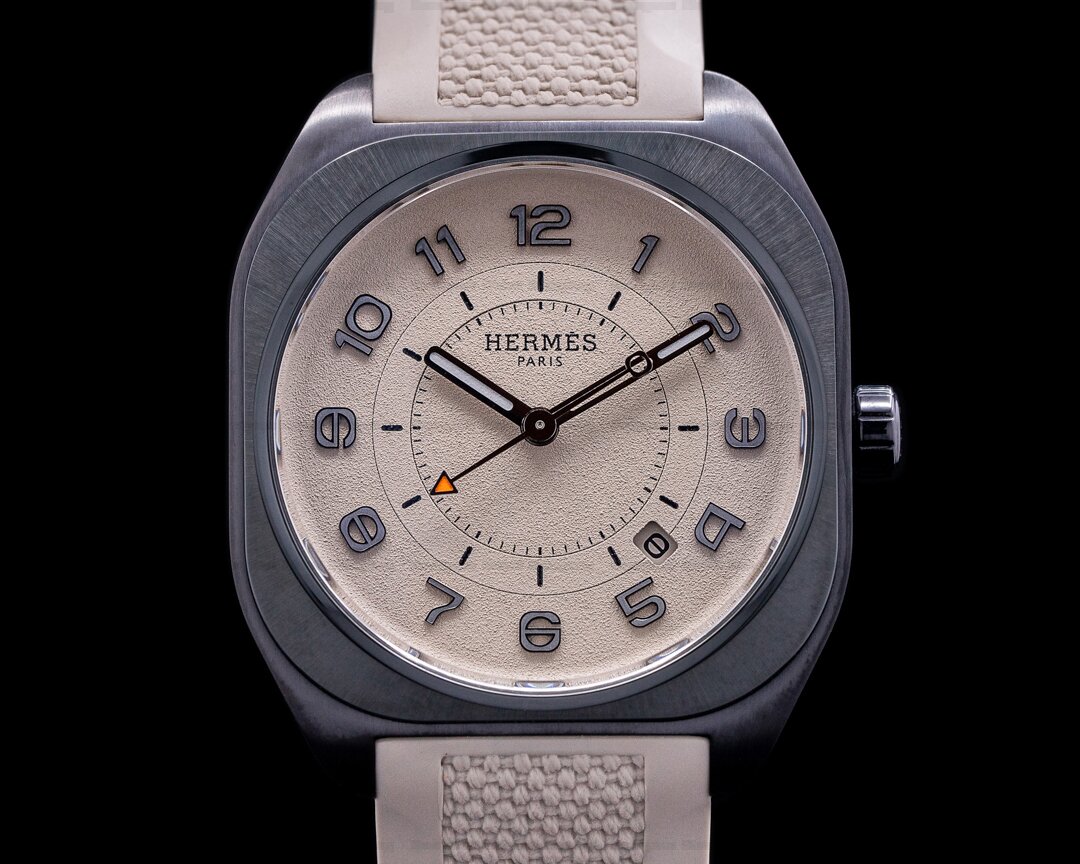 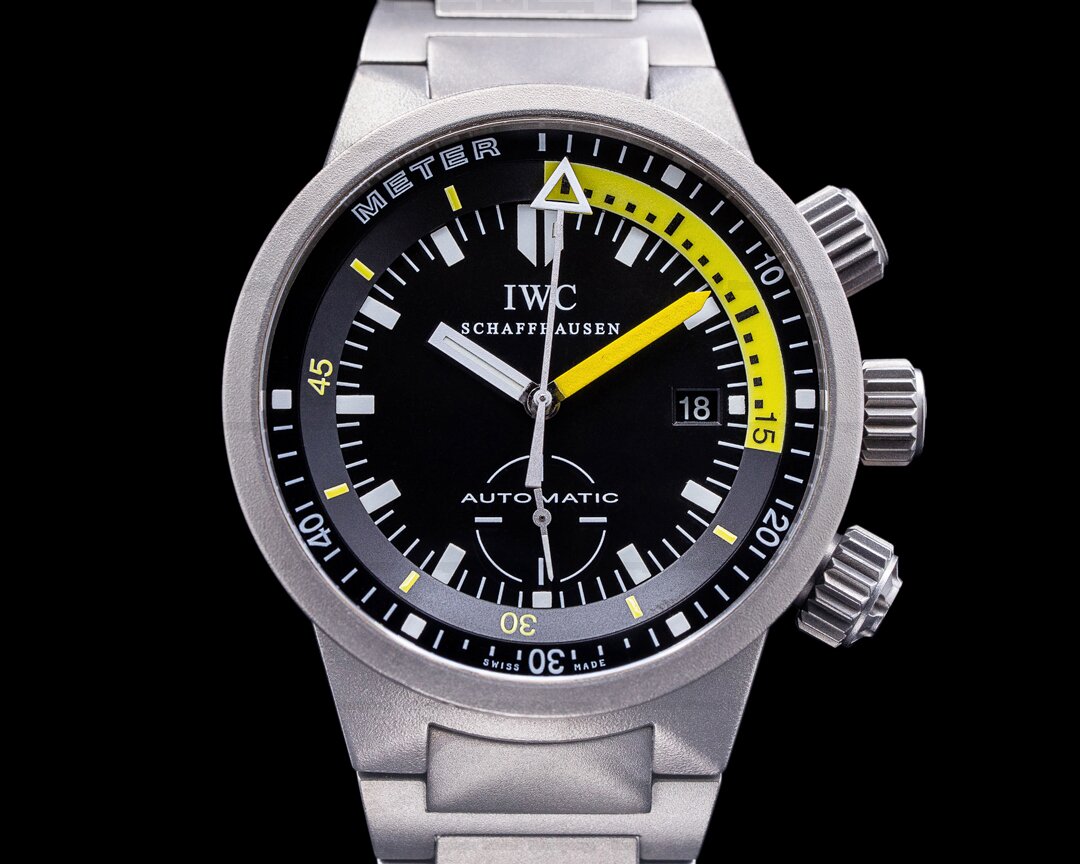 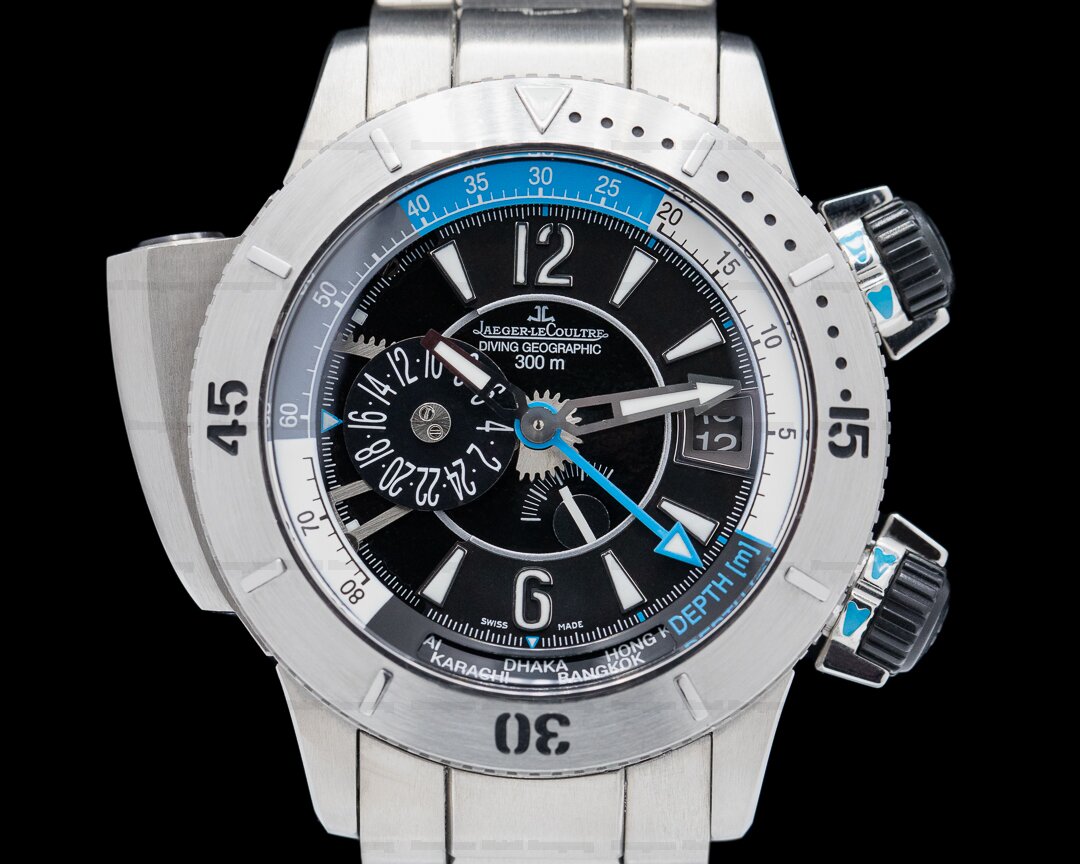 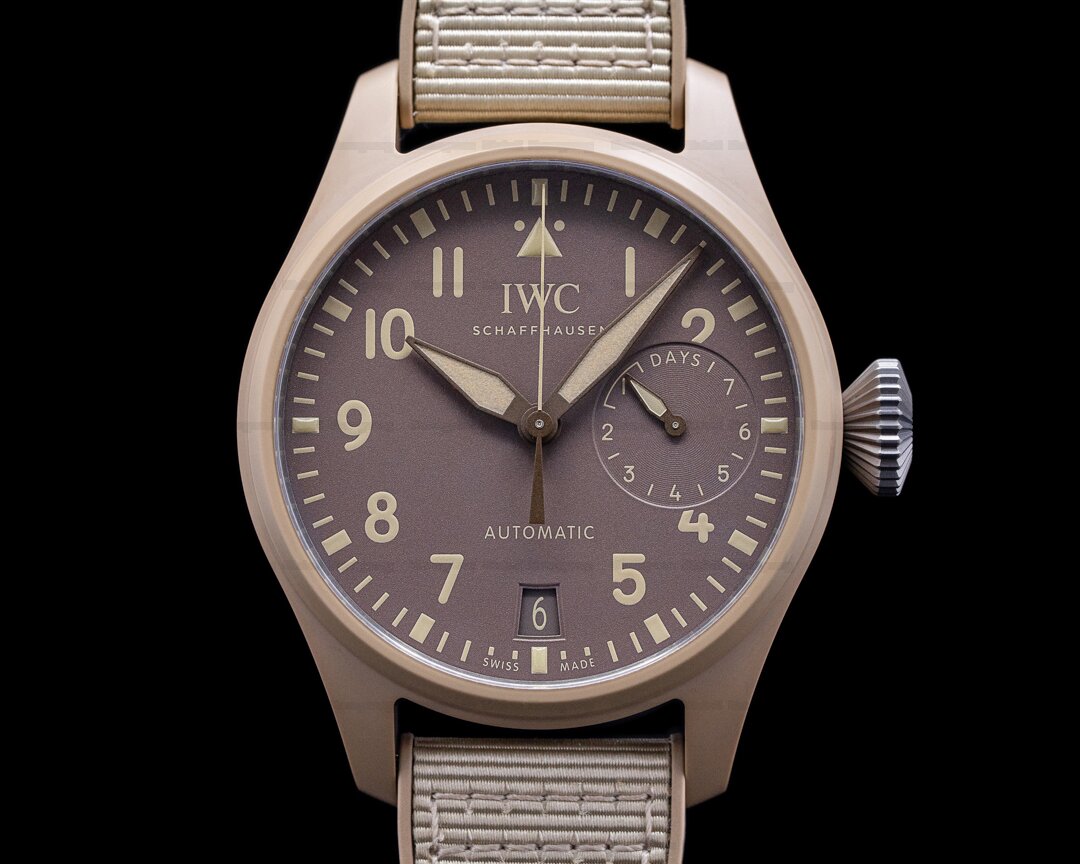 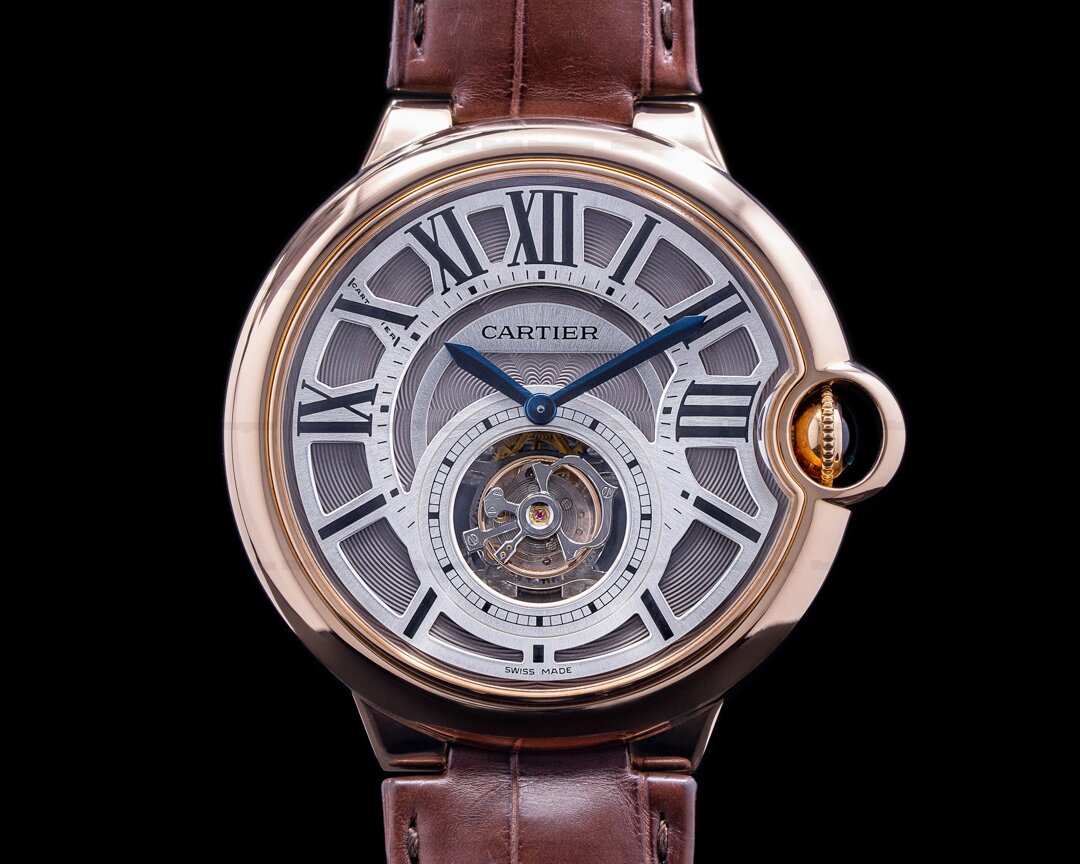 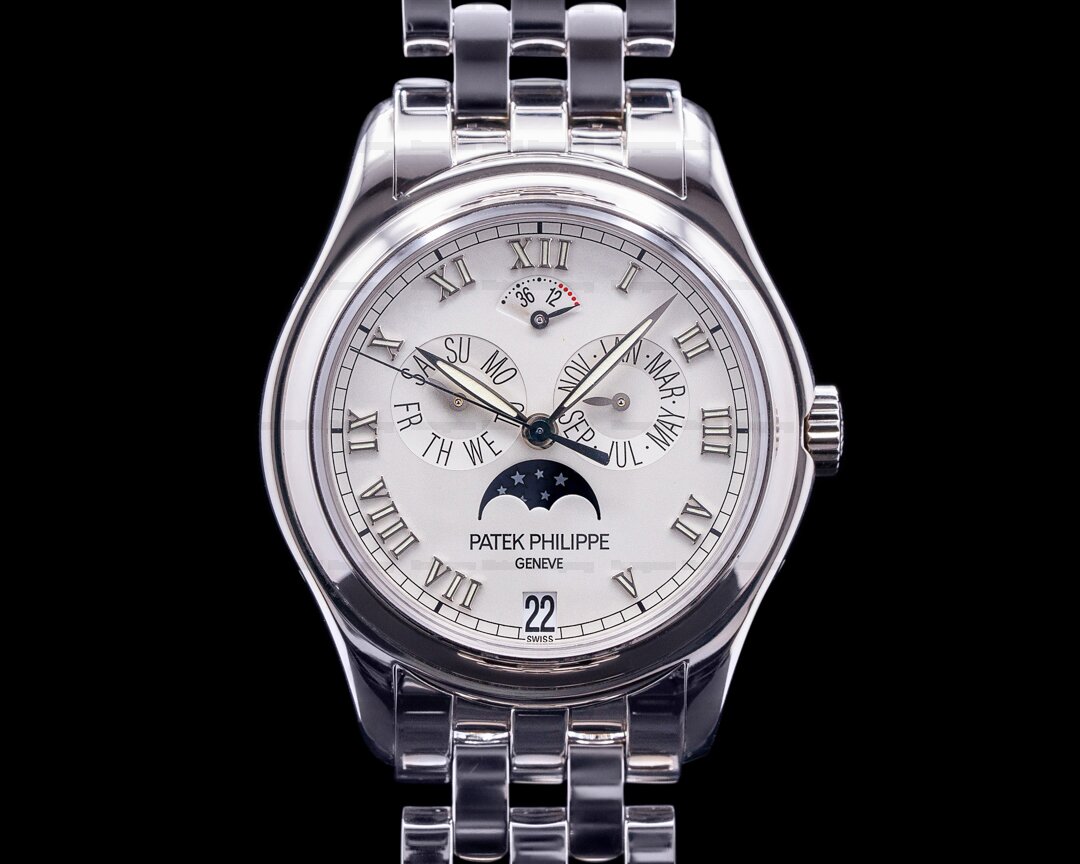 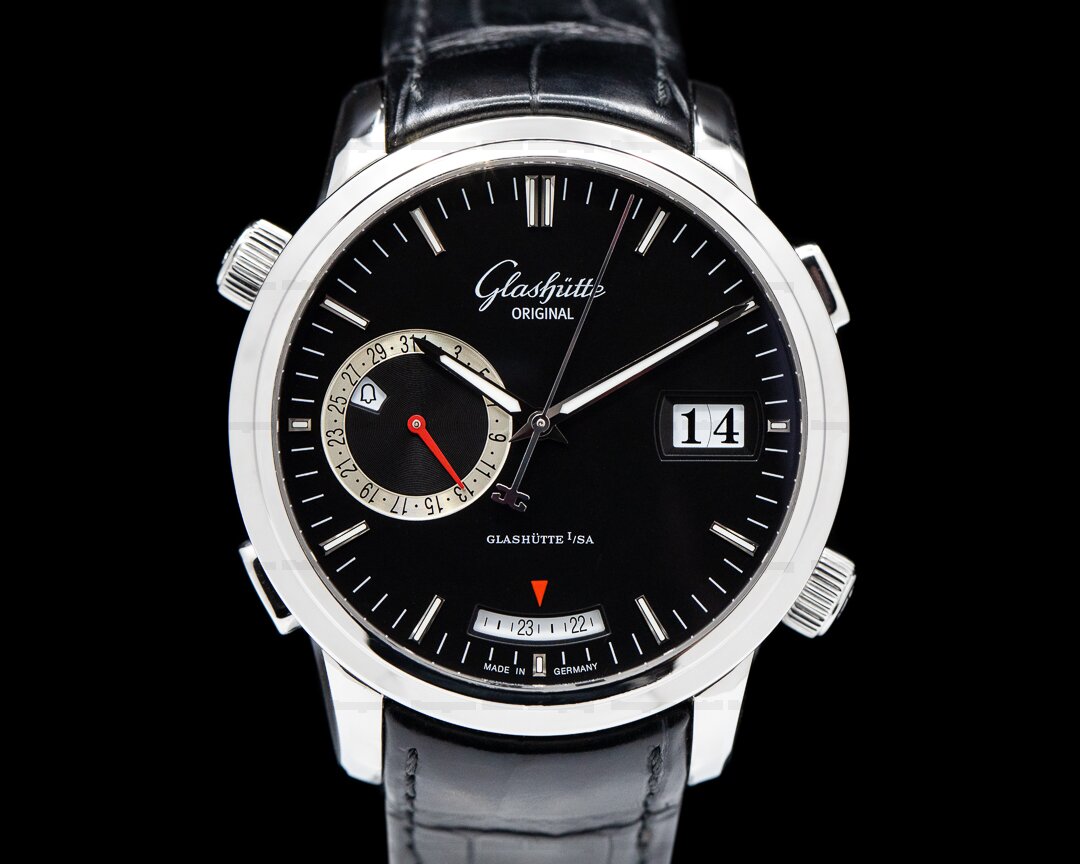 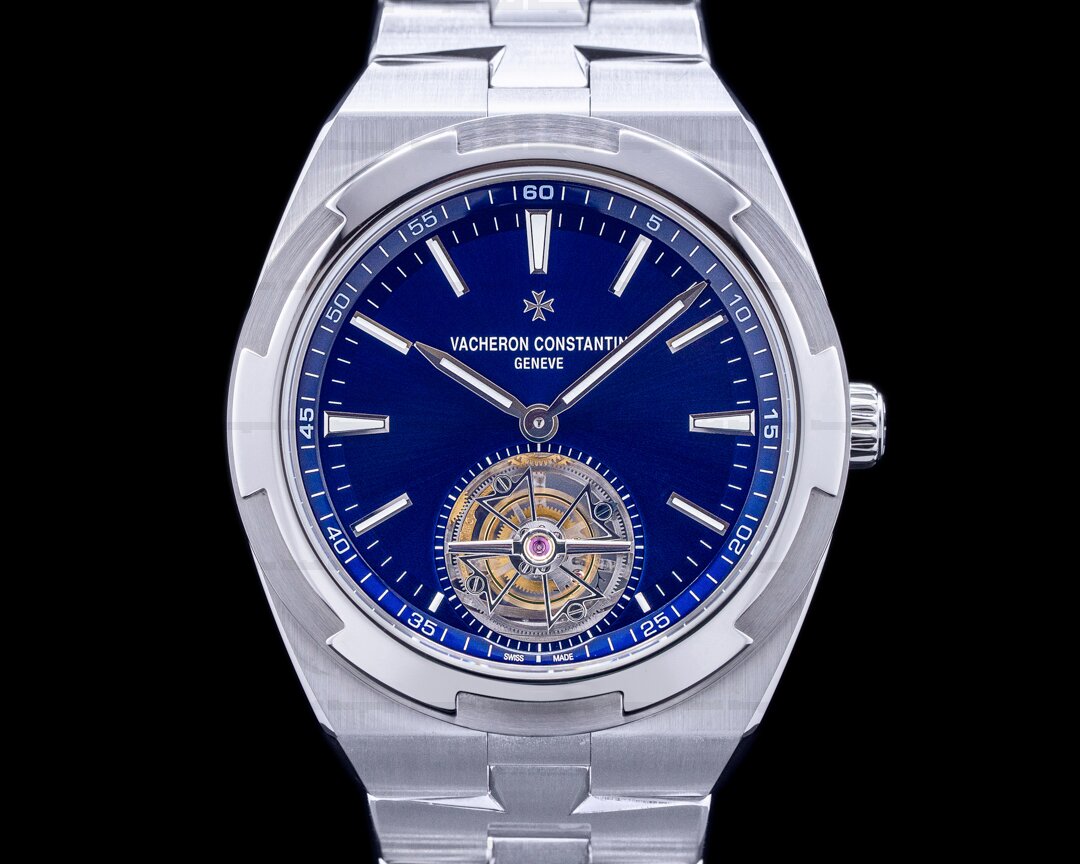 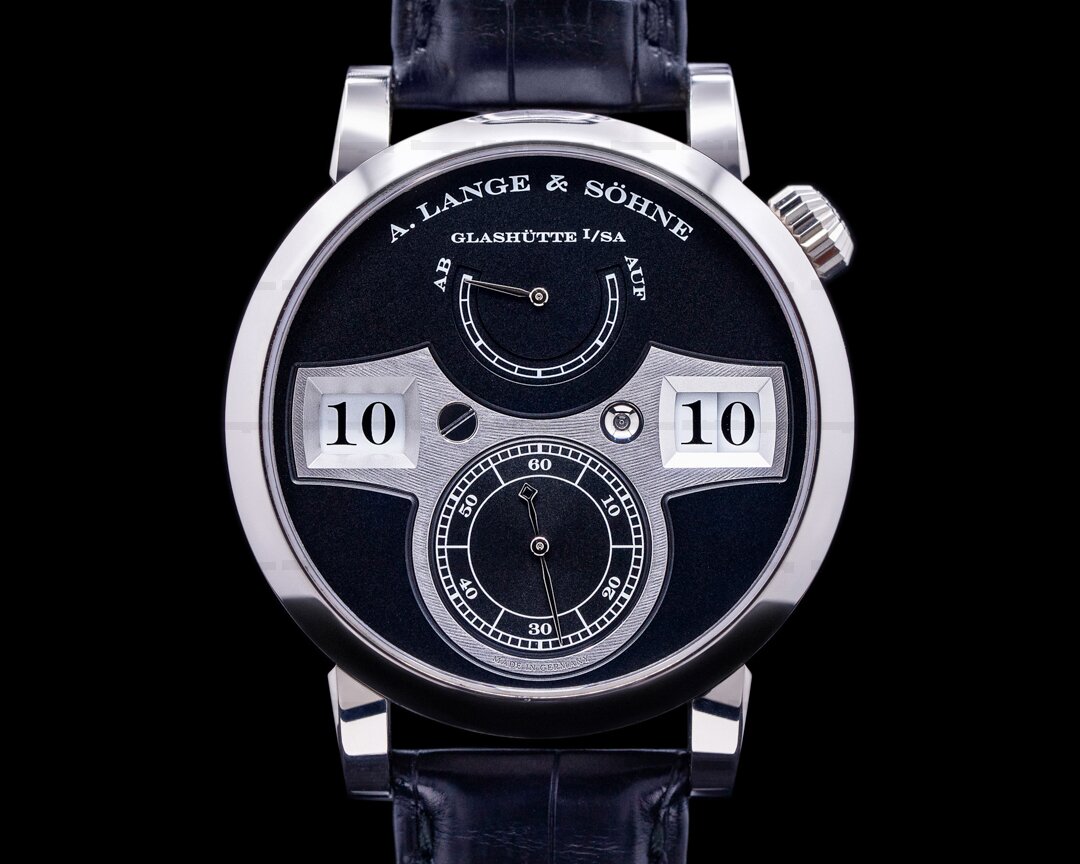