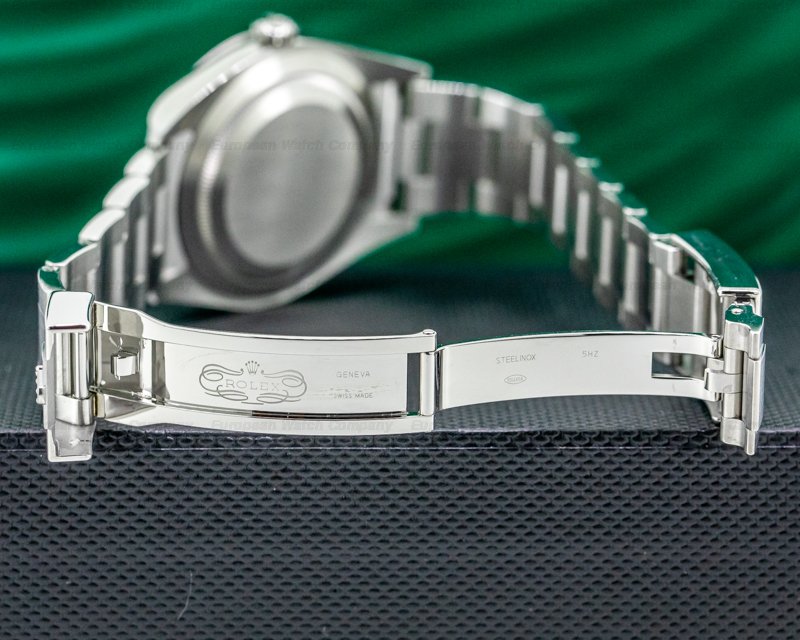 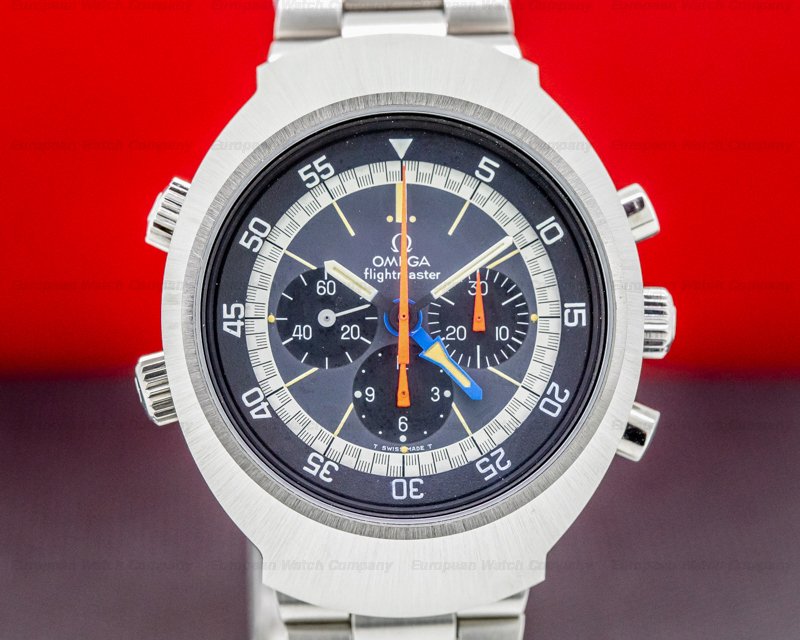 This is a vintage stainless steel c.1970's Omega Flightmaster Cal 911 second series 145026. It has an Omega stainless steel link bracelet with a deployment clasp, and a tempered mineral glass crystal. There are three screw down signed winding crown, including one at 10 o'clock that controls the blue GMT second time zone hand, one between 8 and 9 o'clock that controls the 60-minute elapsed time inner bezel with luminous Arabic numerals every five minutes to 60, and there is third crown at 3 o'clock for time setting. It has a screw down solid case back engraved with "FLIGHTMASTER," the Omega symbol, and a Jet airliner surrounded by 24 world cities and time zones. The 43mm diameter solid two-body ovoid case, hooded lugs, bracelet, and convex bezel, are polished/brushed. It has a two-tone anthracite grey tritium dial with luminous tritium stick baton hour indices and luminous pips at the quarter-hours, surrounded by a black 1/5 second/minute chronograph scale on a white reserve. It has pointed baton hour and minute hands with tritium inserts, an orange center sweep chronograph hand with a red needle tip, and there is a blue arrow-shaped GMT hand with a tritium insert. It includes three recessed black subsidiary dials with white Arabic numerals, markers, and white/orange dart-shaped indicator hands (white for the seconds dial and orange for the chronograph dials) including a running small constant seconds register at 9 o'clock, a 12-hour chronograph totalizer at 6 o'clock, and there is a 30-minute chronograph counter at the 3 o'clock position. It has a 48-hour power reserve at full winding, it's water resistant to 30 meters/100 feet, and the 17mm thick case, dial, and movement are all signed. The Omega Flightmaster Cal 911 second series 145026 has a mechanical manual winding Omega Caliber 911 (based on the Omega caliber 861 and originally the Lemania caliber 1873) chronograph movement. It's copper colored and it's constructed with 17 jewels, an Incabloc shock absorber system, and a straight-line lever escapement. It includes a monometallic balance, a self-compensating flat balance spring, and an index regulator. The mechanism oscillates at a frequency of 21,600 vph (3Hz). Omega introduced the Flightmaster in 1969 for pilots. This Omega Flightmaster Cal 911 second series is from the earliest production of the second generation of the model, featuring a running seconds counter instead of 24-hour counter at nine o’clock on the dial. 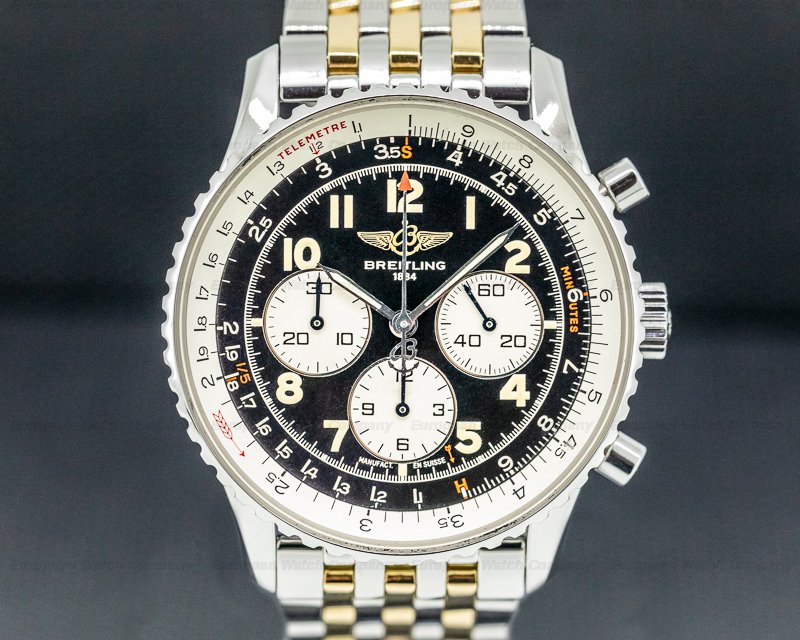 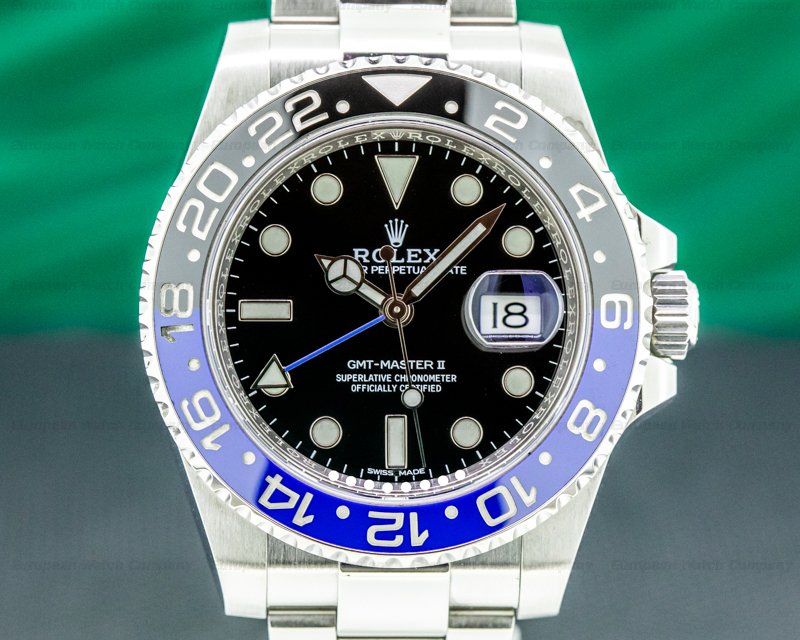 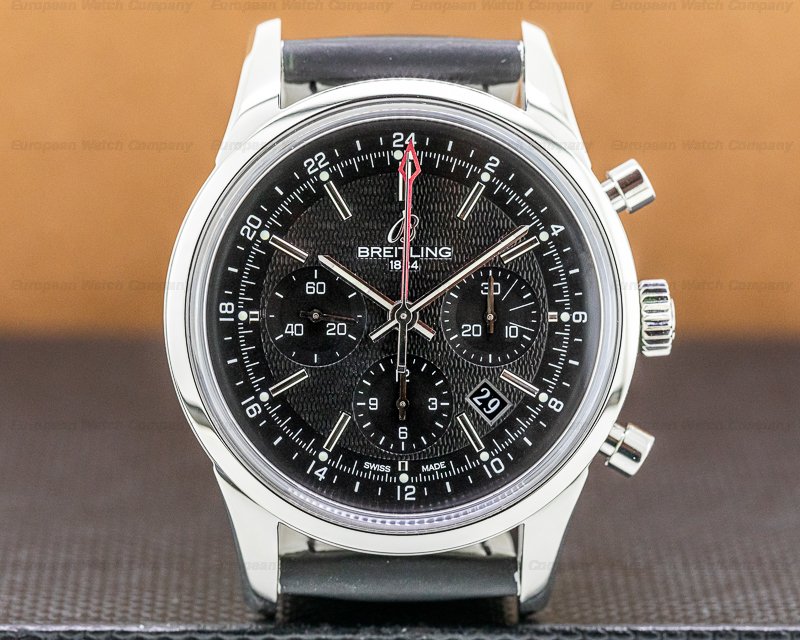 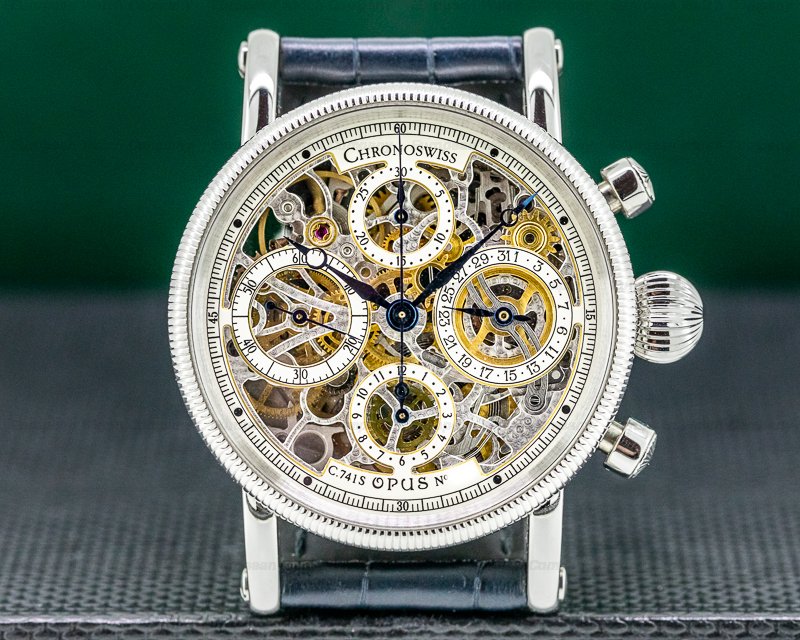 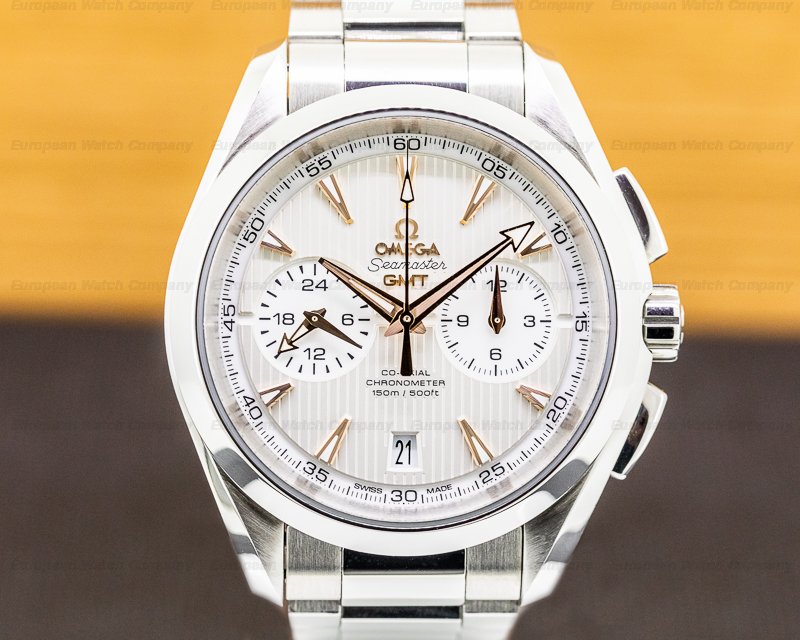 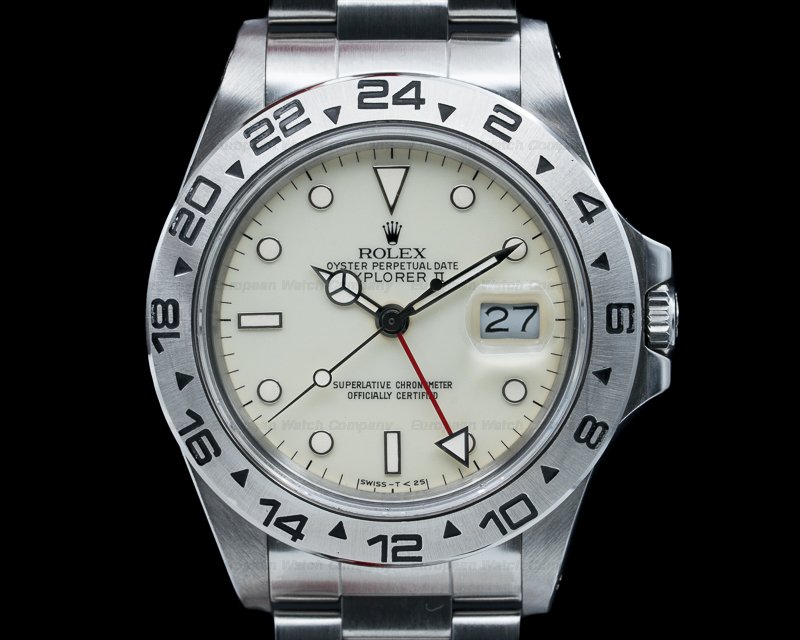 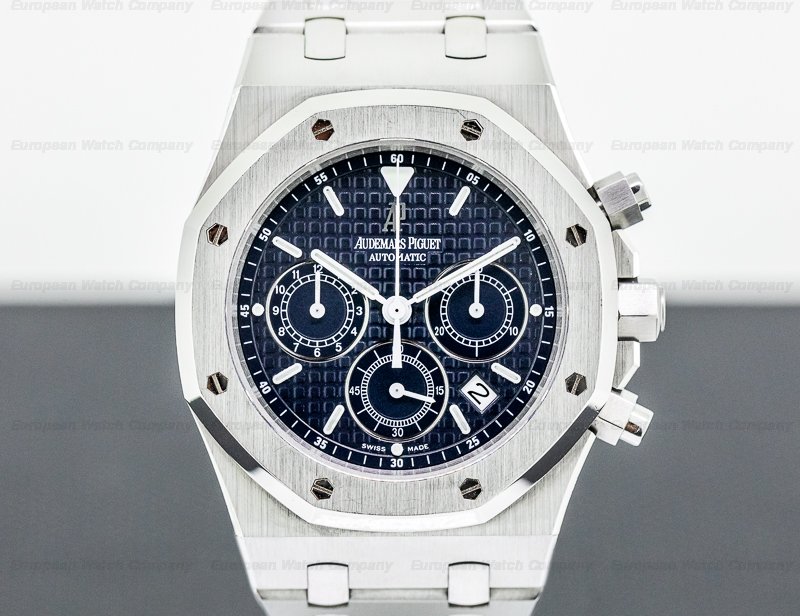 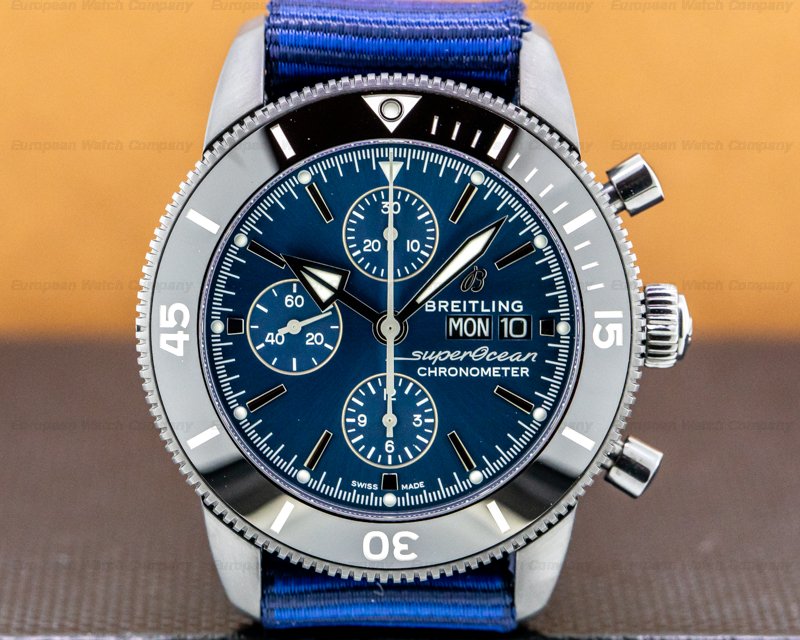 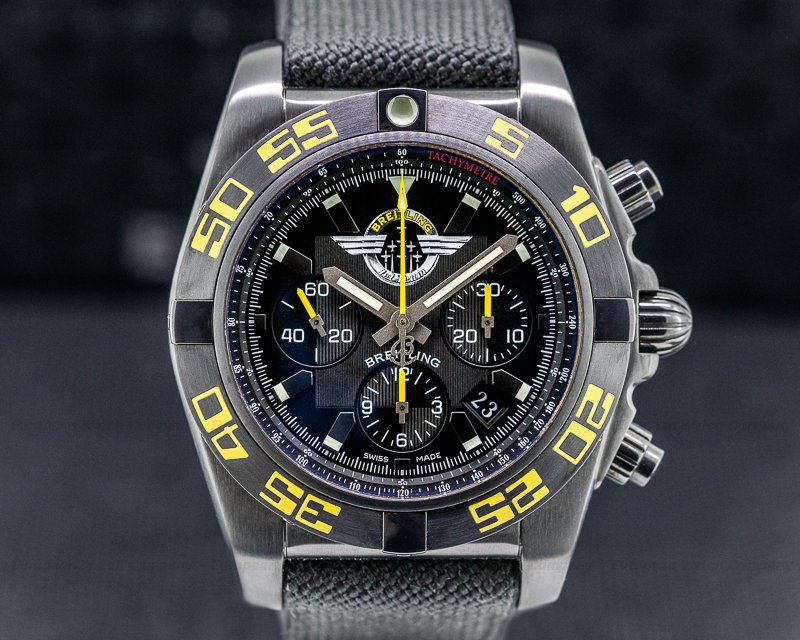 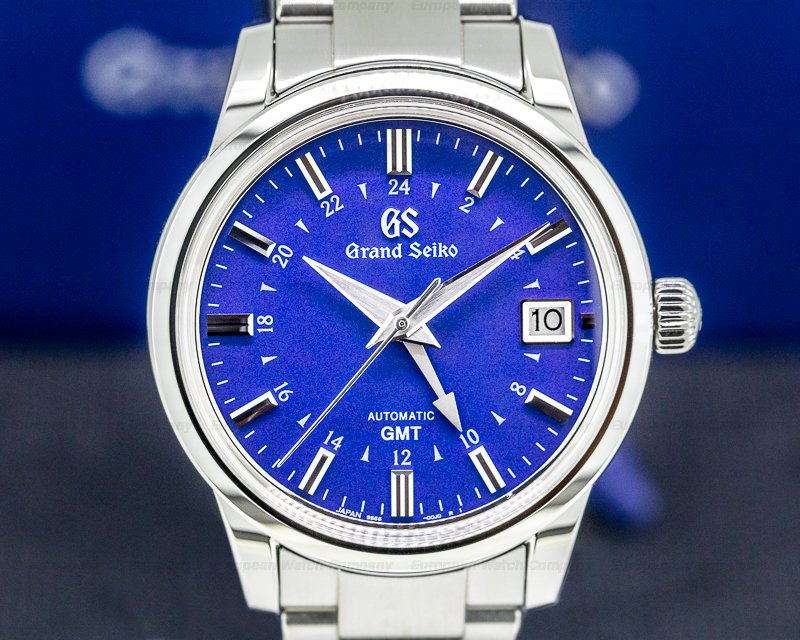