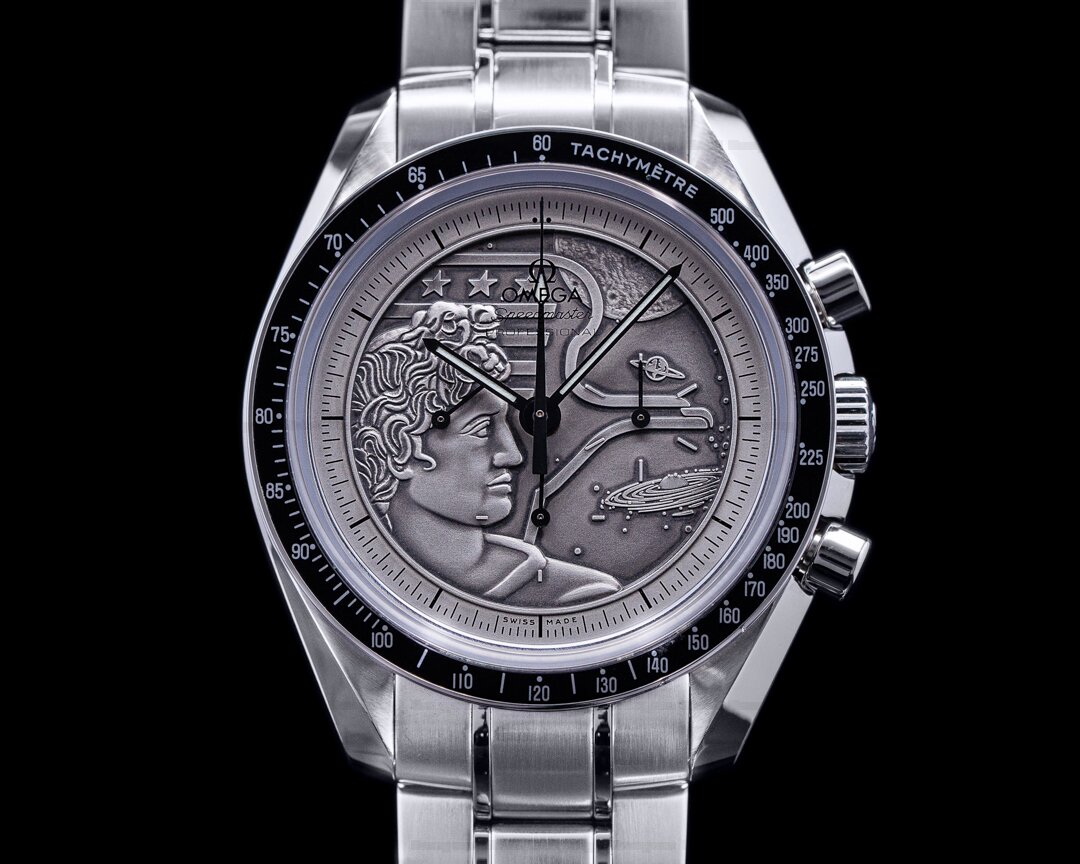 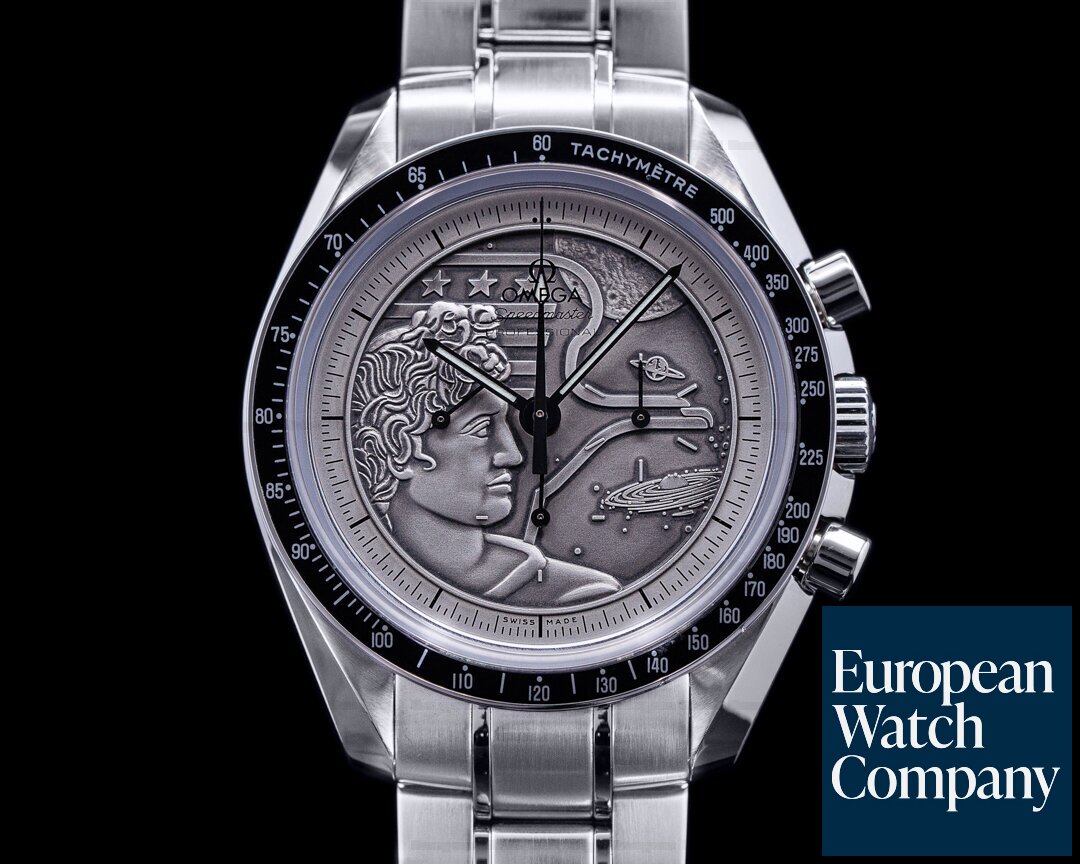 This is a stainless-steel Omega Speedmaster Apollo XVII "The Last Man on the Moon" 40th Anniversary Speedmaster 311.30.42.30.99.002. It includes a stainless-steel case on an integral stainless-steel link bracelet with a folding deployment clasp and a domed anti-reflective scratch resistant sapphire crystal. It has a signed screw down protected winding crown, "pushrod-style" chronograph push buttons, and the screw down solid case back is engraved with "LIMITED EDITION – THE LAST MAN ON THE MOON - DECEMBER 14, 1972 – APOLLO XVII 40TH ANNIVERSARY," a hallmark and a serial number. The 42mm diameter solid 2-body case with polished edges, hooded lugs, bracelet, and flat black ceramic bezel with a silver tachymeter scale to 500 UPH, are satin/brushed. The dial is a high relief depiction of the Apollo XVII mission patch in .925 silver with a portrait of Apollo, a space background, the American flag, the Omega logo, and "SPEEDMASTER PROFESSIONAL" printed on the crystal. There is an outer perimeter chapter ring with black second/minute markers, pointed blackened steel baton hour and minute hands with luminous fill, and it has a black center sweep second hand with a luminous arrow indicator. There are three subsidiary dials with only blackened indicator hands including a constant running small seconds register at 9 o'clock, a 30-minute chronograph counter at 3 o'clock, and there is a 12-hour chronograph counter at 6 o'clock. It has a 48-hour reserve at full winding, it's water resistant to 100 meters/165 feet, and the 14mm thick case, dial, and movement are all signed. This Omega Speedmaster Apollo XVII "The Last Man on the Moon" 40th Anniversary Speedmaster 311.30.42.30.99.002 has a mechanical manual winding Omega caliber 1861 (base Lemania 1873) movement that's rhodium plated. It's constructed with 18 jewels, a shock absorber device, and a straight-line lever escapement. It includes a monometallic balance, a self-compensating flat balance spring, and an index regulator. The mechanism oscillates at a frequency of 21,600 vph (4 Hz). This Omega Speedmaster Apollo XVII "The Last Man on the Moon" 40th Anniversary Speedmaster 311.30.42.30.99.002 was released in 2012 to commemorate the final lunar landing mission It was produced in a limited edition of only 1,972 examples. 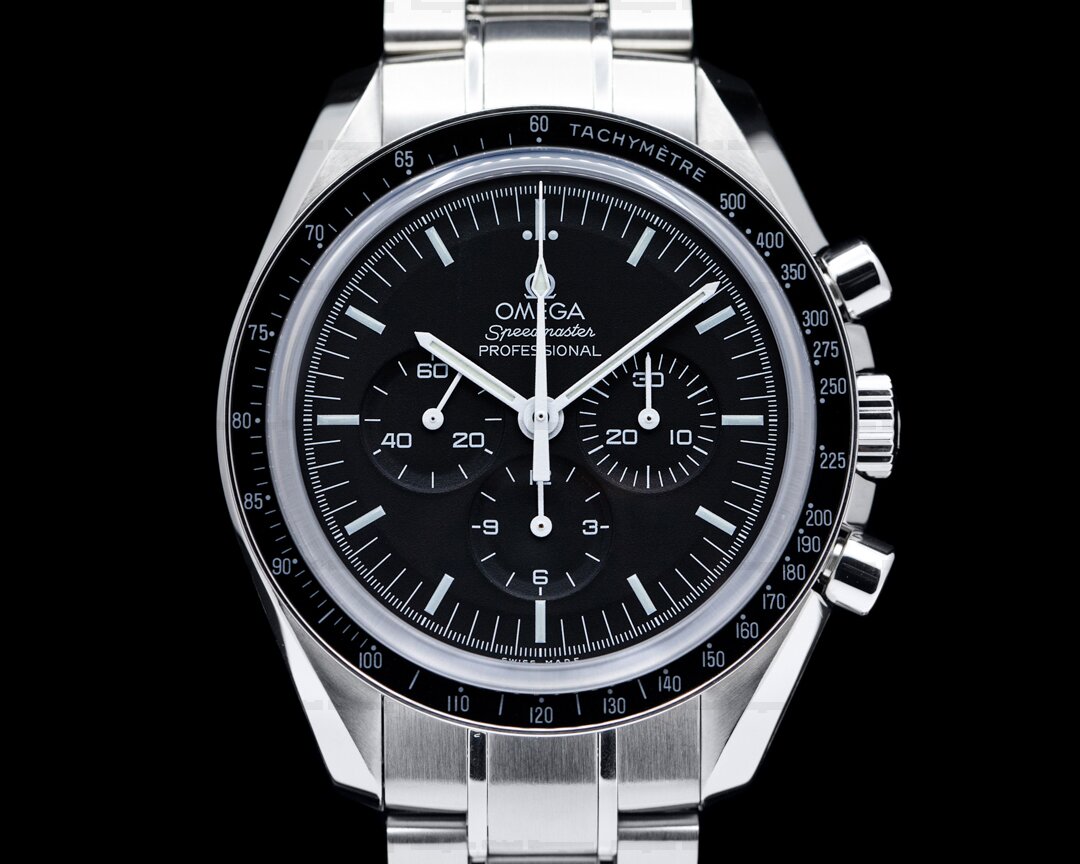 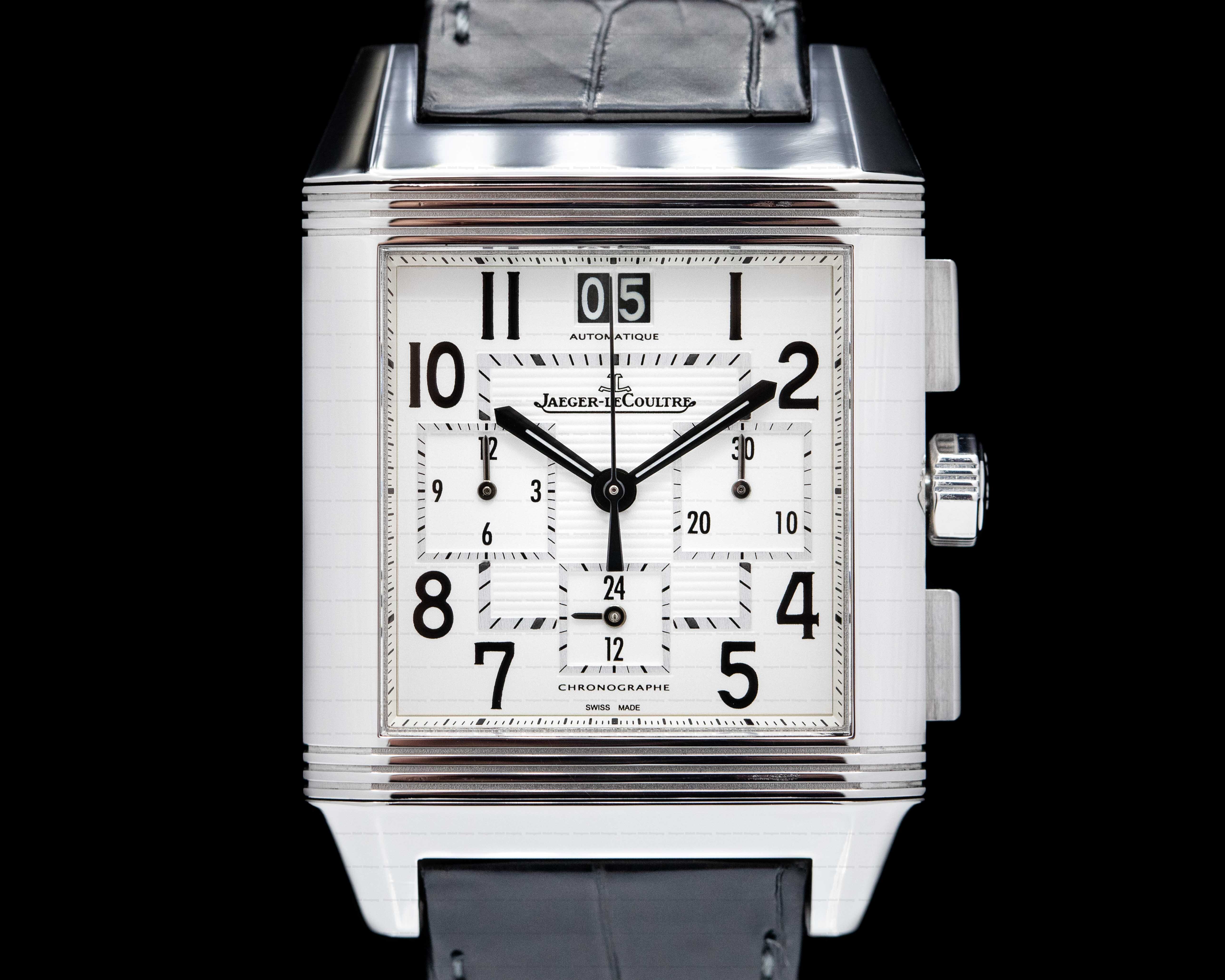 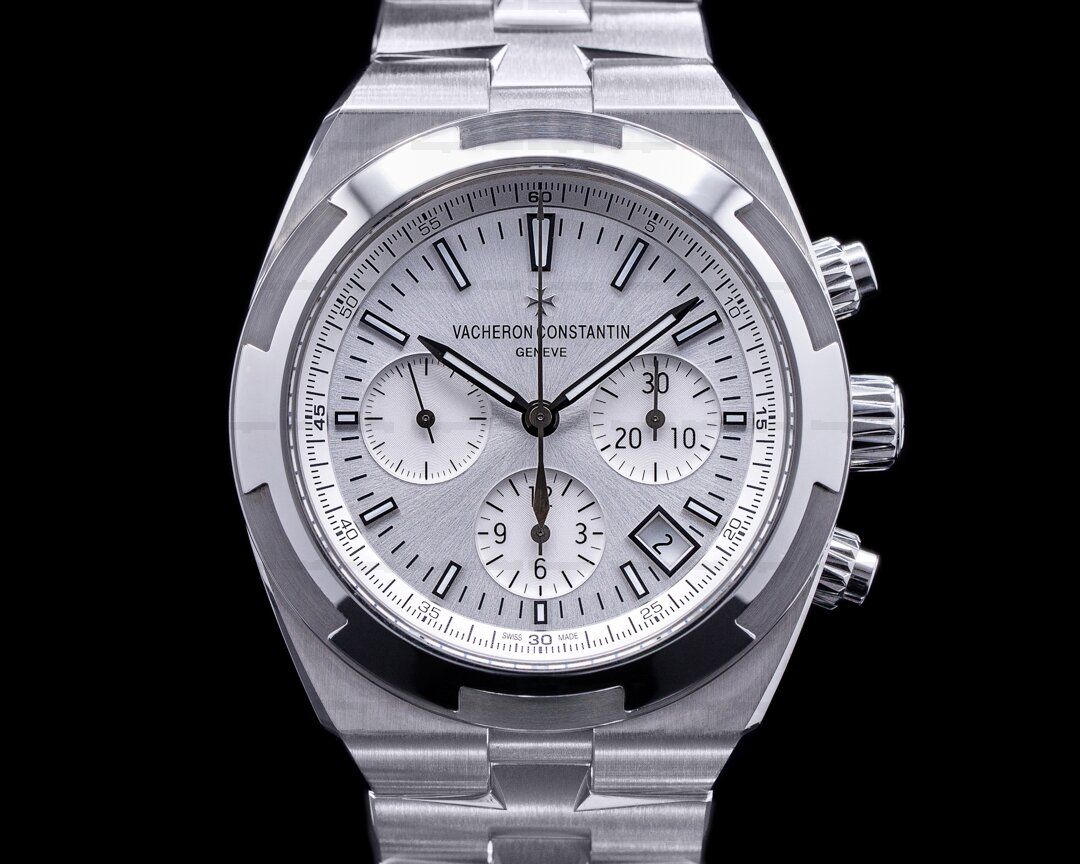 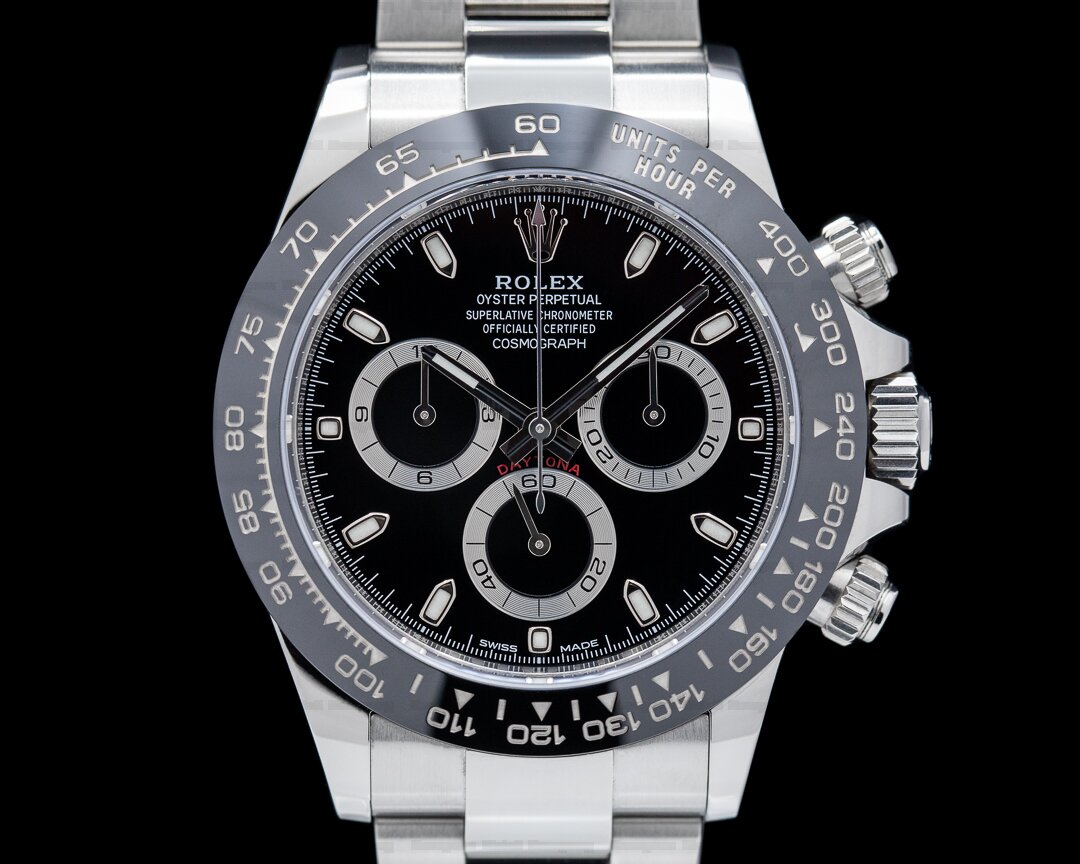 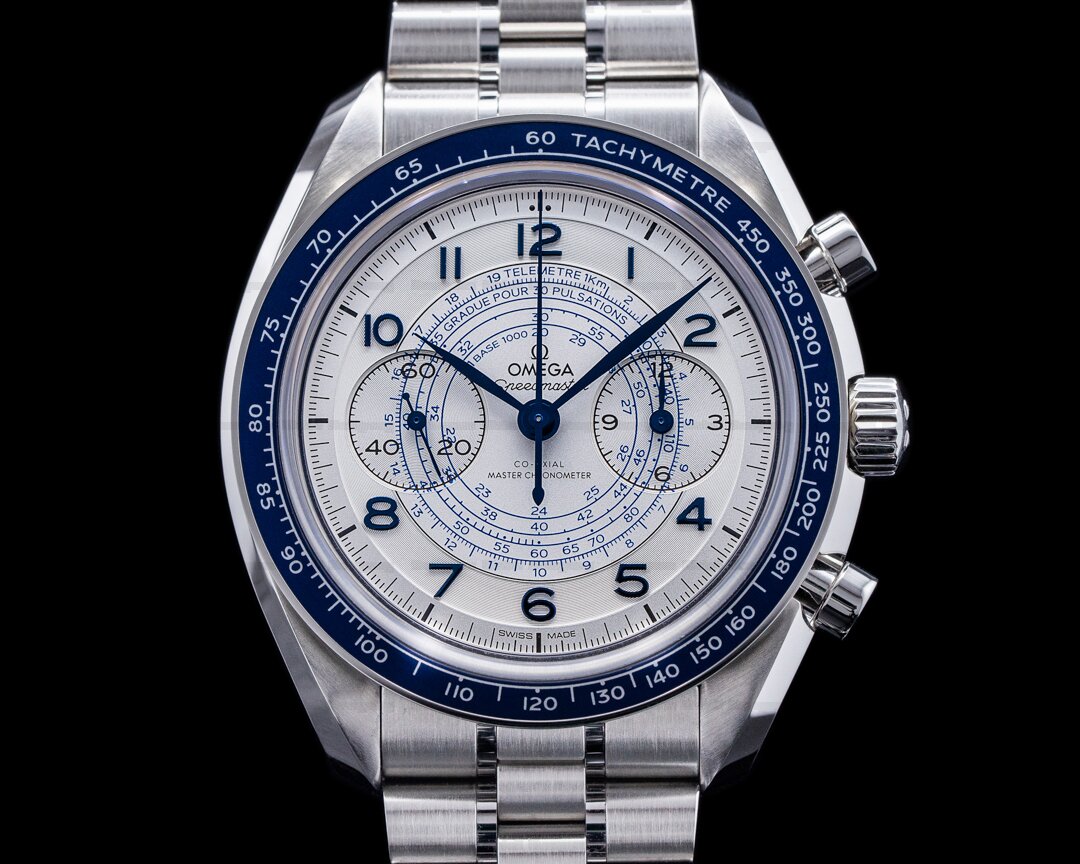 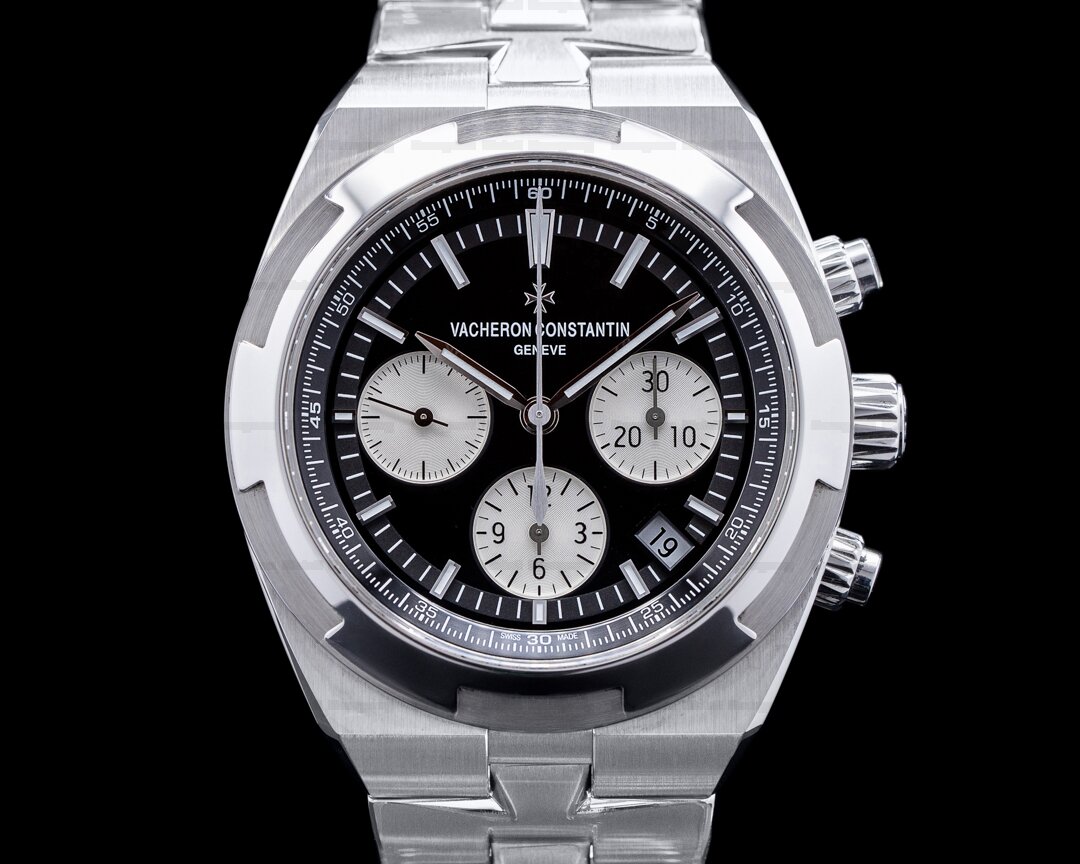 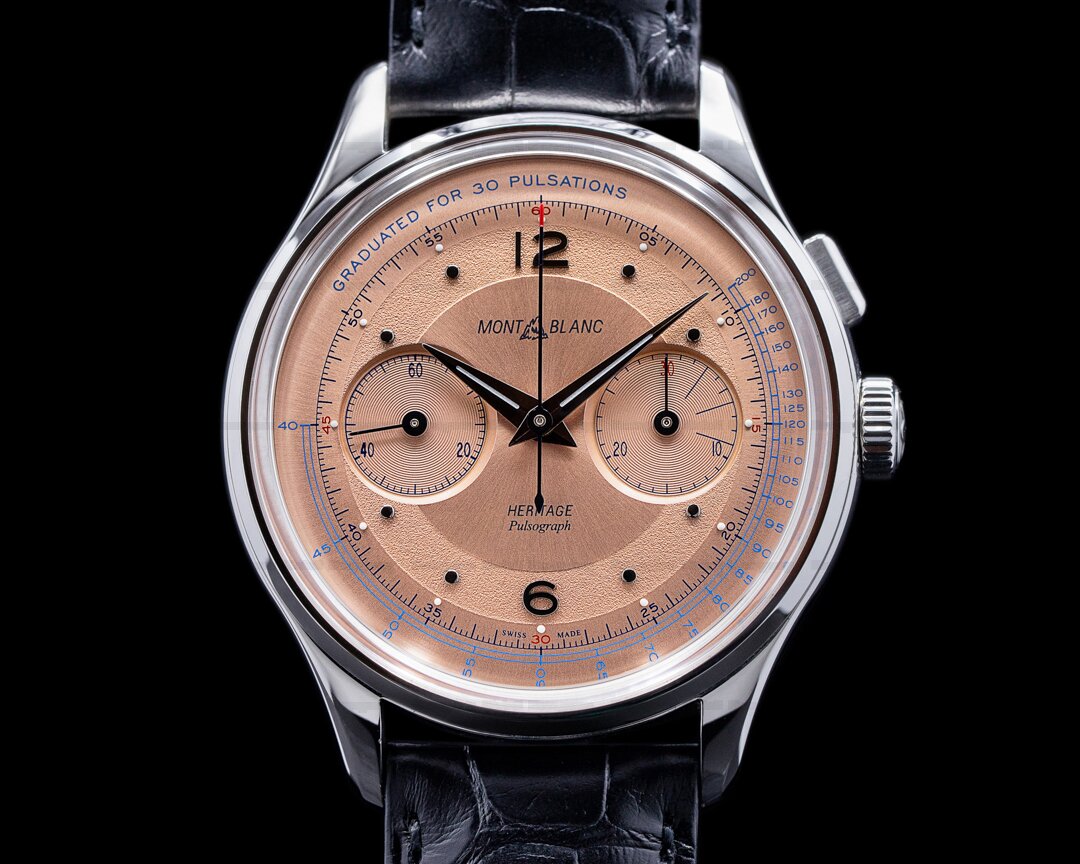 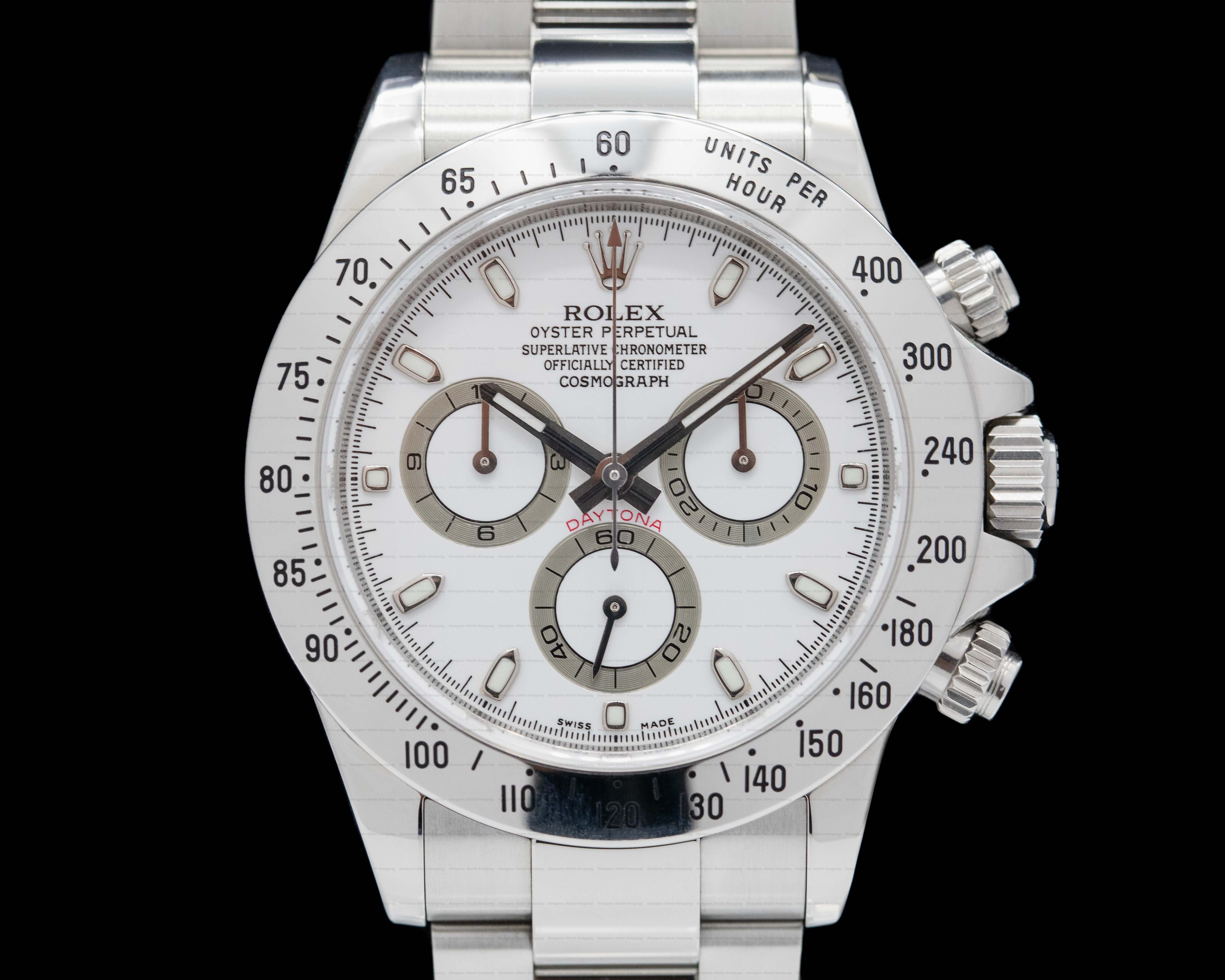 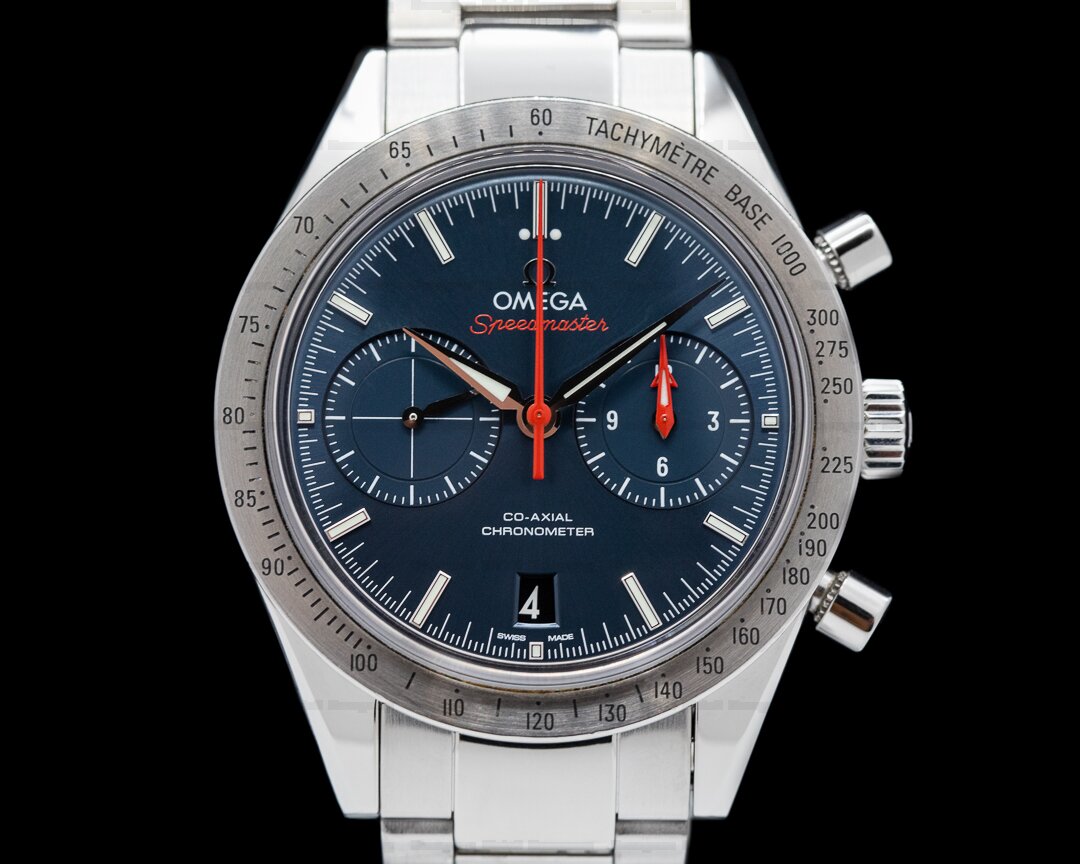