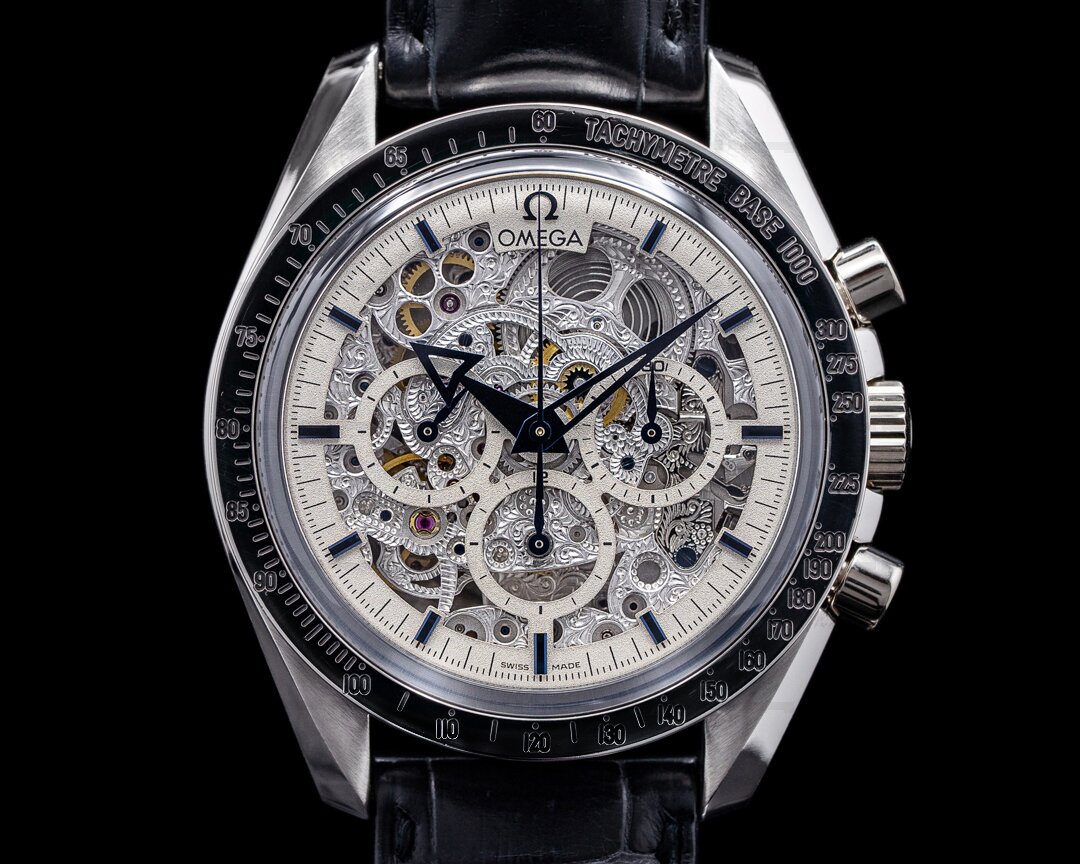 Omega 3658.50.31 Speedmaster Skeleton Broad Arrow 36585031 Introduced in 2009 this Omega is limited to only 21 pieces worldwide, 950 platinum case on a strap with a folding deployant buckle, the platinum case is in outstanding original condition and appears to have been worn sparingly, automatic wind Omega caliber 3303 movement fully skeletonized engraved and decorated, 55-hour power reserve, transparent dial with rhodium chapter ring and blued applied hour markers, blued skeletonized “Broad Arrow” hands in styled after those first seen on the original model, reference 2915, 12 hour chronograph, sapphire crystal, display back, water resistant to 100ft, diameter: 42mm. An outstanding opportunity to own one of the most precious Omega skeleton watches every produced, Like new with Omega box and pictogram card. The watch just came back from a $1000+ full service from Omega in 2021, receipt will be included. (37480)

This is a .950 platinum Omega Speedmaster Skeleton Broad Arrow 3658.50.31. It includes an alligator leather strap with a platinum folding deployment buckle and scratch resistant sapphire crystals (domed over the dial). It has a signed screw down winding crown with crown guards, round chronograph push buttons, and there is an exhibition sapphire display crystal case back engraved with "OMEGA – SPEEDMASTER – PLATINUM – LIMITED SERIES," and a serial number with hallmarks underneath the top lugs. The 42mm diameter barrel shaped solid two-body case, straight lugs, and flat fixed bezel with a black engraved tachymeter scale to 300 UPH, are polished/brushed. It includes applied faceted blued rectangular hour markers around a black minute/second scale on a rhodium perimeter chapter ring, blued broad arrow hour and minute hands (like the hands on the original model 2915), and it has a blued center sweep second hand. The fully skeletonized and hand ornamental filigree engraved dial has floating rhodium chapter rings with black markers and blued indicator hands for the three subsidiary dials, including a small constant running seconds register at 9 o'clock, a 12-hour chronograph totalizer at 6 o'clock, and there is a 30-minute chronograph counter at the 3 o'clock position. It's water resistant to 30 meters/100 feet, it has a 55-hour power reserve at full winding, and the solid case, dial, and movement are all signed. This Omega Speedmaster Skeleton Broad Arrow 3658.50.31 has a mechanical automatic Omega caliber 3321 movement, a base pre-coaxial version of Omega's column-wheel chronograph movement based on the Piguet 1285 ebauche. It's rhodium-plated and skeletonized with extensive hand engraving. It's constructed with 33 jewels, a straight-line lever escapement, a platinum rotor with a raised Speedmaster medallion, and a shock absorber mechanism. It includes a monometallic balance that's adjusted to 5 positions, a self-compensating flat balance spring, and a hacking seconds mechanism for precision time setting. The mechanism oscillates at a frequency of 28,800 vph (4 Hz). The Omega Speedmaster Skeleton Broad Arrow 3658.50.31 was introduced in 2003 in a limited edition to only 21 examples worldwide. 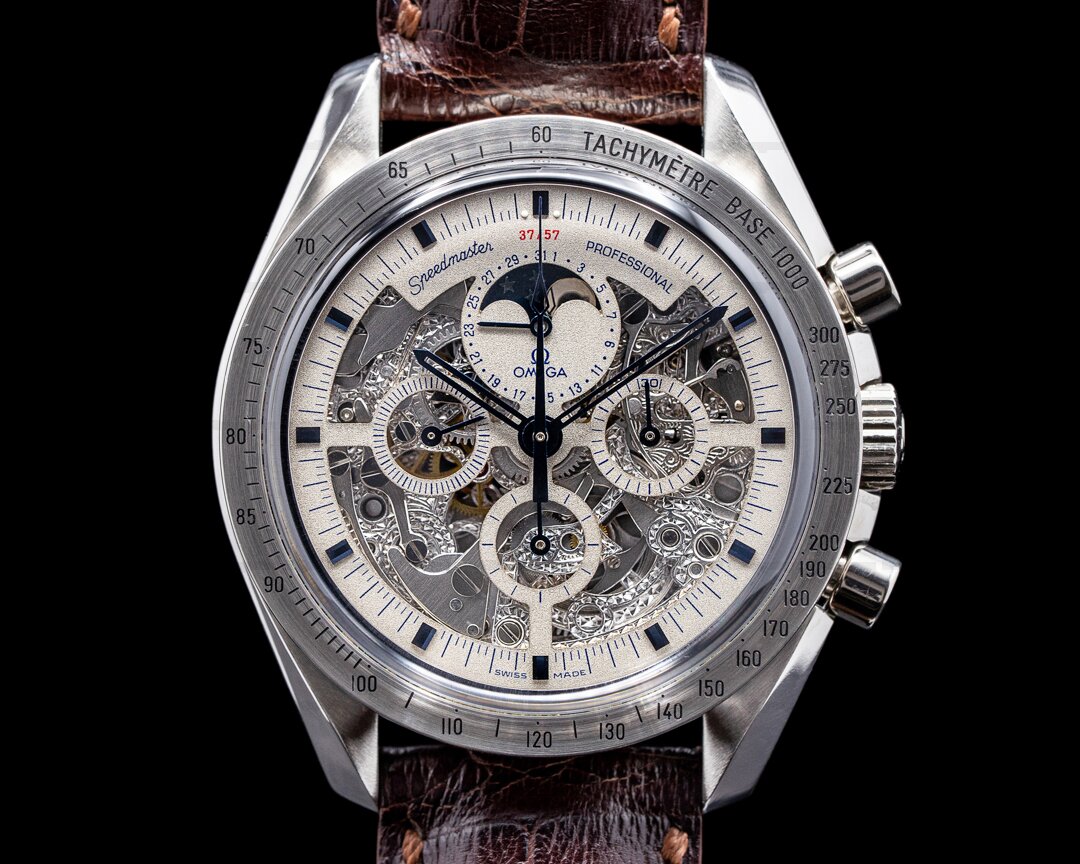 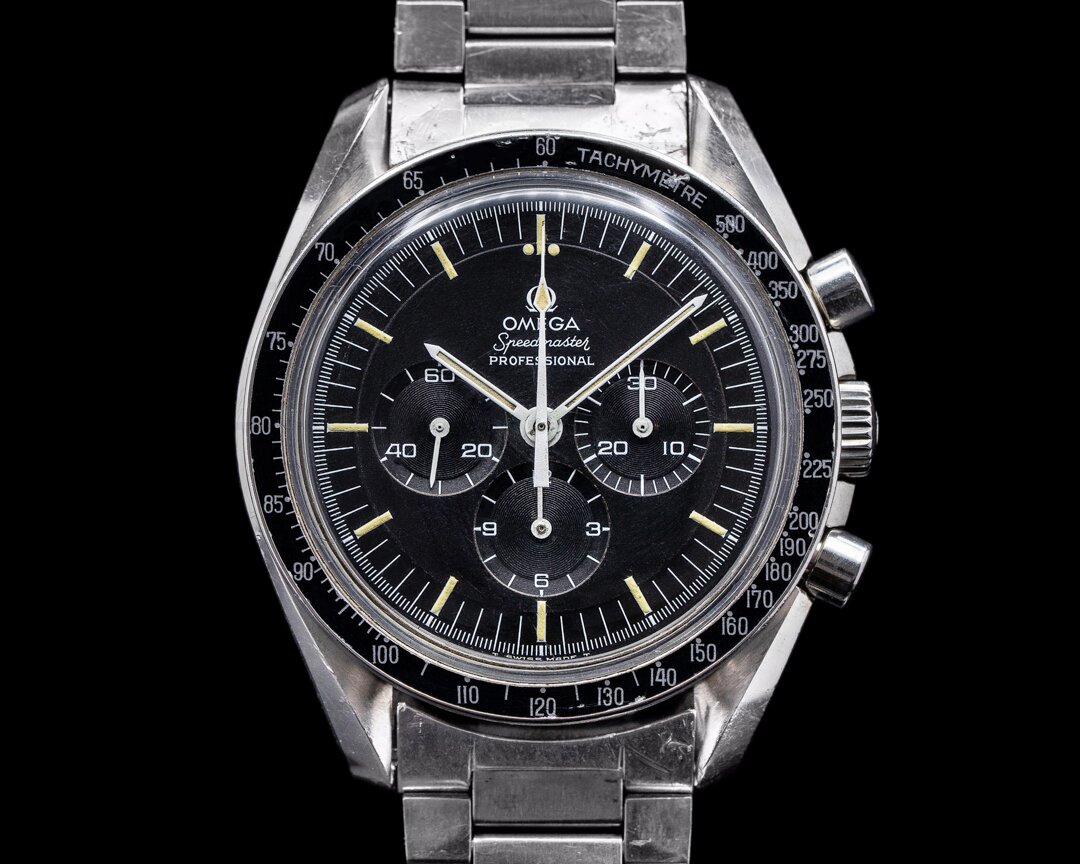 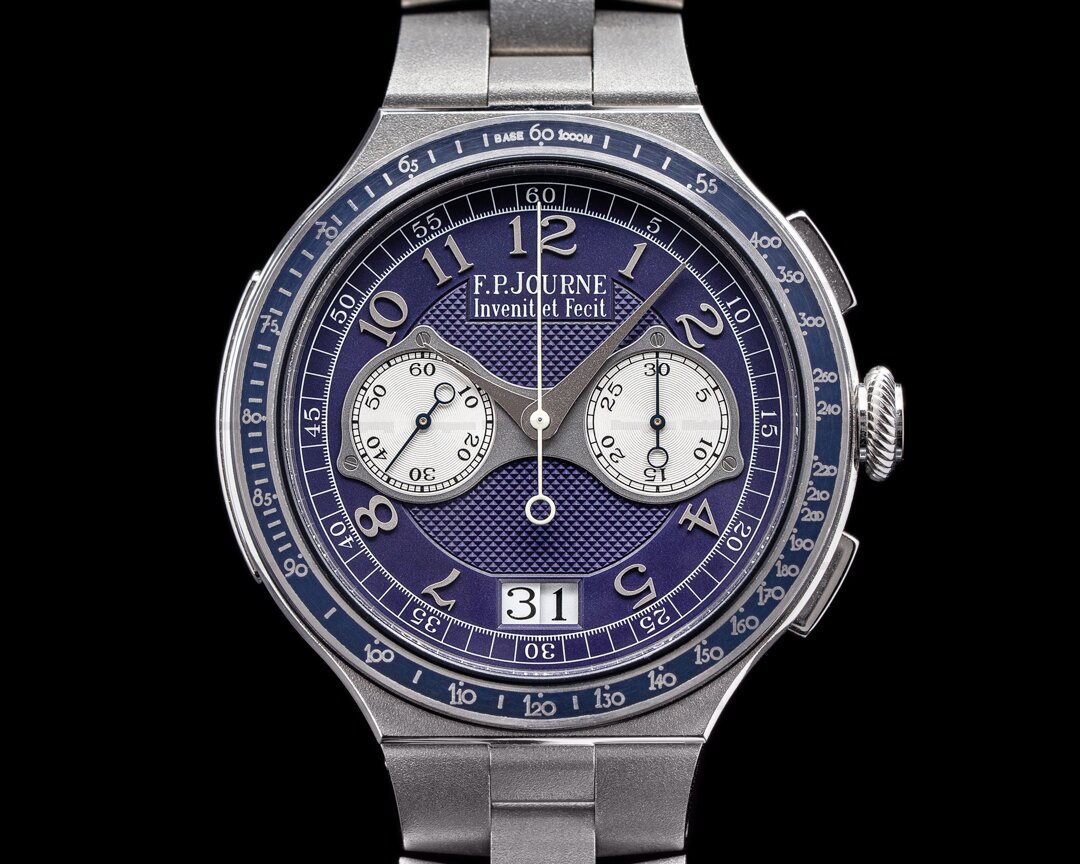 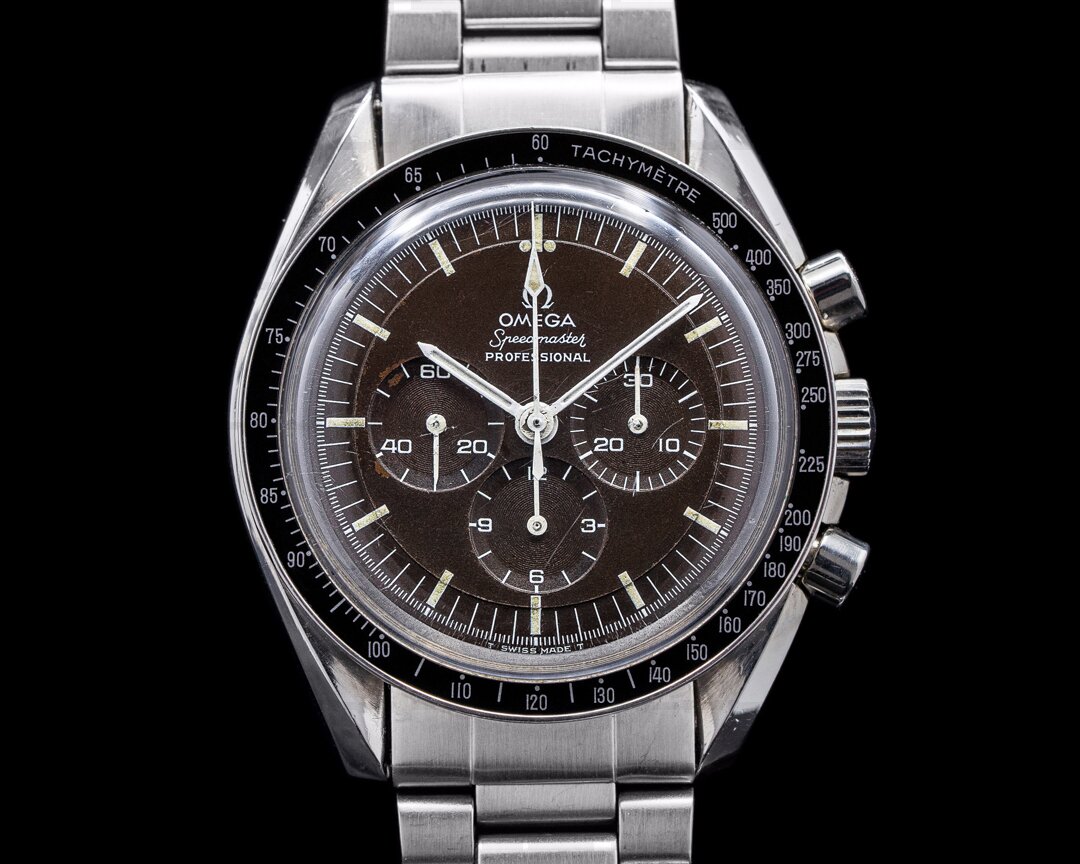 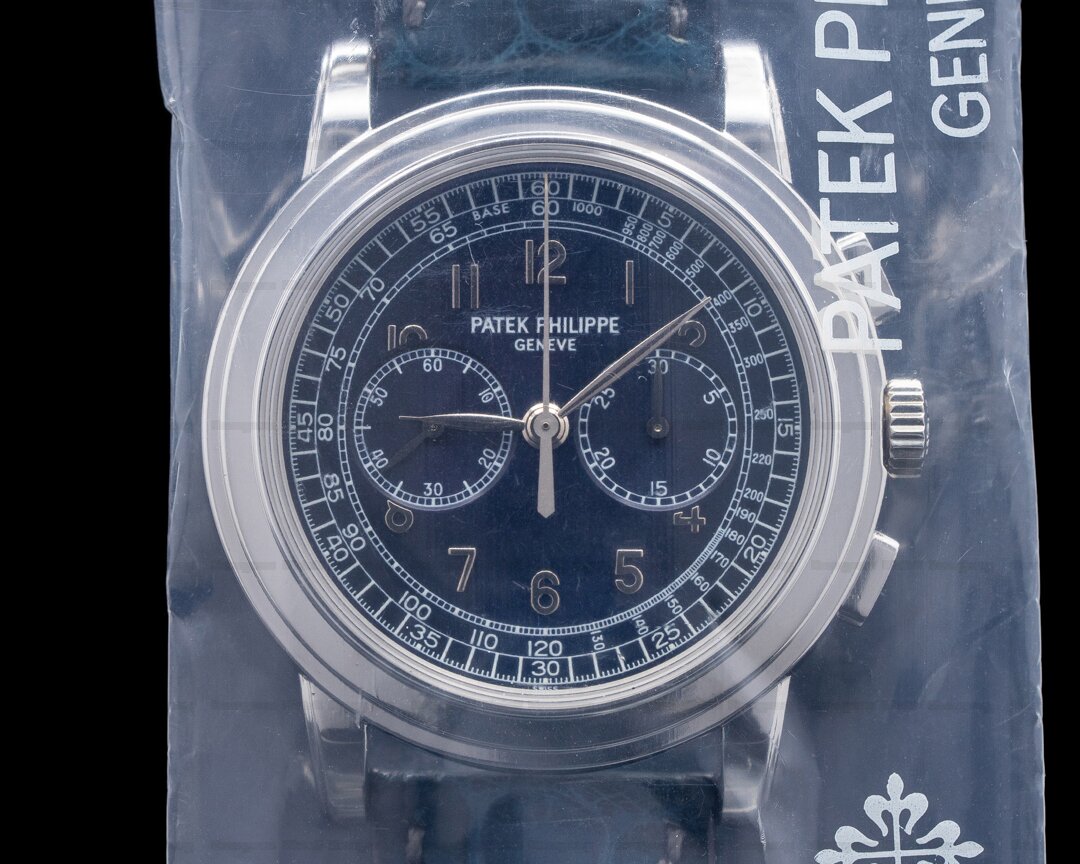 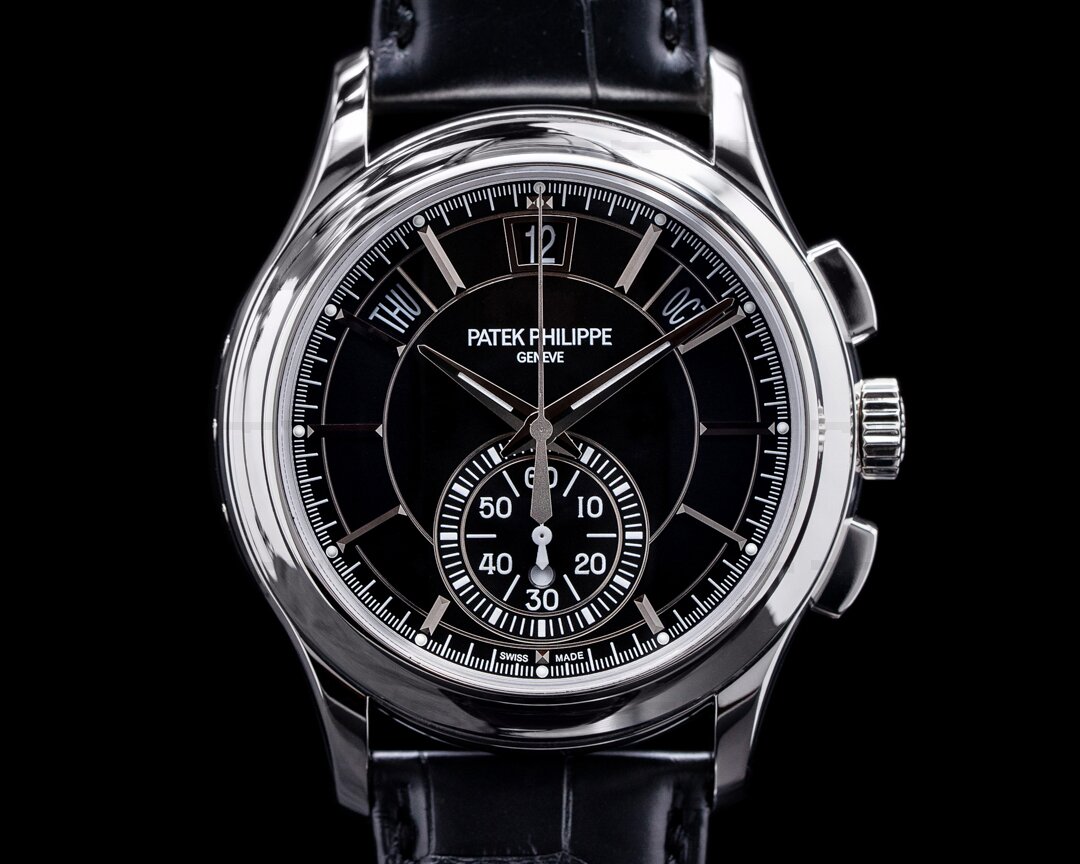 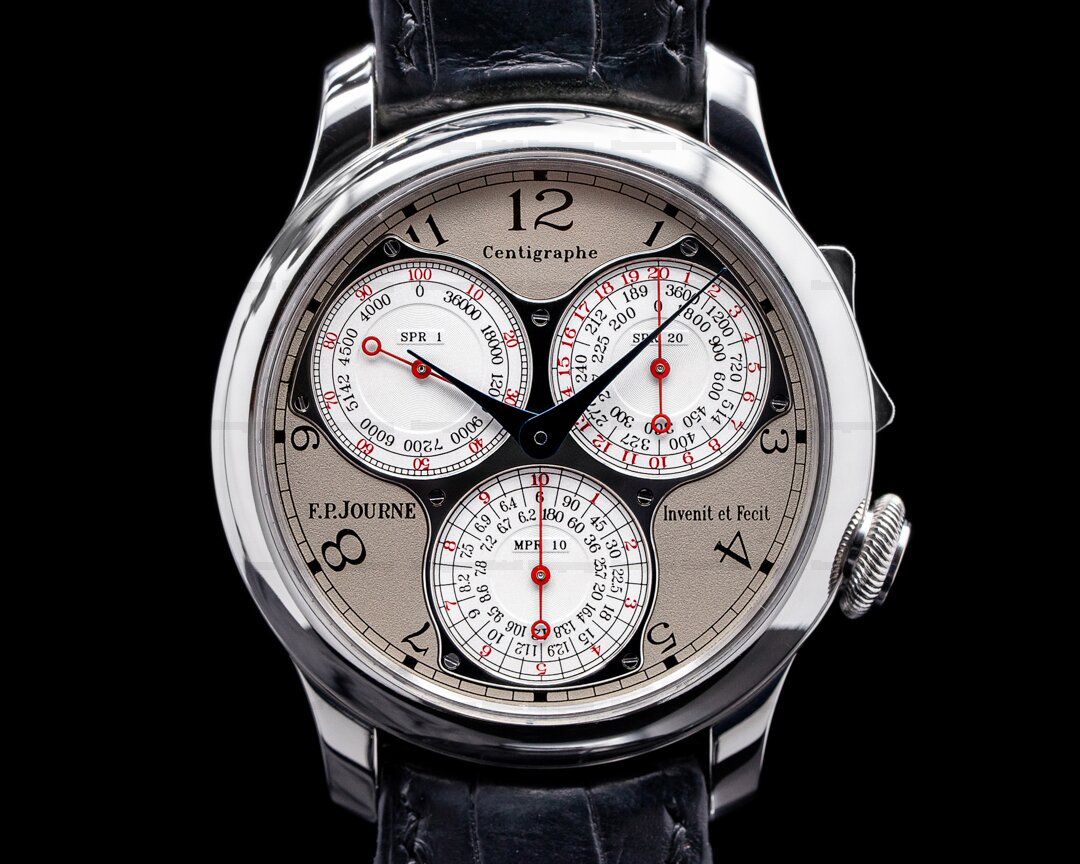 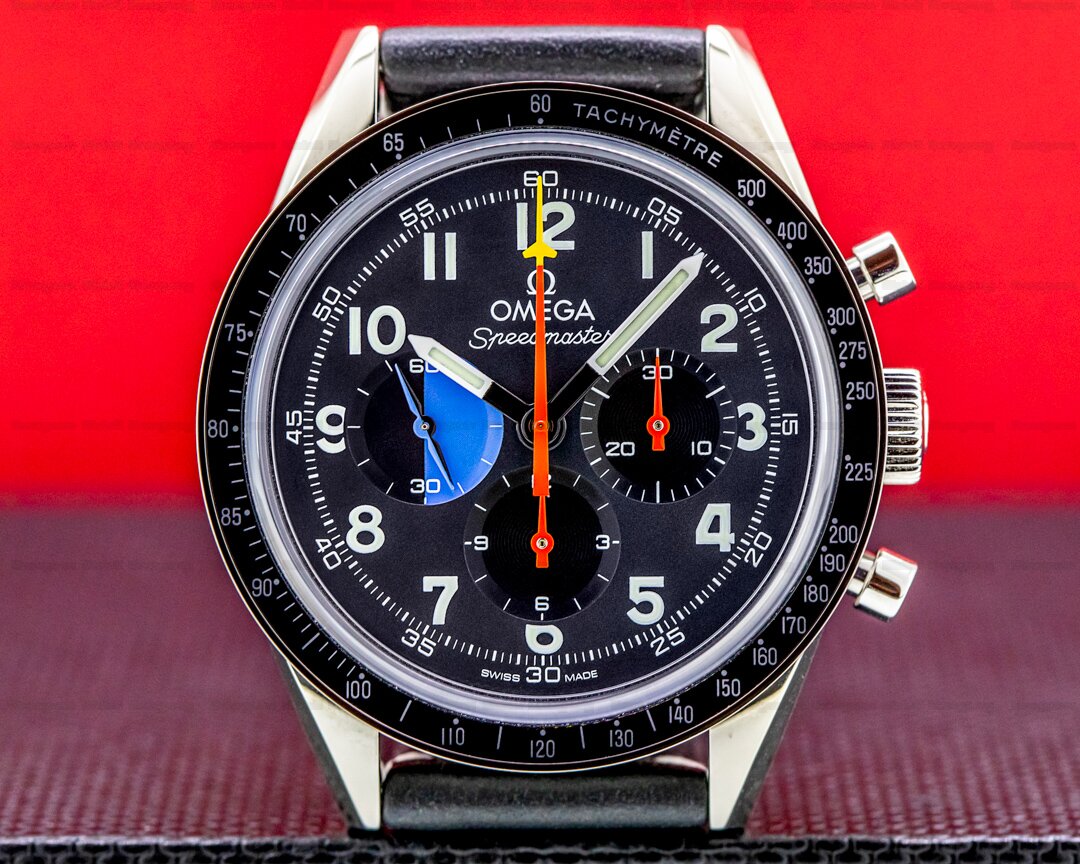 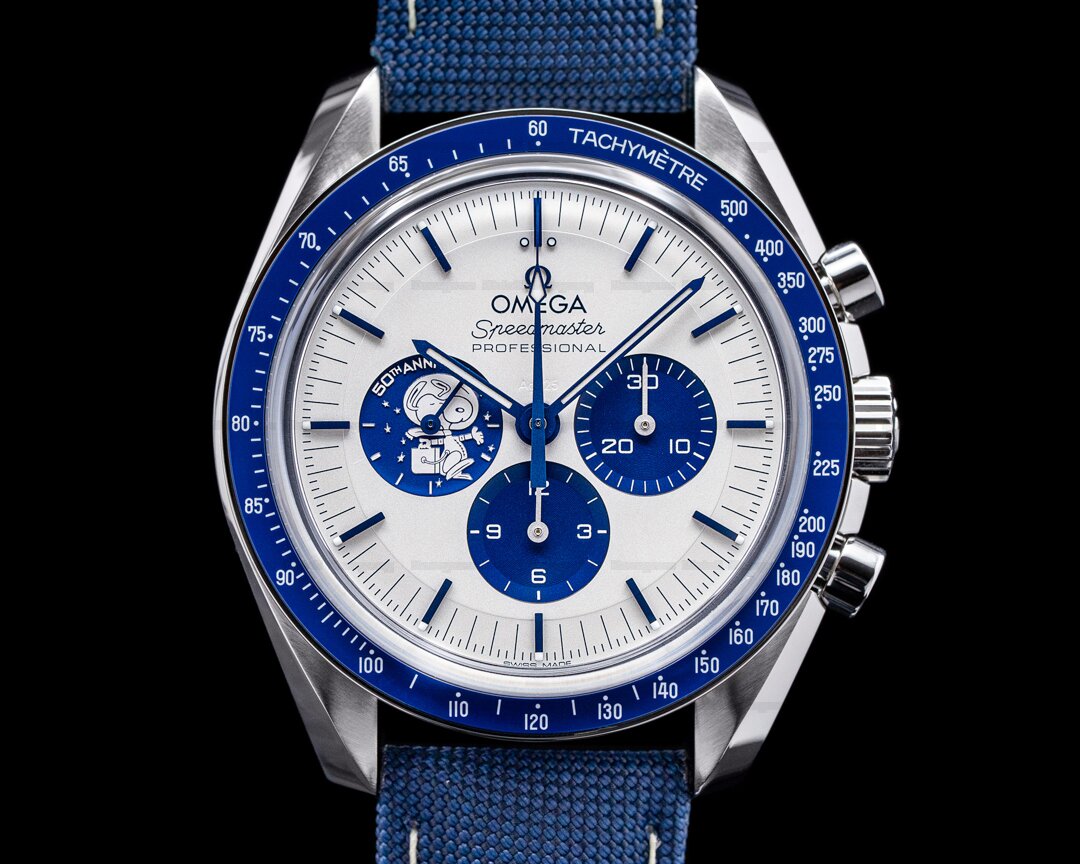