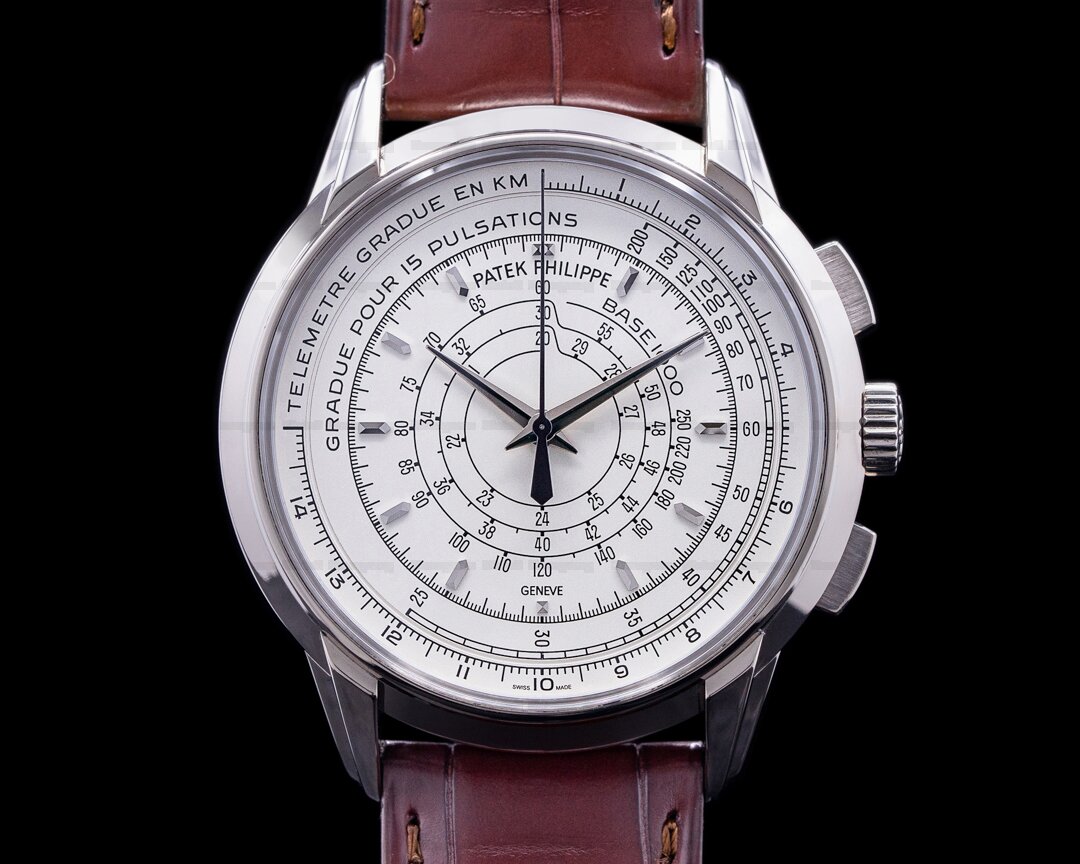 This is an 18k white gold Patek Philippe 175th Anniversary Chronograph 5975G-001. It has an alligator leather strap with a unique white gold deployment buckle, and the round clasp is engraved with “PATEK PHILIPPE 1839 – 2014” and with an engraved Calatrava cross in the center. It has a scratch resistant sapphire crystal, a pull out winding crown, and rectangular multi-scale chronograph push buttons; the pusher at 2 o’clock starts and stops the chronograph, and the pusher at 4 o’clock resets it. There is a solid snap-down case back engraved with "PATEK PHILIPPE GENÈVE - 175TH ANNIVERSAIRE - 1839 – 2014." The 40mm diameter solid three-body case, fluted lugs, and angled bezel are polished/brushed. The dial is off-white Opaline, with applied faceted white gold "boat" baton hour markers around a minute/one-fifth second track. It has gold dauphine hands, a blued center sweep constant seconds chronograph hand, and a triple concentric ring tachymeter scale to 1000 UPH. Outside is a graduated telemeter to 200 Kilometers, and the perimeter has a pulsometer scale to 15 beats, allowing a physician to measure a heartbeat in ¼ the time. It has a power reserve of 55-hours, and it's water resistant to 30 meters/100 feet. The 10.8mm thick case, dial, and movement are all signed. This Patek Philippe 175th Anniversary Chronograph 5975G-001 has a mechanical automatic self-winding Patek Philippe caliber CH 28-520 vertical-clutch column wheel chronograph movement. It's stamped with the Seal of Geneva quality mark, and it's rhodium- plated with fausses cotes embellishment. It's constructed with 29 jewels, 239 components, a shock absorber device, and a straight- line lever escapement. It includes a Gyromax balance adjusted to heat, cold, isochronism and 5 positions, a self-compensating free-sprung Breguet balance spring, a Spiromax balance spring stud, and a 21K gold rotor with oil-free ball bearing and zirconium balls. The mechanism oscillates at a frequency of 28,800 vph (4Hz). This Patek Philippe 175th Anniversary Chronograph 5975G-001 is from the Grand Complications Commemorative collection. It was introduced in 2014 to commemorate the 175th anniversary of the company (1839-2014), and it was produced in a limited edition of 400 examples. 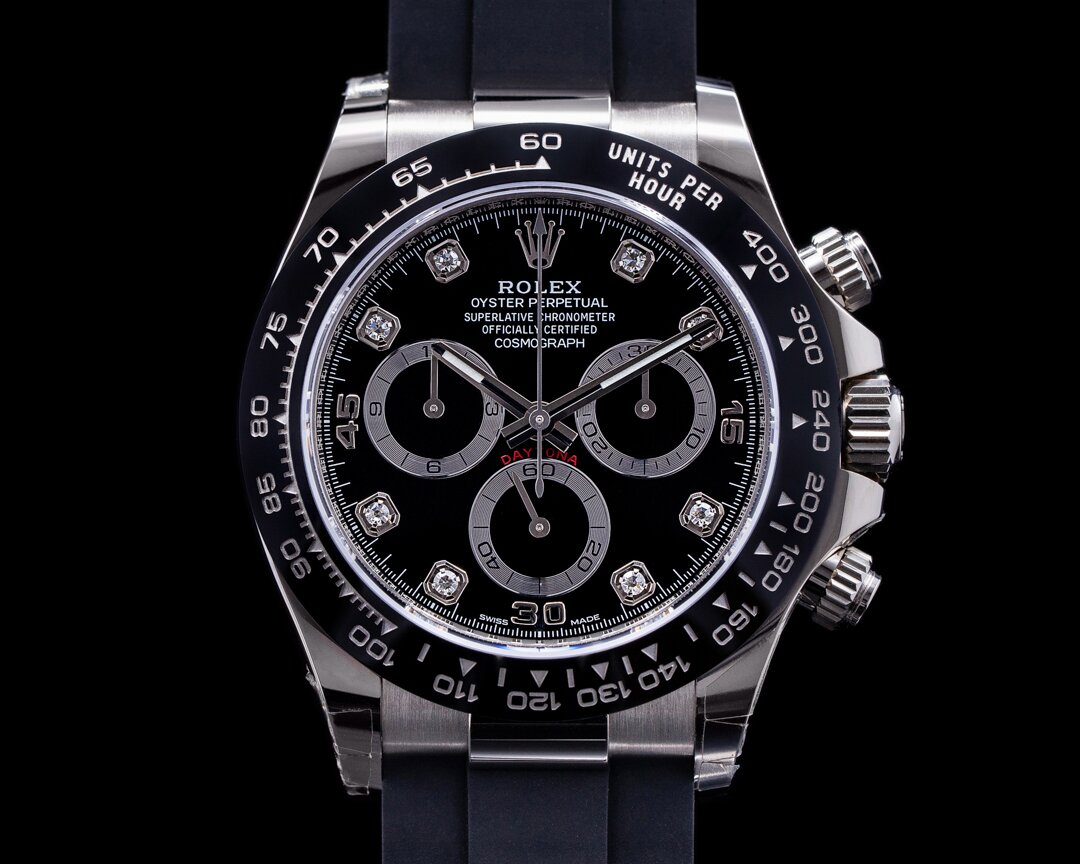 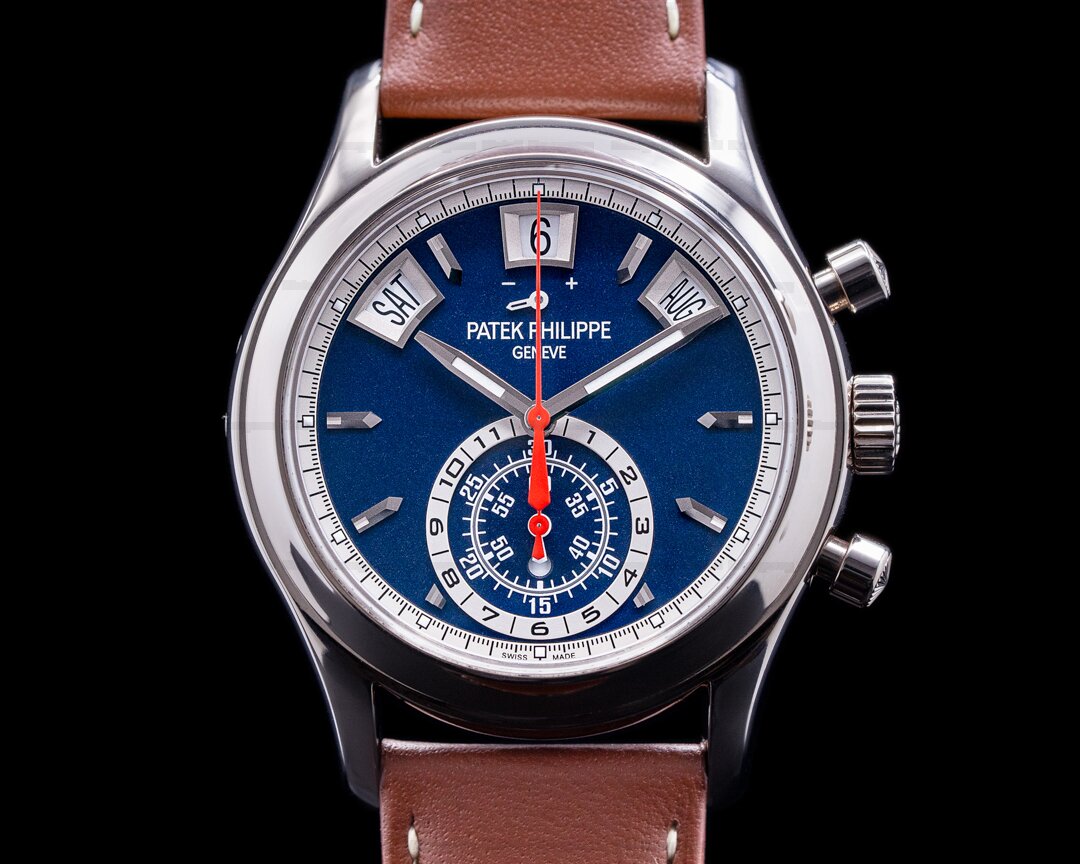 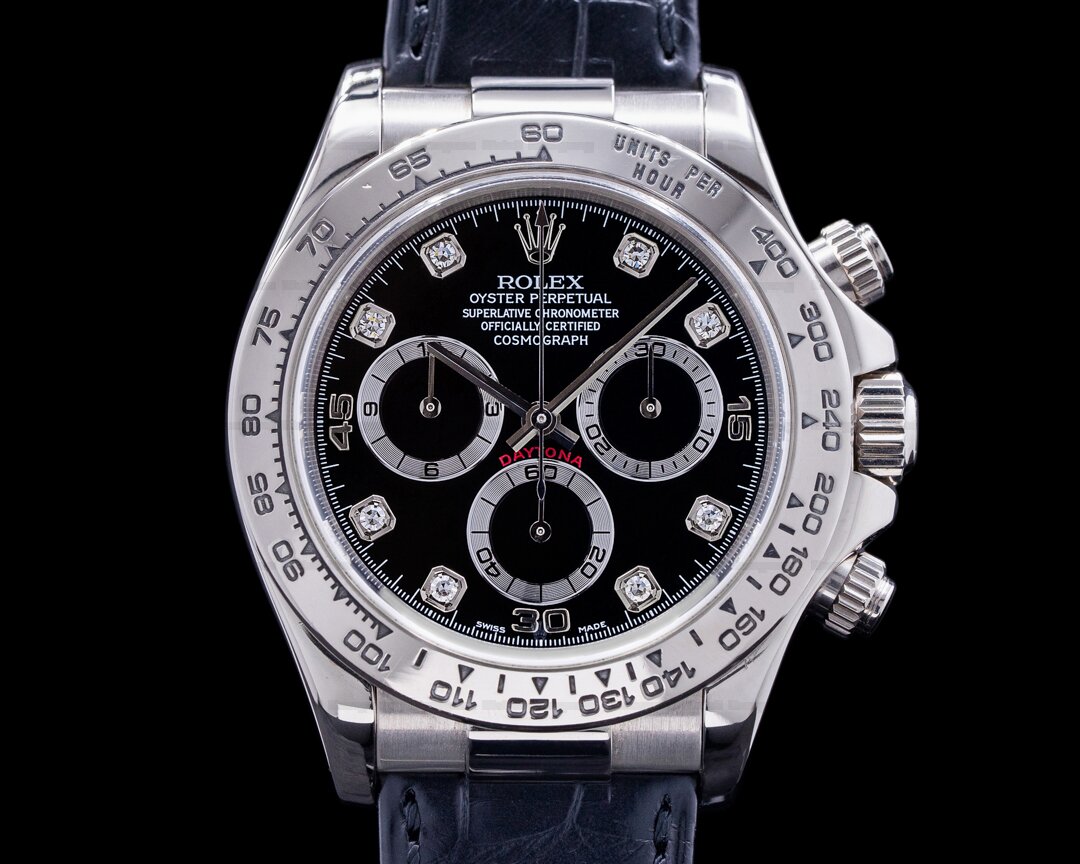 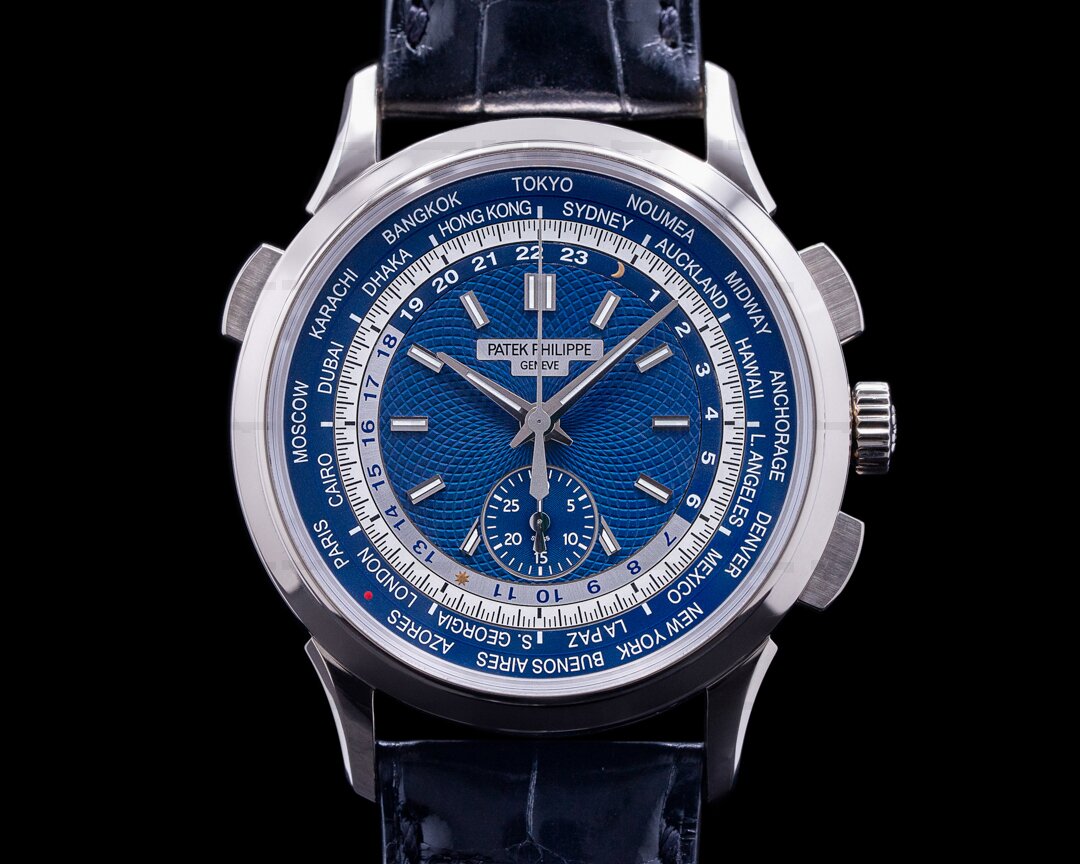 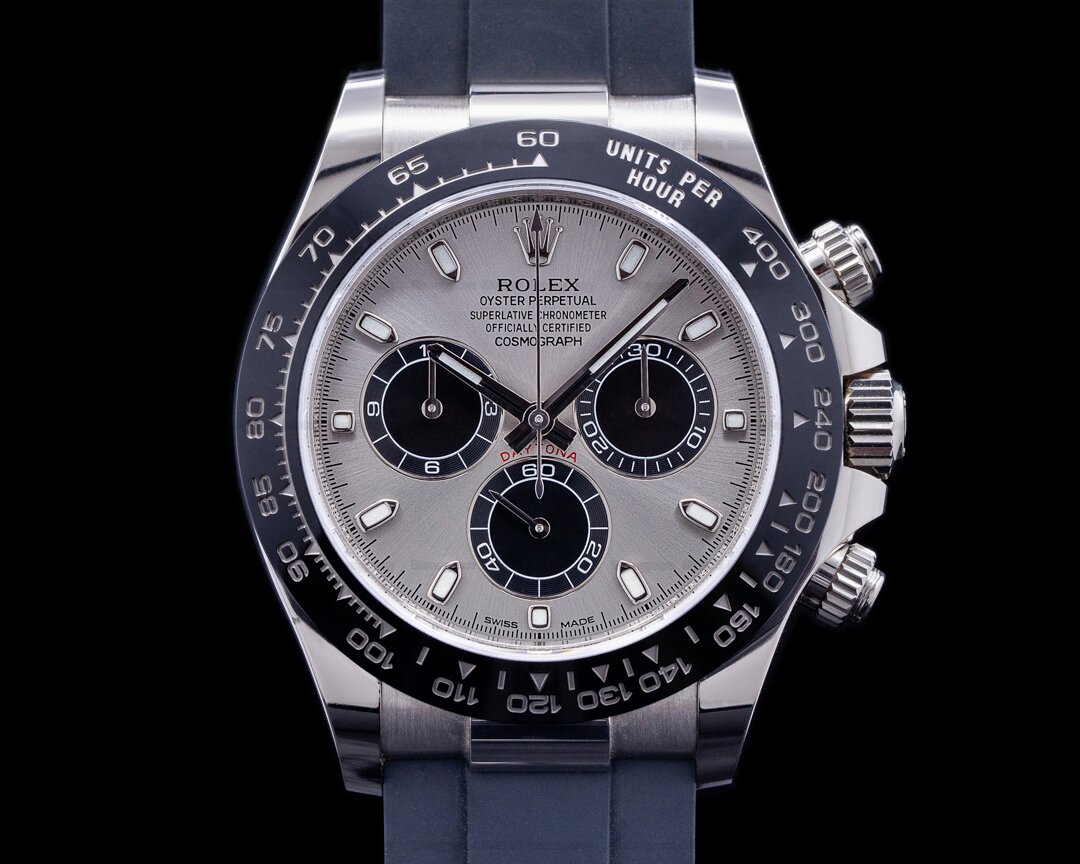 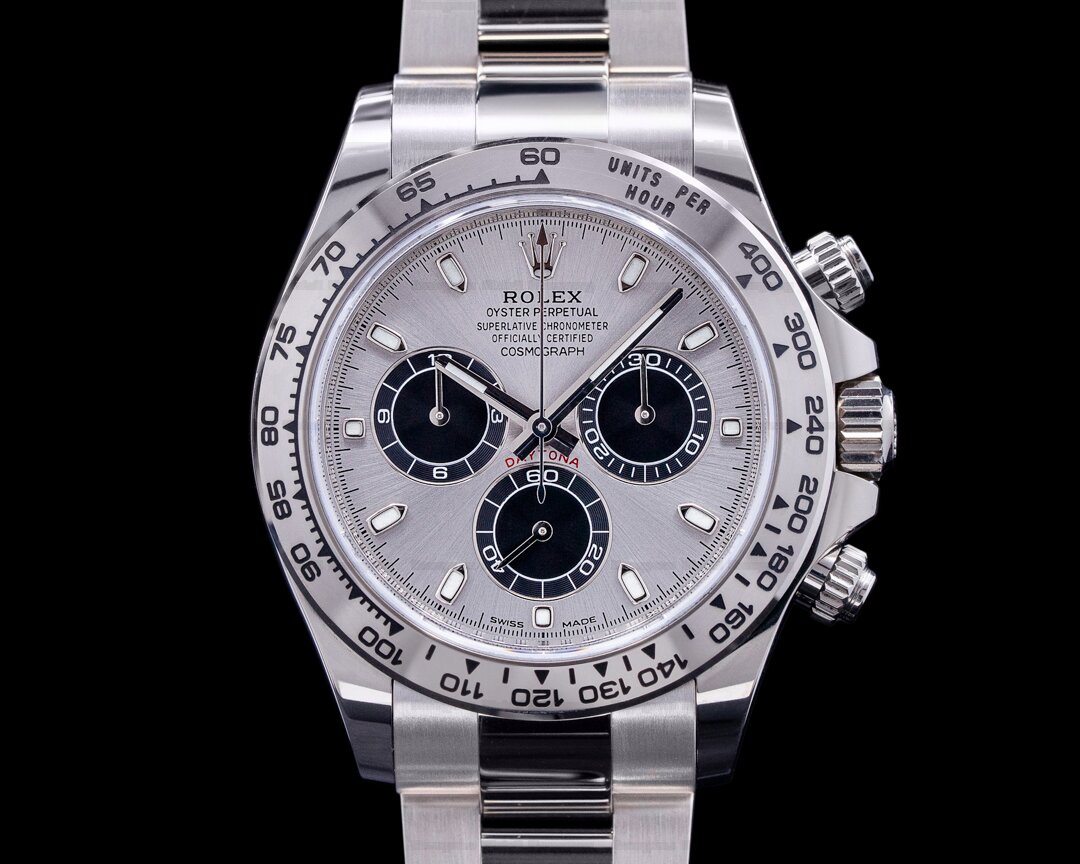 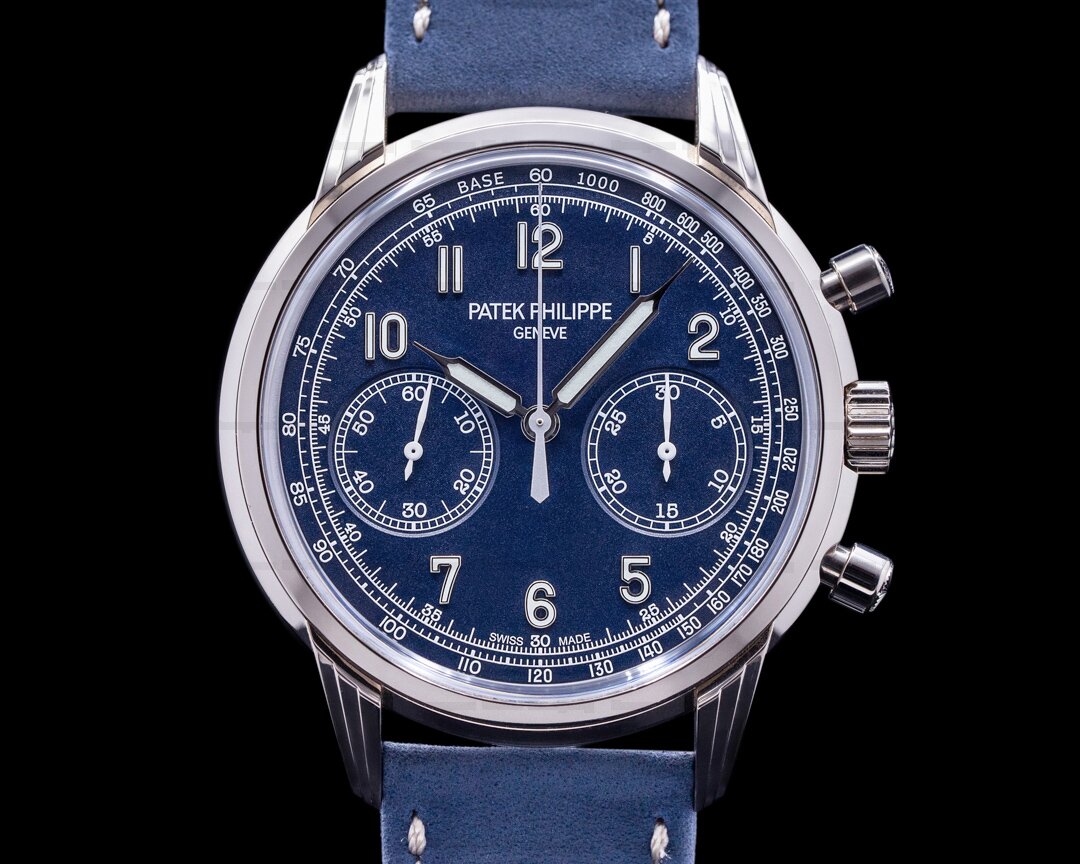 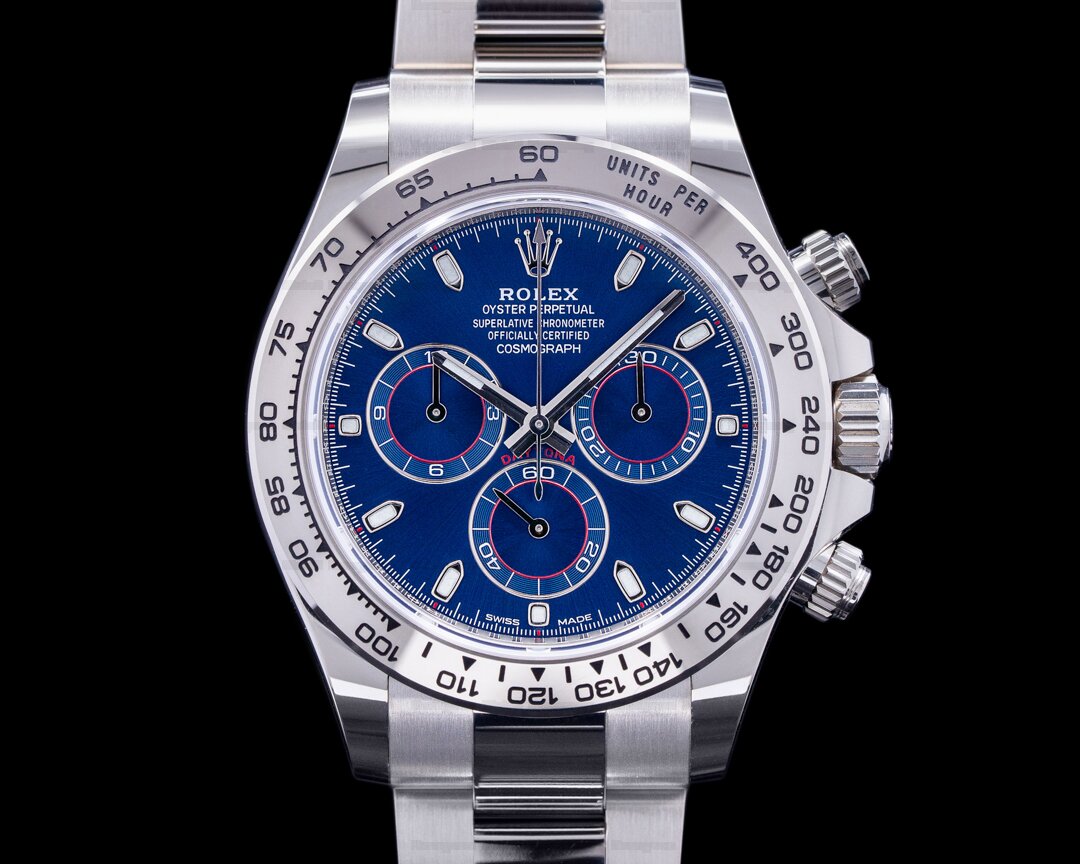 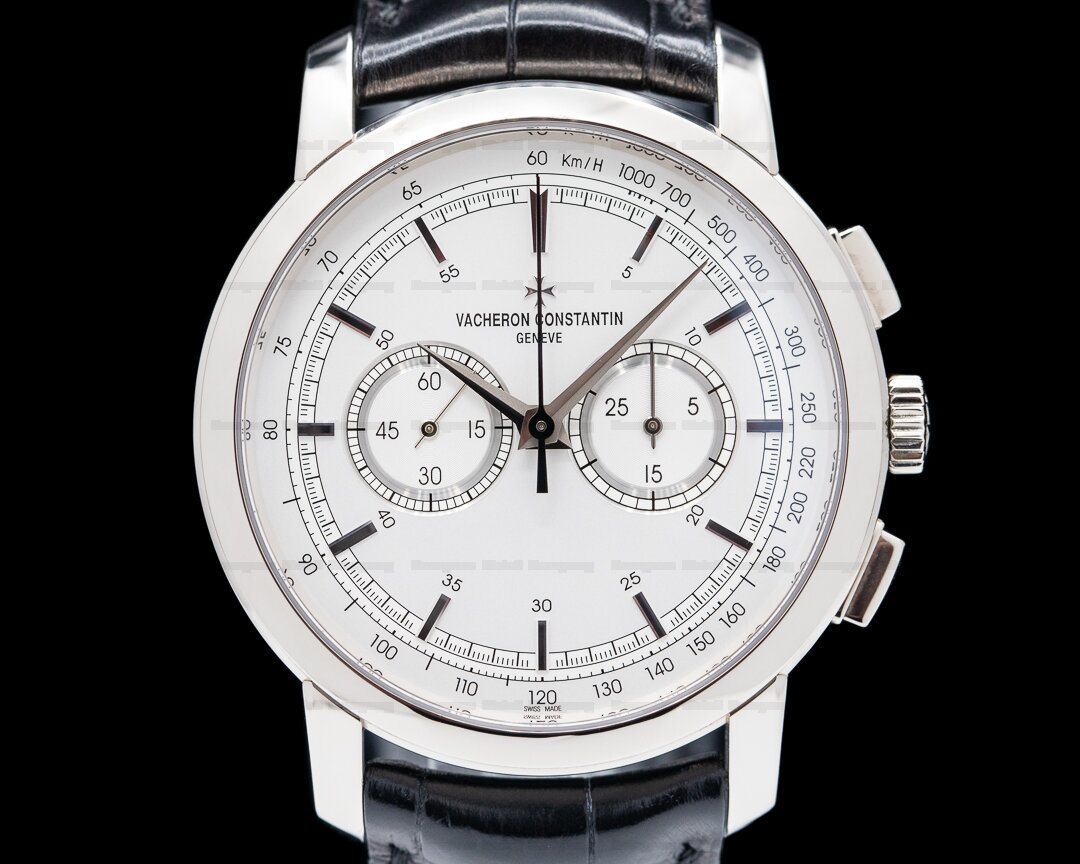 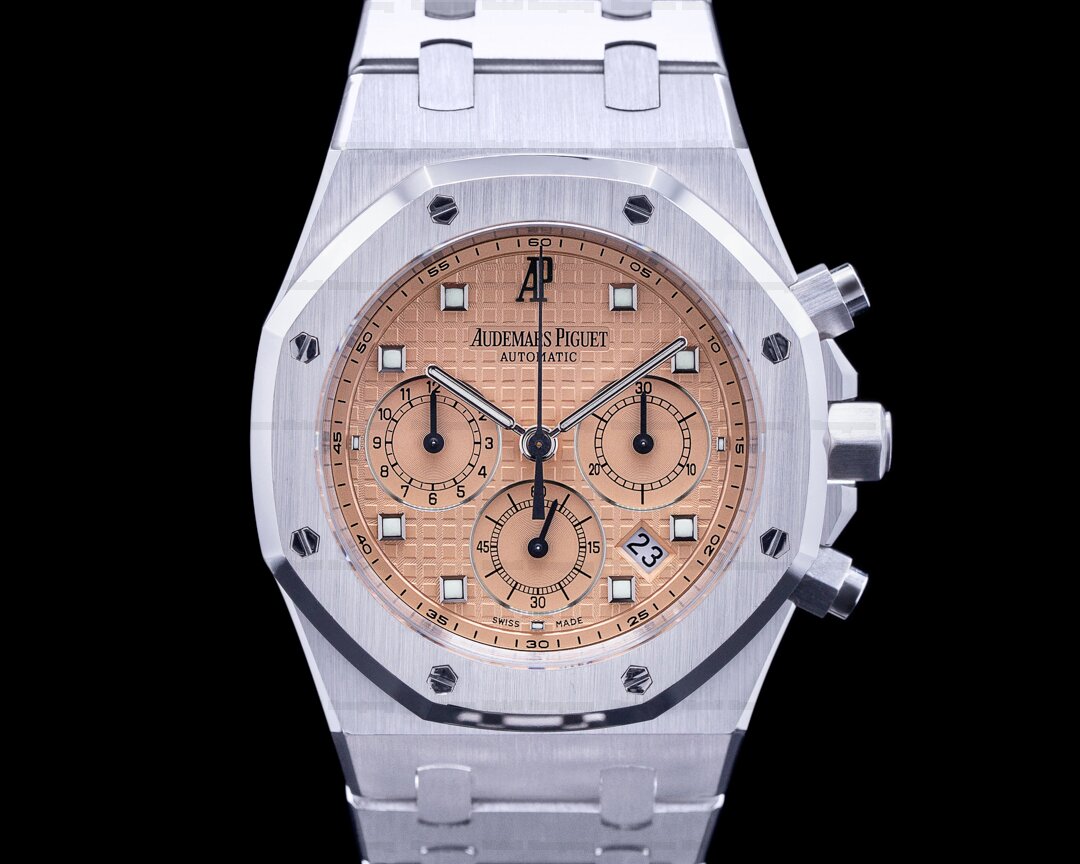