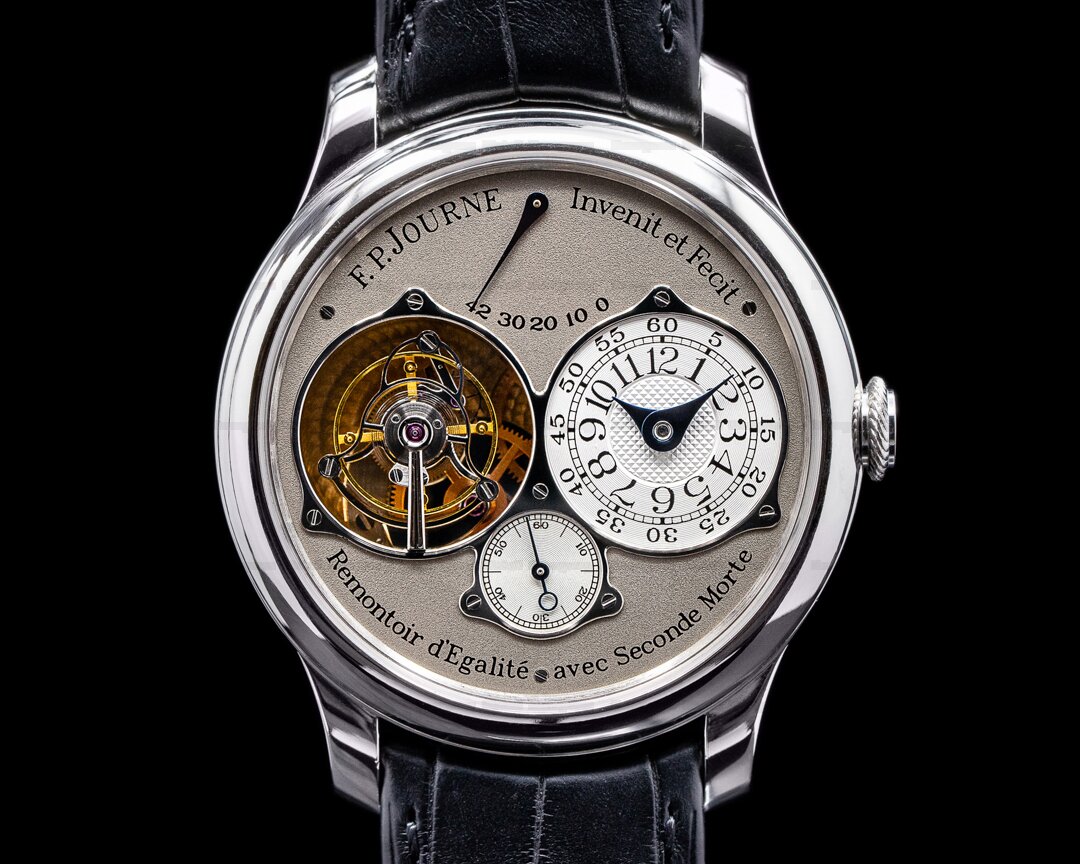 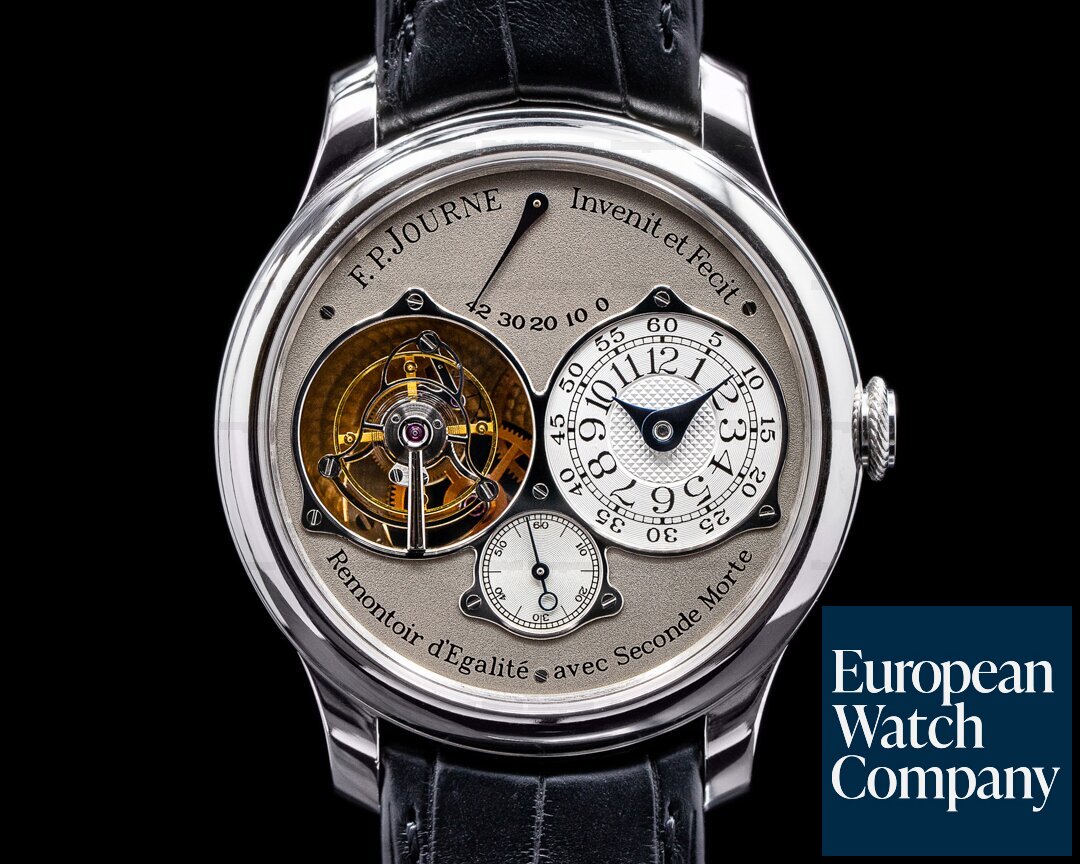 This is a platinum F.P Journe Tourbillon Souverain Remontoir d'Egalite "Dead Beat Seconds". It has alligator leather strap with a platinum tang buckle and a scratch resistant sapphire crystal. It has a pull out "rope-edge" winding crown with an exhibition sapphire display case back secured with 6 screws, and engraved with "F.P. JOURNE-TOURBILLON SOUVERAIN-PT950-INVENIT ET FECIT (Invented and Made)," several hallmarks, and a serial number. The 40mm diameter solid three-body case, downturned lugs, and angled bezel, are polished. The dial is grainy 18k white gold, with the exposed Tourbillon cage at 9 o'clock, the Remontoir d'Egalite (the constant force energy mechanism) is at 6 o'clock, and the 42-hour power reserve arc is at 12 o'clock with a blued indicator hand. There is a recessed silver subsidiary "gasket-style" dial with a guilloche center for the time, blued dart hands, black Arabic numeral hour markers, and a black 60-minute railroad-style scale and Arabic numerals every 5-minutes. It's water resistant, and the 9.9mm thick case, dial, and movement are all signed. This F.P Journe Tourbillon Souverain Remontoir d'Egalite "Dead Beat Seconds" has a mechanical manual winding Journe 18k rose gold caliber 1403 movement. It's constructed with 26 jewels, cotes de Glashutte ribbing embellishment, an Incabloc anti-shock device, and a lightly engraved case back. It has a monmetallic balance, a lateral lever escapement, a "Gyromax" balance with 4 timing weights, and a self-compensating free-sprung Breguet balance-spring with Phillips terminal curve. The constant-force remontoir with an 18K gold wheel and blade spring, is controlled by a spinning vane that's armed once a second by the force of the mainspring, insuring a steady flow of power to the balance. The F.P Journe Tourbillon Souverain Remontoir d'Egalite "Dead Beat Seconds" was produced from 2003 to 2018. 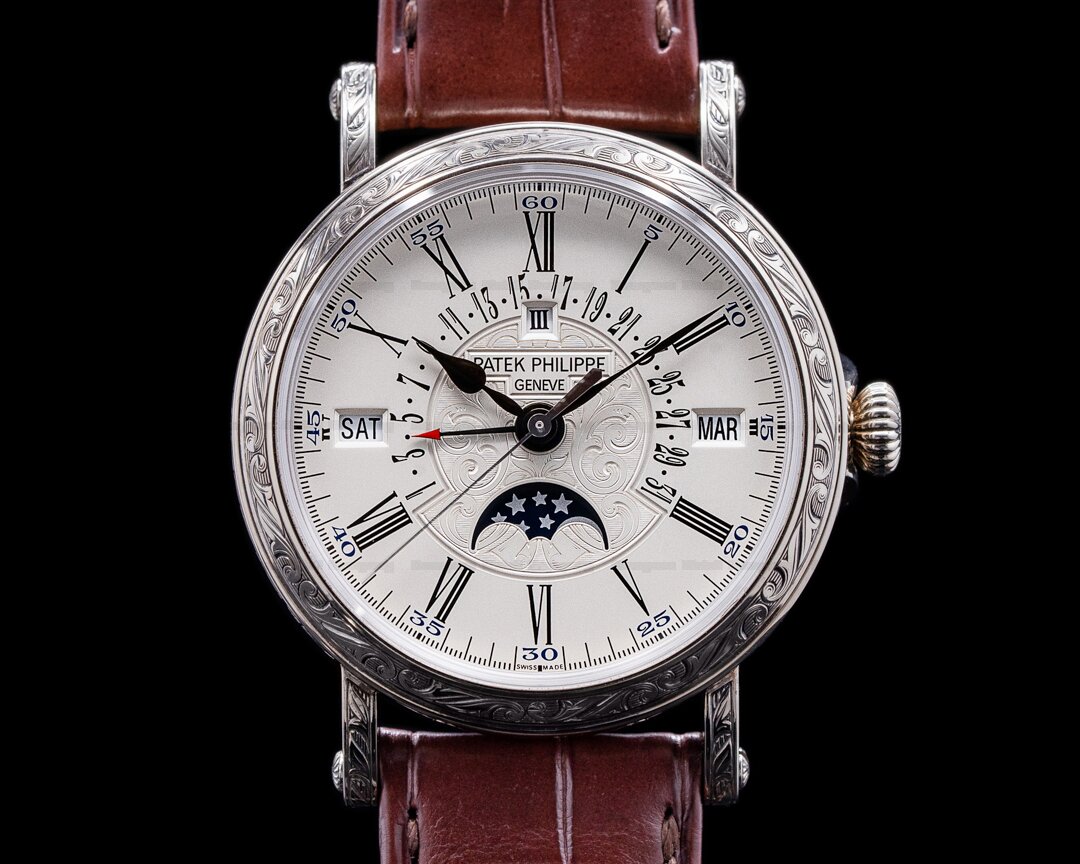 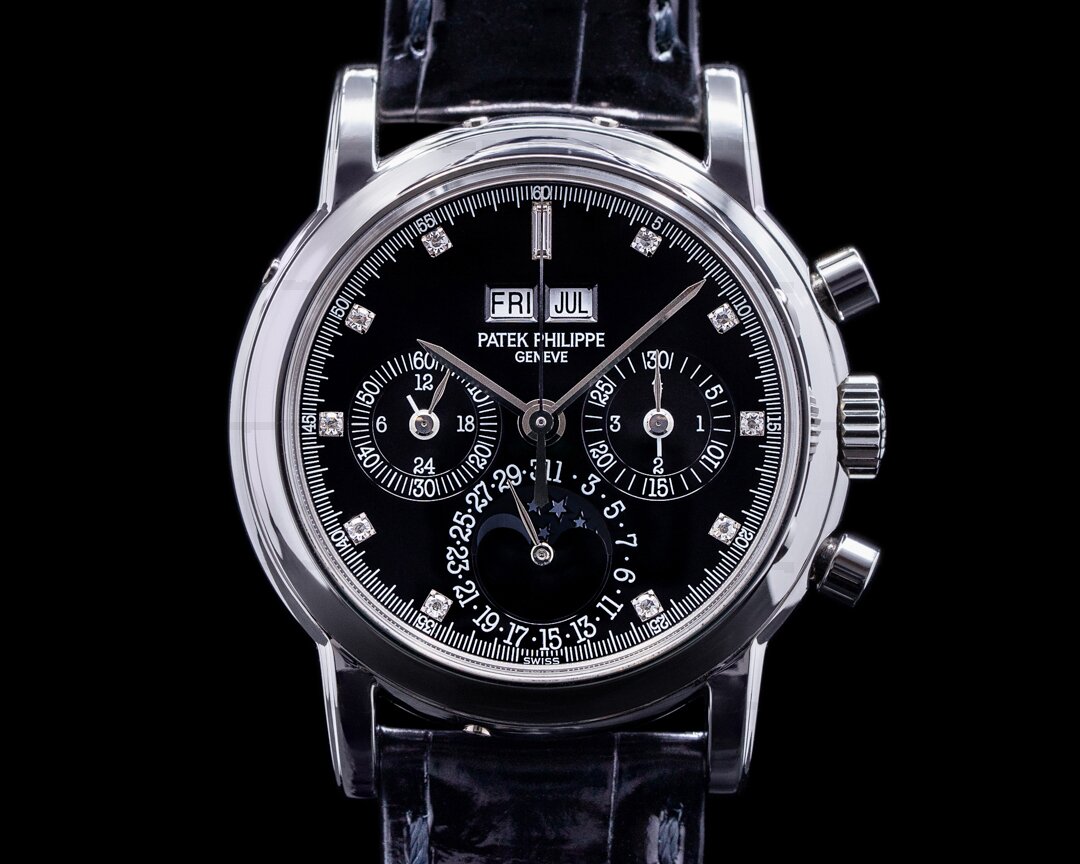 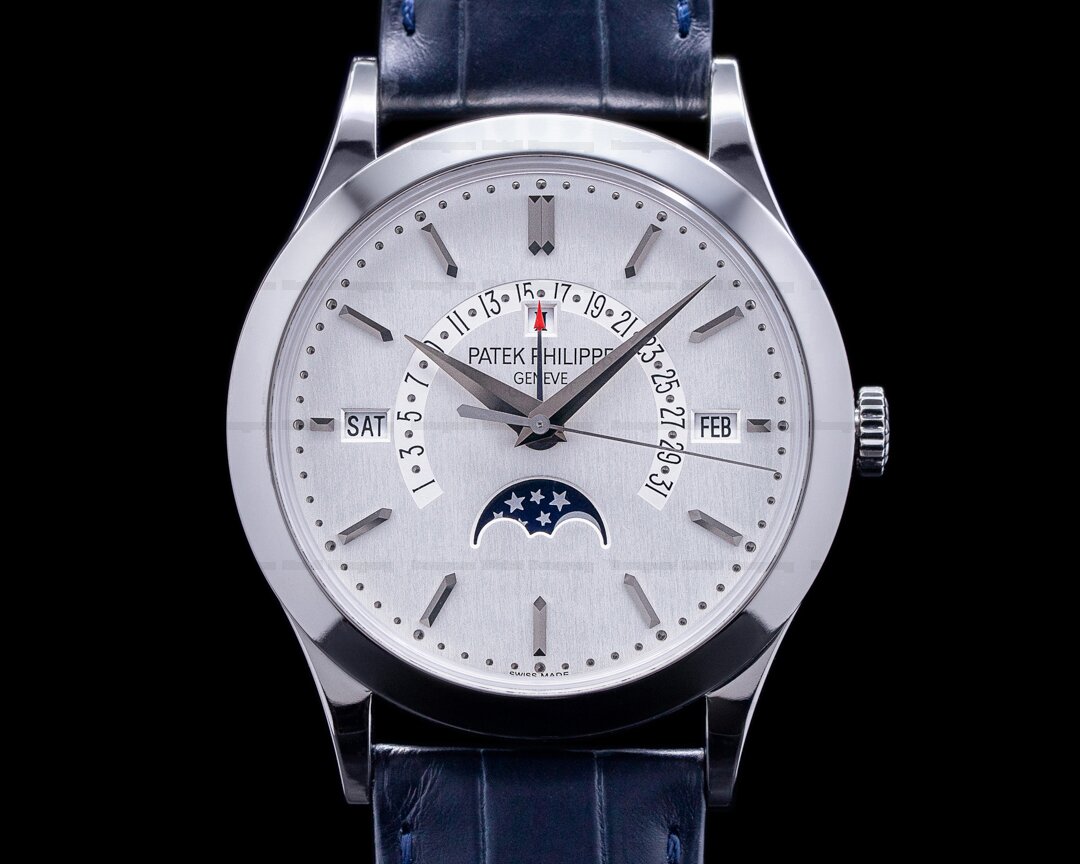 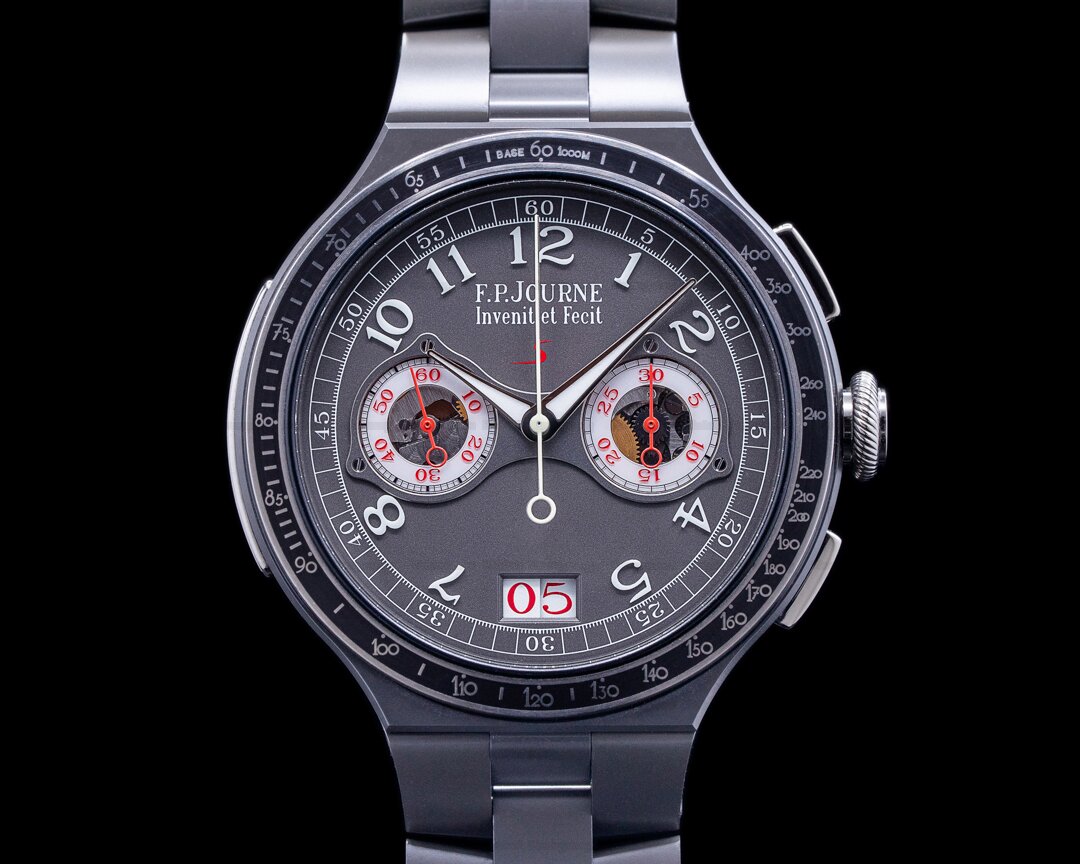 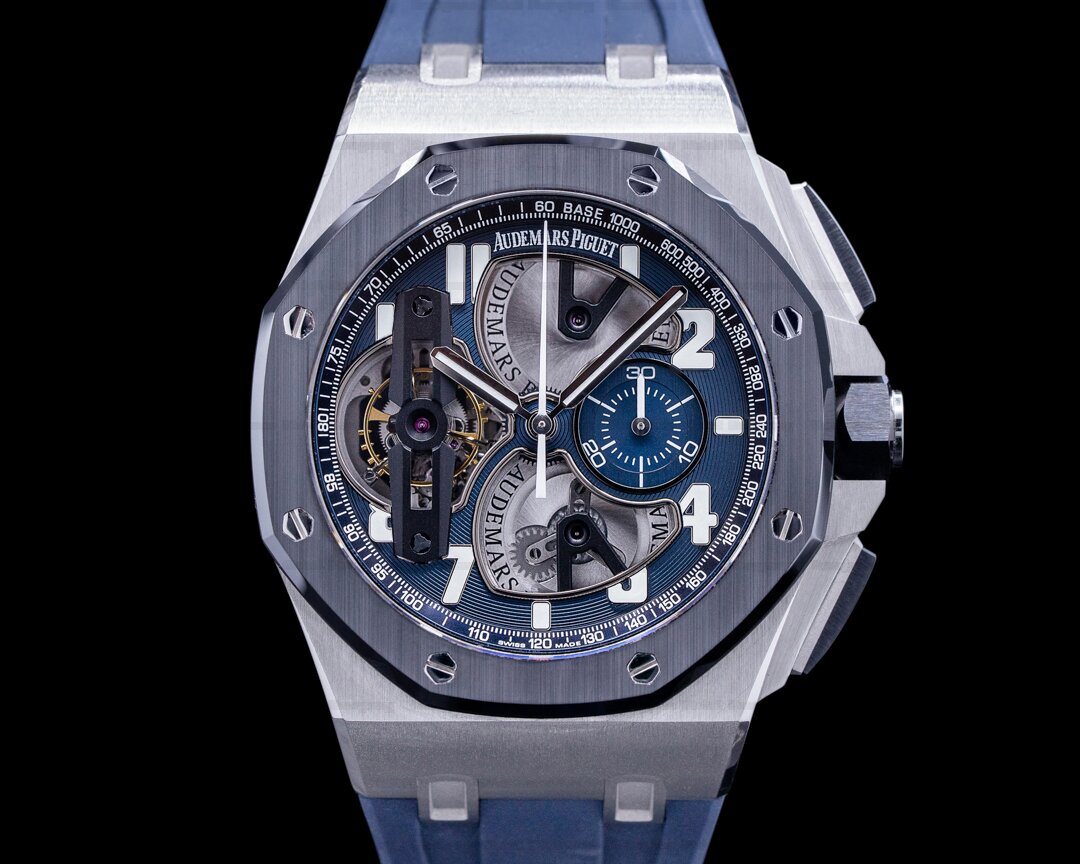 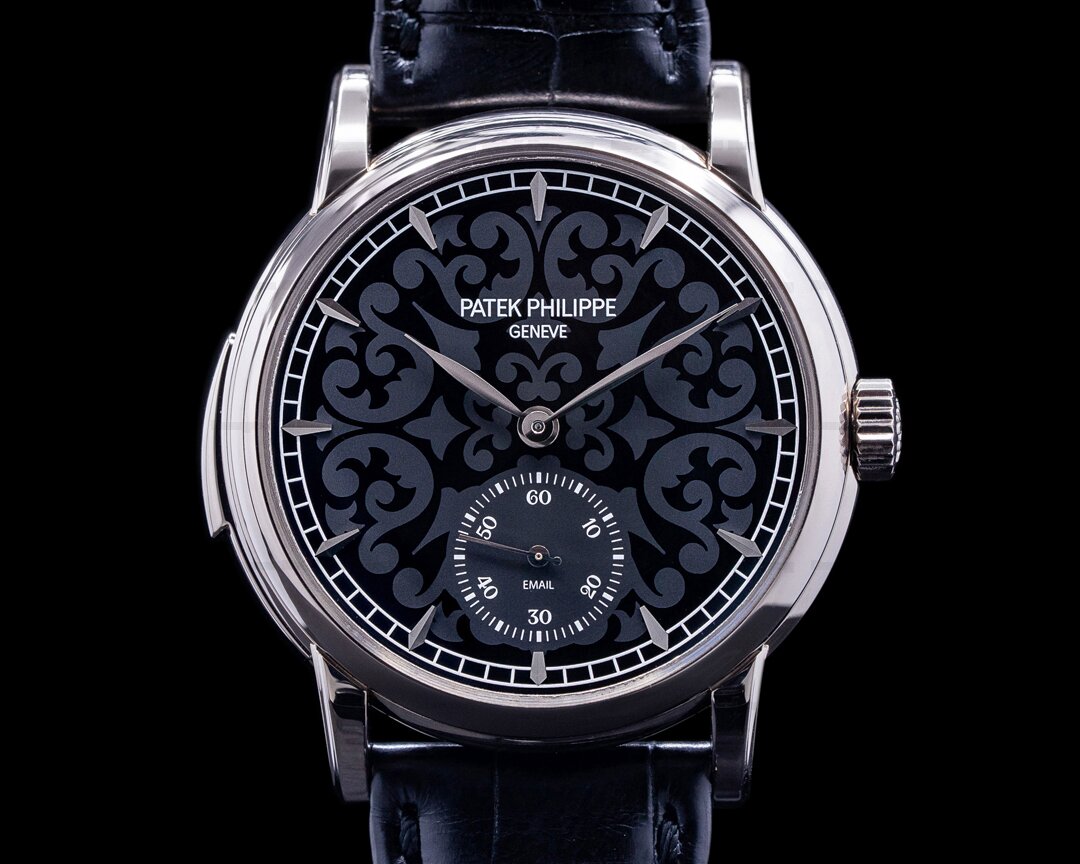 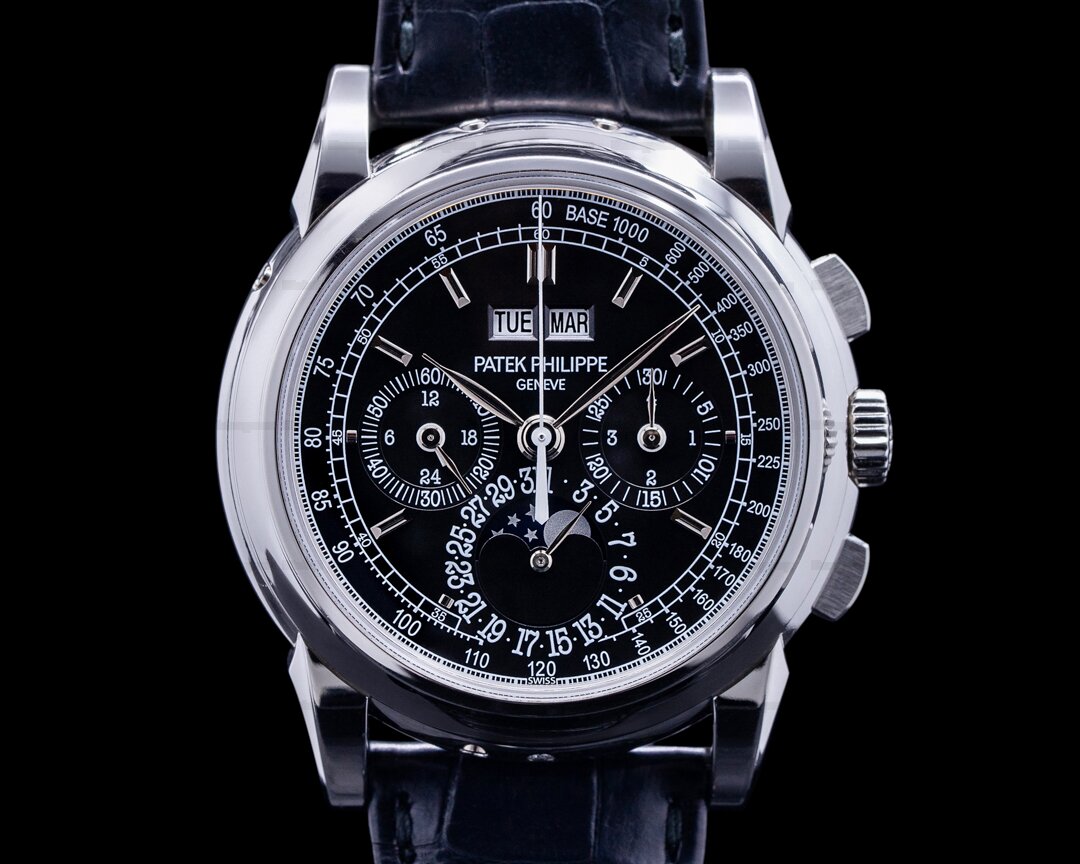 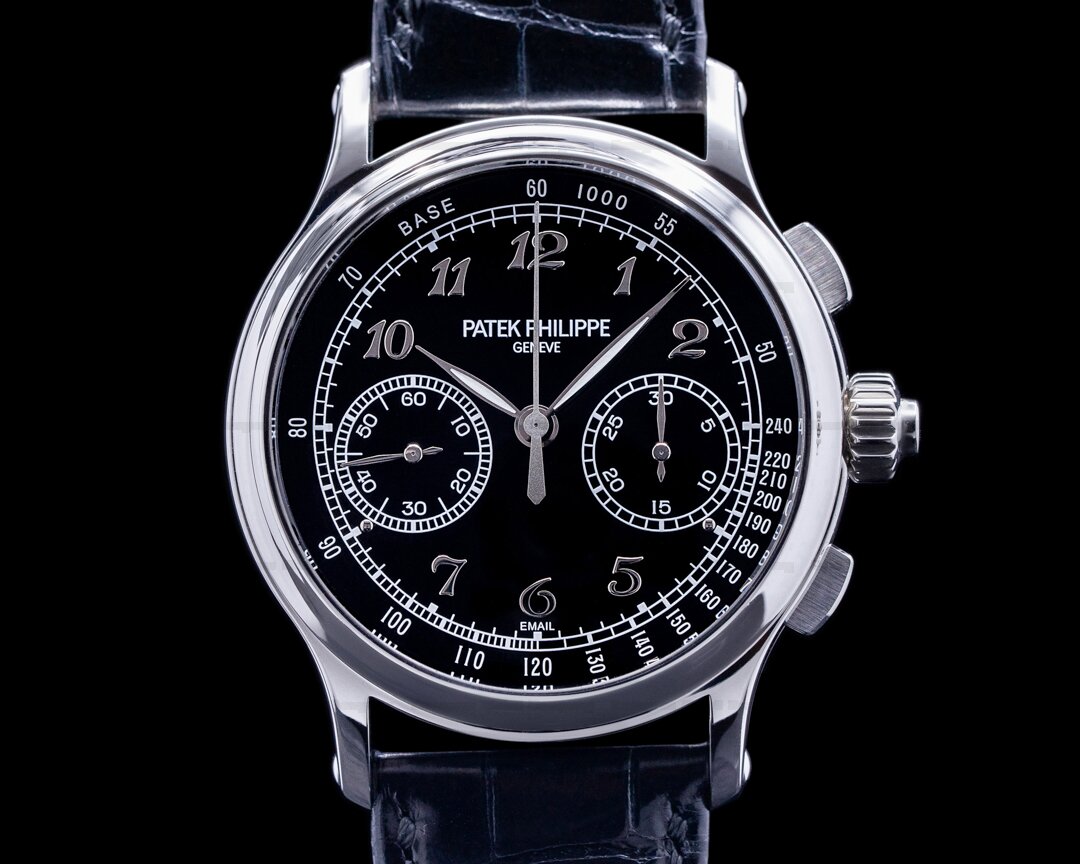 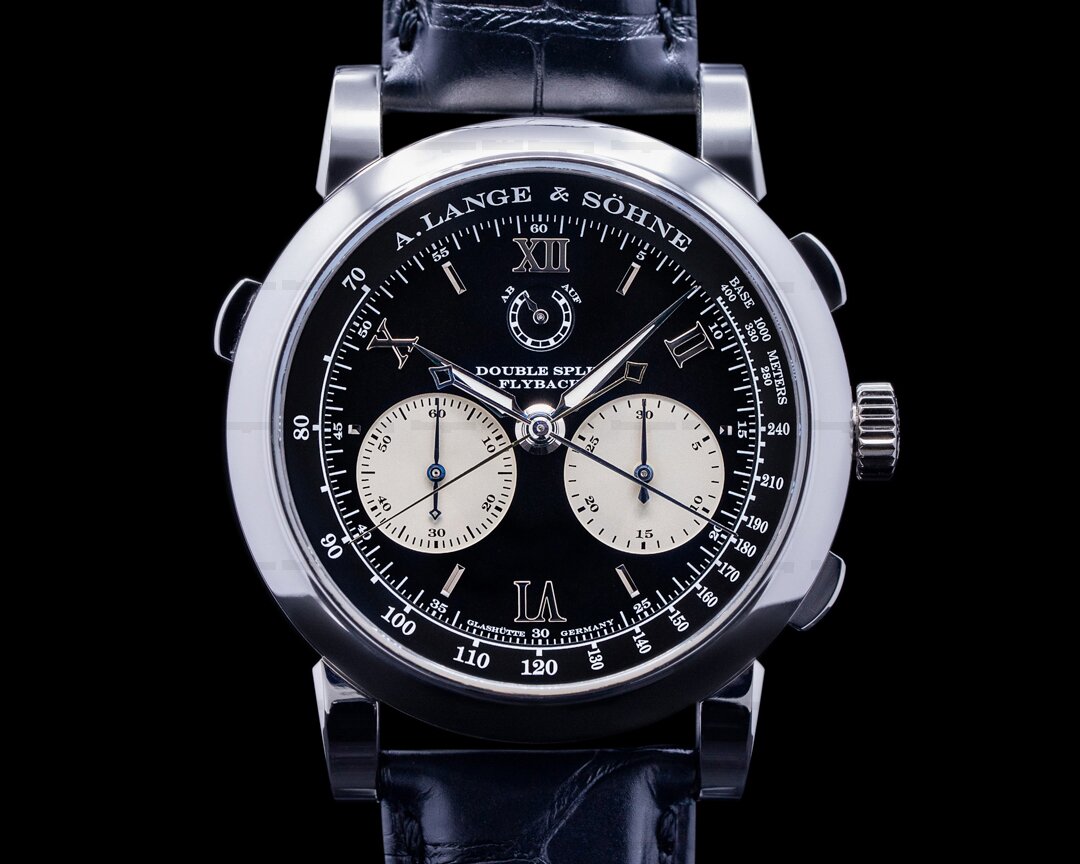 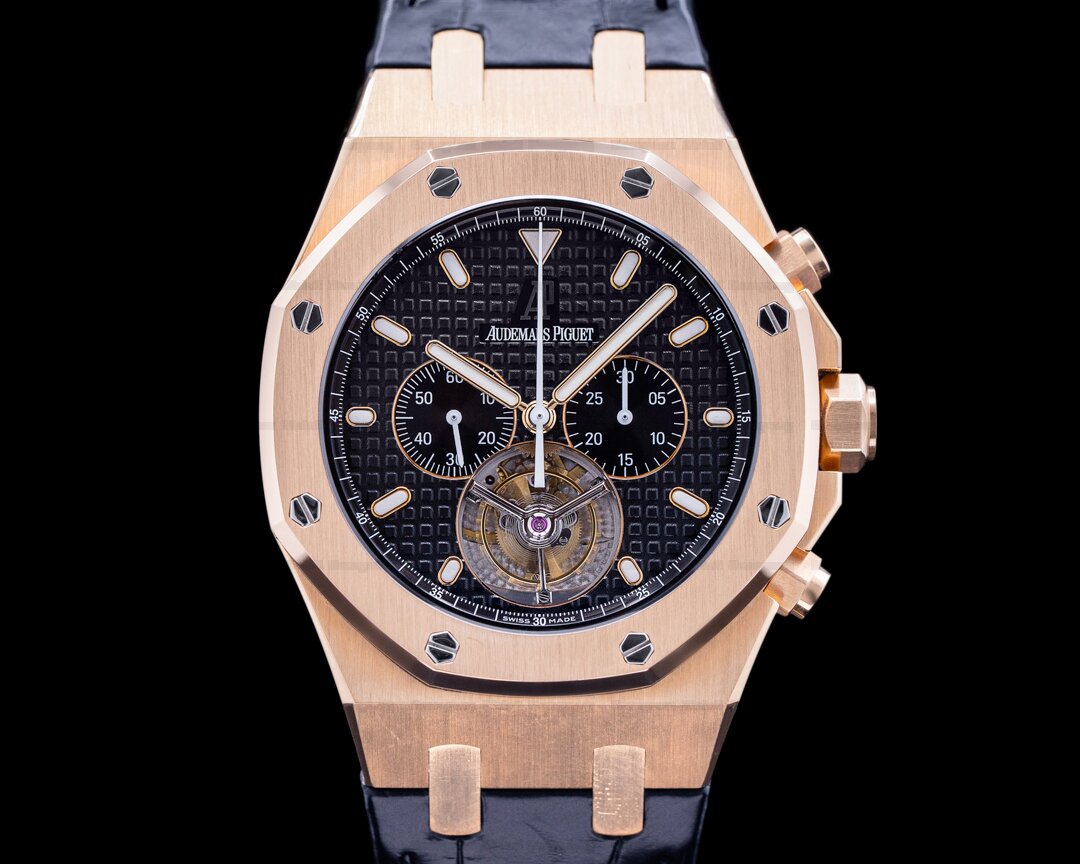